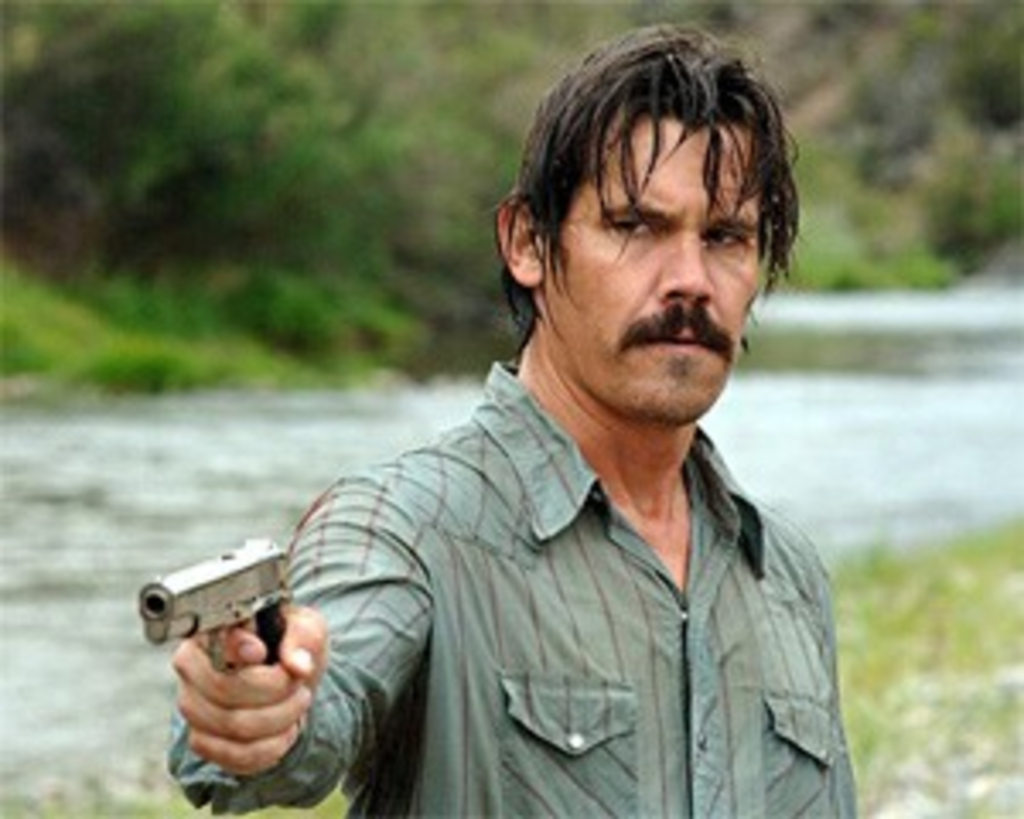 No Country for Old Men

“A horror comedy chase” is how a grinning Tommy Lee Jones describes No Country for Old Men in the making-of — meanwhile, his fellow actors add to the list such adjectives as “a very primitive ride,” “a rabbit chase through Texas,” and “a very powerful story about violence.” Or, in short, “a Coen brothers film,” says Kelly Macdonald, nailing it. Even if the movie, about a hunt for some drug loot, ain’t as perfect as it should’ve been (the final chatty scenes with Jones’ sheriff are so deep-think, they threaten to drown what’s come before), it’s still a stunning distillation of the Coens’ oeuvre. It’s Blood Simple made by grown-ups, the jokes rich and resonant, and the violence potent and disquieting. And Josh Brolin, as savvy hick Llewelyn Moss, really deserved an Oscar nod. — Robert Wilonsky

It’s sorta miraculous that Trey Parker and Matt Stone still have things to say, but they try to say too much in these three connected episodes, released here as a mini-movie. Using a plot about terrorists attacking our collective imagination (and including a subplot about Cartman trying to make Kyle suck his balls), the guys satirize Michael Bay, Homeland Security, ThunderCats, hippies, kiddie lit, televised beheadings, Al Gore, and pantheistic solipsism. With all the big ideas and cartoon bloodbaths, there’s almost no room for the humor — and these aren’t exactly the funniest episodes of the show. There’s also a commentary track full of plain talk from Parker and Stone on Hollywood, Mel Gibson, and story structure, as well as two earlier episodes that introduced critters from Imaginationland. — Jordan Harper

Brisk and clever for a while, Sleuth then becomes boring as hell, a giant chunk of chit (and chat), as Michael Caine and Jude Law do their Tom and Jerry routine. It’s a needless remake of a film once starring Caine in the Law role, as the hunk come to claim a rich man’s missus. Here it’s as cold as its setting, a dimly lit, labyrinthine manse, in which Caine’s wealthy author gulps his scotch and spouts his droll witticisms. It feels more like a drama-school exercise than a work of art — and thrills are all but absent, as the men swap roles and allegiances like throwaway disguises. The commentary tracks are infinitely more interesting than the film; the actors really dig talking about the process. Fitting, really, as the film is nothing but process without payoff. — Wilonsky

Gone is the golden age of TV miniseries, when the nation would band together to watch Shogun or Roots for eight weeks or so. This collaboration between HBO and the BBC doesn’t match the standards of HBO’s Band of Brothers, but it is a welcome reminder of what the form is good for. It follows the investigation of a missing woman and her children in five episodes, enough time to fill in the details and allow things to unfold naturally. You won’t meet a single magnetizing character, but instead you’ll witness more human moments from all the characters — from the woman’s forlorn husband and parents to the PR official for the police. Inevitably, all the drama leads to a less-than-satisfying conclusion; then again, it’s a sad mystery that depends on a thrilling solution to be worthwhile. — Harper