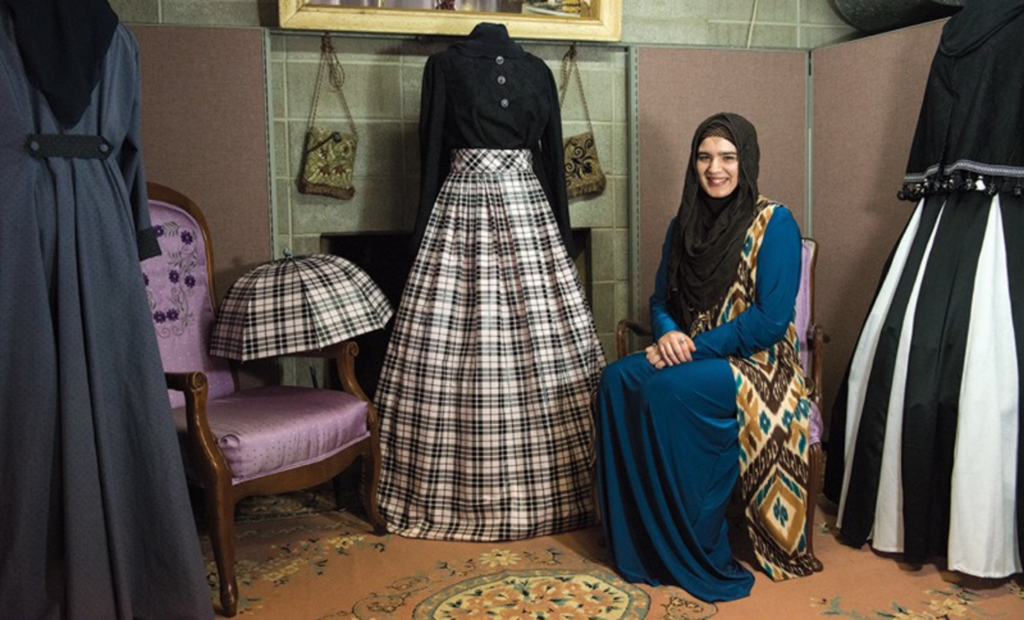 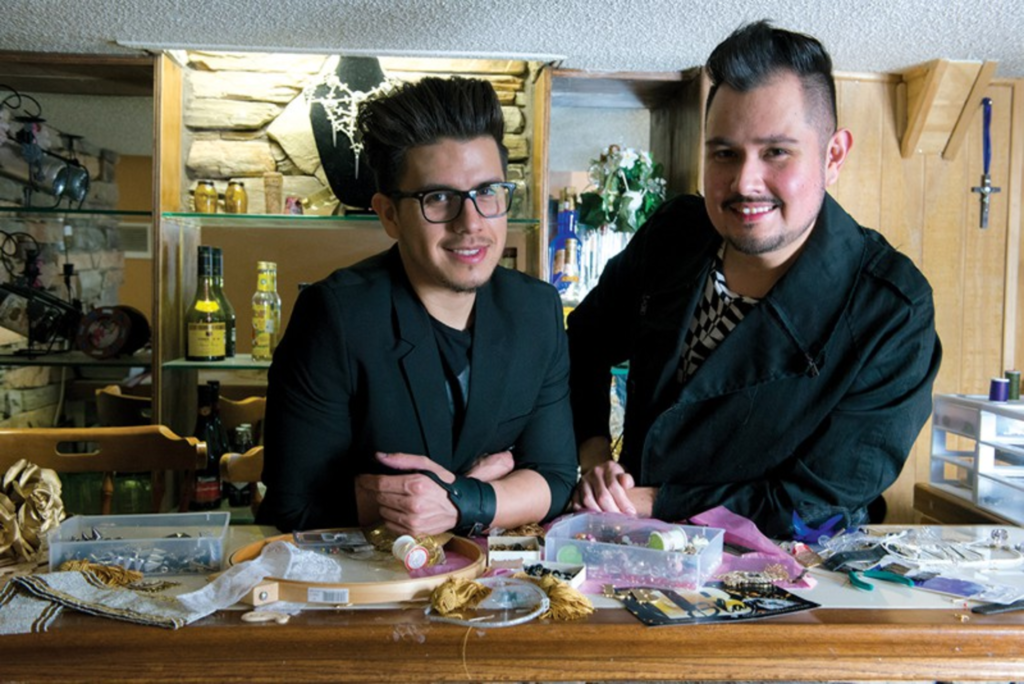 Union Station embodies Kansas City even as it also signifies movement in and away from the metro. And over the course of four days this week, the landmark transforms into a showcase of not just local life but also other cultures that exist far beyond our city’s boundaries.

The Kansas City Fashion Week runway returns to Union Station for its Spring 2014 Showcase, from Thursday, March 13, through Sunday, March 16, with a lineup that’s 20 designers deep. The couturiers showing their work draw inspiration from people, places and things both near and distant. The Pitch talked with a few whose work reflects their diverse backgrounds.

The pair behind LB Glam once created an accessories collection that evoked, as Luis Hernandez says, “a glamorous, 21st-century Frida.” The designs inspired by the late Mexican surrealist painter Frida Kahlo paid tribute to the Latino roots of Hernandez and design partner Brayan Aguirre while highlighting an admirable figure.

For Hernandez and Aguirre’s first Kansas City Fashion Week showcase, they’ve put together a collection centered on another strong woman: Venus. “It’s based on what we believe a Venus from planet Venus would be like,” Hernandez says.

So what results when you blend inspiration from the Roman love goddess and the brightest spot in the solar system?

“We’re utilizing a lot of crystals and gold. There’s some sulfur, too, and a lot of wiring,” Hernandez says. “We’re working with a lot of unconventional materials and are aiming for classic, with a modern twist.”

A painting triggered the collection.

“We stumbled along an image of Venus,” Hernandez says. “There she was, naked, not slim. It struck us, and we said, ‘Let’s make a collection involving this.'”

Hernandez’s flair for accessories dates back to an interest in his grandmother’s pearls and other elegant pieces. Prior to starting the design line, he and Aguirre worked together as LB Styling, focusing on hair and makeup.

“Really, my fashion creativity was tamed for a while, until I met Brayan, and he pushed me to get the confidence to produce,” Hernandez says.

Their first piece, a gift for Hernandez’s sister, was a flashy necklace that received much praise. Two years ago, they launched LB Glam with an emphasis on accessories that they describe as “handmade luxury.” As new designers on the scene, they’ve enjoyed what they view as an underdog role at shows, first at Latino Fashion Week in Chicago and now at Kansas City Fashion Week.

“We’re excited for everyone to see what we’re capable of,” Hernandez says.

Ola Hawatmeh is well-known for her brazen personality and designs, but she stands to make the most difference with a trait tied to her background: generosity.

Hawatmeh, of the line Ola Style, had a conservative upbringing in New York. Today, the St. Louis designer and local celebrity, who has Jordanian and Lebanese roots, has received much recognition for her giving spirit. Her work includes organizing dress drives for the needy.

“I’ve stuck to my cultural beliefs,” Hawatmeh says. “I was raised on the importance of female empowerment and touching others’ lives. What’s the purpose of doing something that you are passionate about if it’s not helping to change others in a positive way?”

At times, her background and her life as a designer cross in entertaining ways. She laughs as she tells a story about how her Jordanian grandmother — who wears a headpiece, never cuts her hair and prays the rosary at 5:30 a.m. each day — reacted to Hawatmeh calling her swimsuit line Kharma, her grandmother’s first name.

“She’s yelling at me on the phone in Arabic: ‘You named all these half-naked women after me?'”

Hawatmeh has worked in the New York fashion industry and served as a personal stylist to the Hollywood elite. Her favorite celebrity? Brooke Shields. “She’s really kind and easy to work with and very faith-based,” she says.

In St. Louis, Hawatmeh’s work has led her to appearances on local TV shows, picking the best- and worst-dressed at the Oscars. (This year, she named Goldie Hawn best and Whoopi Goldberg worst.)

She has presented at fashion weeks in a handful of other cities, but Kansas City’s event remains a highlight for her. “I always tell people that Kansas City has such a well-organized fashion week,” she says. “It’s a delight.”

Zohreh Zarrabi’s designs dispel myths. As a Muslim and a follower of Islam, Zarrabi embraces the hijab: the term referring to the modest Islamic dress code for women. So she often hears the misconception that the style is oppressive.

“The hijab is not meant to conceal a woman’s inner beauty but to emphasize her mind and intellect,” Zarrabi says.

Zarrabi’s Kansas City Fashion Week debut features a collection that merges her background with some of today’s hottest trends — “modest street fashion,” she calls it. Expect wide-leg jumpsuits, hooded jackets and maxi dresses, designed in such a way that loose, nonsheer clothing covers most of the body.

The designs, she hopes, will show women that modesty can be fashionable.

“The hijab is not just for believers of Islam, but it is for all women who dress or wish to dress modestly,” she says.

Zarrabi, a Kansas City native who has worn the hijab since she was a child, hopes that others perceive her designs as forms of beauty.

“I have always believed that wearing the hijab was beautiful and made me a stronger person,” she says before citing her personal motto: Modesty shines from within. “I choose to dress modestly to create an identity for myself that symbolizes my faith and beliefs in Islam. My intention is not to dress to impress, but to dress to express who I am and what I stand for.”