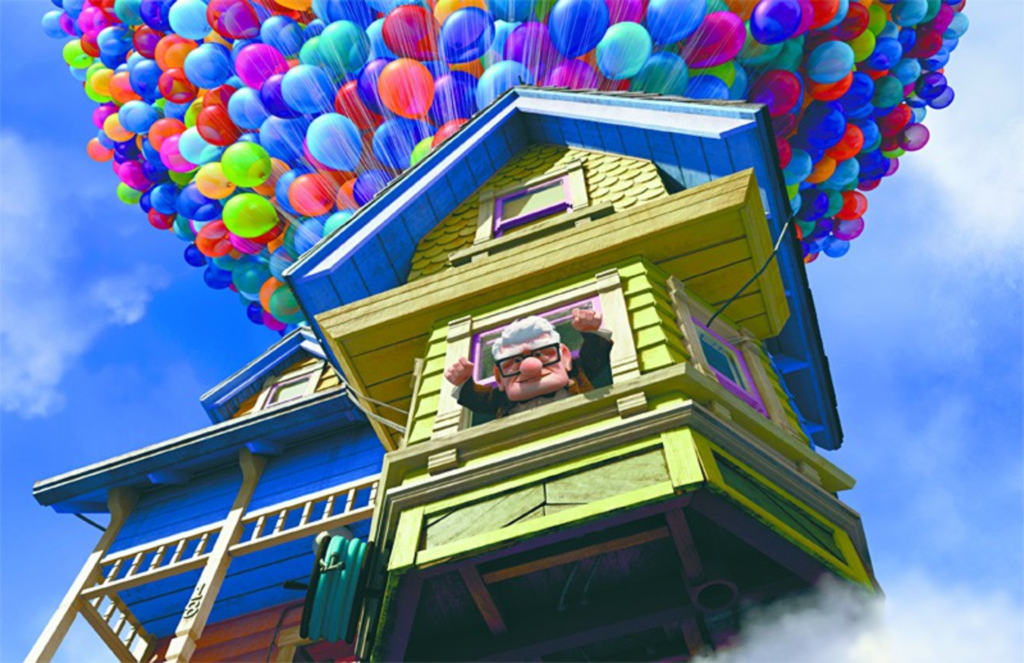 J. Hoberman, Robert Wilonsky and Scott Foundas put their minds together to come up with their favorite films of the year. Let’s hear it for teamwork.

1. The Hurt Locker: The decade’s strongest Iraq movie is also the year’s finest action flick, not to mention director Kathryn Bigelow’s personal best. Working from Mark Boal’s knowledgeable script, The Hurt Locker is impressively old-school in its construction of suspense and character, and horrifically topical in its depiction of existential terror and men at war. (J. Hoberman)

2. Police, Adjective: Romanian director Corneliu Porumboiu’s slow-burn absurdist triumph begins as a police procedural in which a small-town cop is assigned to tail a high-school student suspected of selling pot. The more the cop questions the futility of his mission, the more his superiors remind him that it isn’t his place to question the letter of the law, until finally the movie itself suddenly and unexpectedly transforms into an exhilarating verbal pingpong match about conscience, personal morality and the true meanings of words. (Scott Foundas)

3. Inglourious Basterds: All hail Quentin Tarantino’s smashingly entertaining World War II romp about a half-dozen American grunts trying to bring an end to the Third Reich, with a little help from a cheerfully sadistic, polyglot SS colonel played by Christoph Waltz in one of the breakout performances of the year. By the end, it’s clear that the movie-mad Tarantino is manufacturing his own brand of propaganda film — one in which Jews and Nazis may battle it out to a fiery finish, but it is cinema that emerges triumphant. (Foundas)

4. The Headless Woman: Vero, a middle-aged dentist with a peroxide blond do and a saucer-eyed stare hits something with her car — a dog, she thinks — early on in Argentinian director Lucrecia Martel’s willfully disorienting, what-really-happened head scratcher. The movie’s true subject, however, is the self-satisfied stagnation of the privileged elite, whom Martel eviscerates without mercy. In a mordant running joke, Vero’s family and friends keep assuring her that everything is fine, even as it becomes obvious that it most certainly is not. (Foundas)

5. The White Ribbon: While Tarantino was busy romanticizing the downfall of German fascism, Michael Haneke set about exploring its roots in this masterful, World War I-era sociological drama that brought the Austrian filmmaker his long-overdue Palme d’Or at the Cannes Film Festival. The ribbon of the title, a symbol of innocence and purity, is one that Haneke gradually unravels as a schoolteacher in a rural German village hones in on the ritualistic cycle of domination, submission and humiliation churning beneath the town’s placid Protestant surface. The movie feels like an art-movie classic even as you’re watching it for the first time. (Foundas)

6. Hunger: British video-artist Steve McQueen’s first feature is a doubly tough-minded piece of work. As visceral as it is formalist, Hunger is both an extreme drama and a reasoned political essay. Based on the jailhouse passion of Irish Republican martyr Bobby Sands, it’s informed by a thousand years of religious art — a cinematic icon with an awe-inspiring final movement that’s something to experience as much as watch. (Hoberman)

7. Big Fan: Patton Oswalt’s Paul Aufiero doesn’t see much daylight, unless it’s from the parking lot of Giants Stadium during a home game. He’s a midnight creature — working an after-hours job in a parking lot, followed by wee-small-hours scripted phone calls to sports-talk radio. And then, through a series of events, our hero is assaulted by his hero, loyalties are tested and guns are pulled. Director Robert Siegel’s script is smart, and the acting by Oswalt is even better. Could have said the same of last year’s The Wrestler, which Siegel wrote. People liked that one better — maybe because Randy the Ram was a comeback story, and this one is pure go-away. (Robert Wilonsky)

8. A Serious Man: Of all the Coen Brothers’ movies, this is the first one to hit hard. The narrative, no matter how elliptical, resonates with sincerity often absent from even Joel and Ethan’s best films; it feels as though, finally, this is the movie they had to make, as the brothers boil down generations of assimilation angst into the story of a professor named Larry Gopnik (Michael Stuhlbarg, and where’s his Oscar talk?) betrayed at every turn — by his wife especially (who leaves for a pompous, “serious” man) but also by his rabbis, from whom Larry learns too late that not even a good story can stop the wrath of God. (Wilonsky)

10. Up: I know there’s a kid’s movie in here somewhere — my 6-year-old says so — but it takes a good 20 minutes to find it. That’s how long it is until Carl Fredricksen (voiced by Ed Asner) lets loose with the balloons and winds up in South America, where he confronts a hero-turned-villain — the stuff of every great cartoon, including every one of Pixar’s previous. But, first, the windup: a nearly wordless love story in which little kids Carl and Ellie meet and grow up and marry and suffer heartbreak (she can’t have kids) and smile through each defeat with grace and grow old until, oh no, Ellie’s dead. And, then, the old man lugs over his slumped shoulders every single memory, literally, till at last the burden is eased by another who has been abandoned. Pretty mature stuff. (Wilonsky)