Thrashin’ and grindin’ with Municipal Waste and Napalm Death, Friday night at the Granada 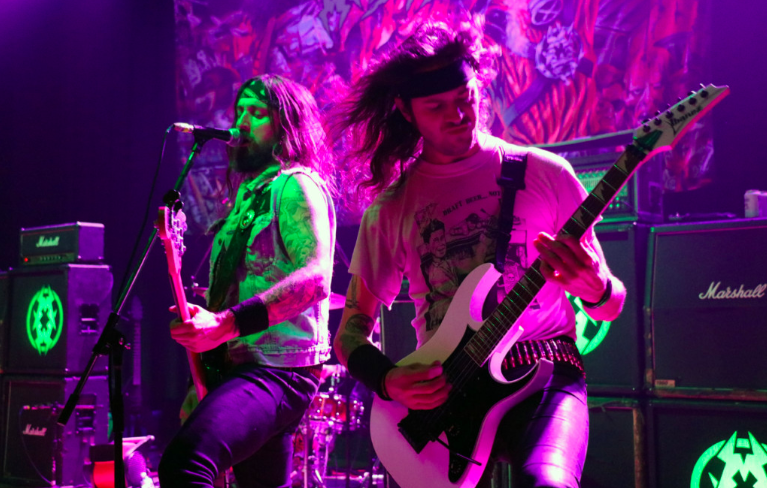 Municipal Waste
with Napalm Death, Sick of It All, and Take Offense
The Granada
Friday, October 18

Friday night’s show at the Granada was all killers. Richmond thrashers Municipal Waste hadn’t been through in years, and the crowd was beyond hyped to see the band unleash its beer-fueled, mile-a-minute riffathons. Frontman Tony Foresta’s been making time with hardcore act Iron Reagan for a while now, but his delivery on Waste songs like “You’re Cut Off” or “Headbanger Face Rip” is a far better fit. Even if Waste’s latest, The Last Rager, is only an EP, it’s still great to see the band back at it again. 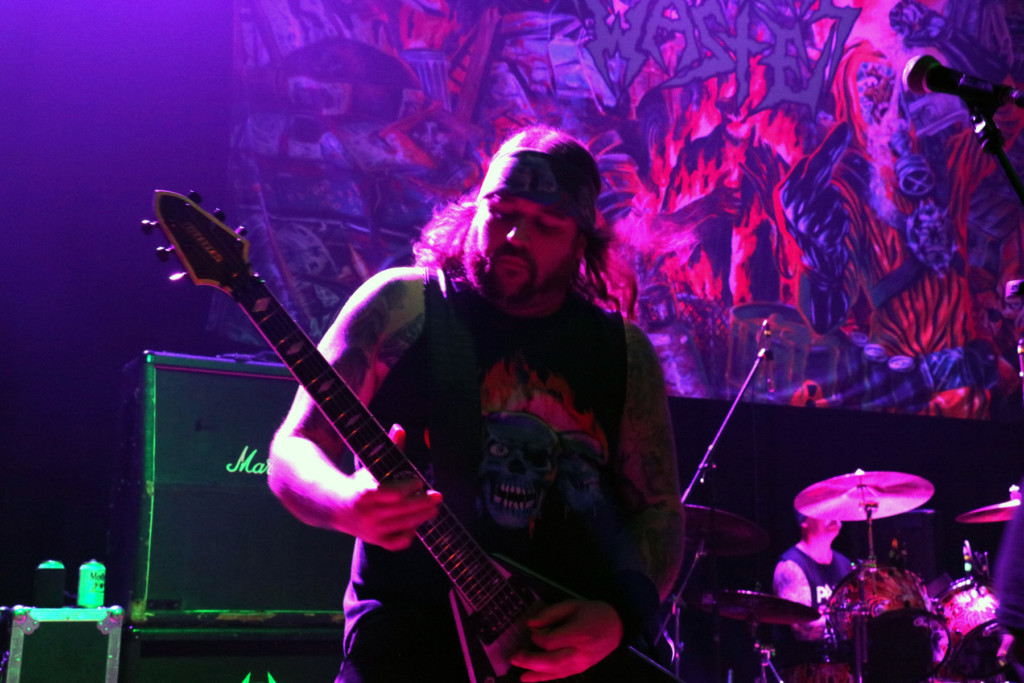 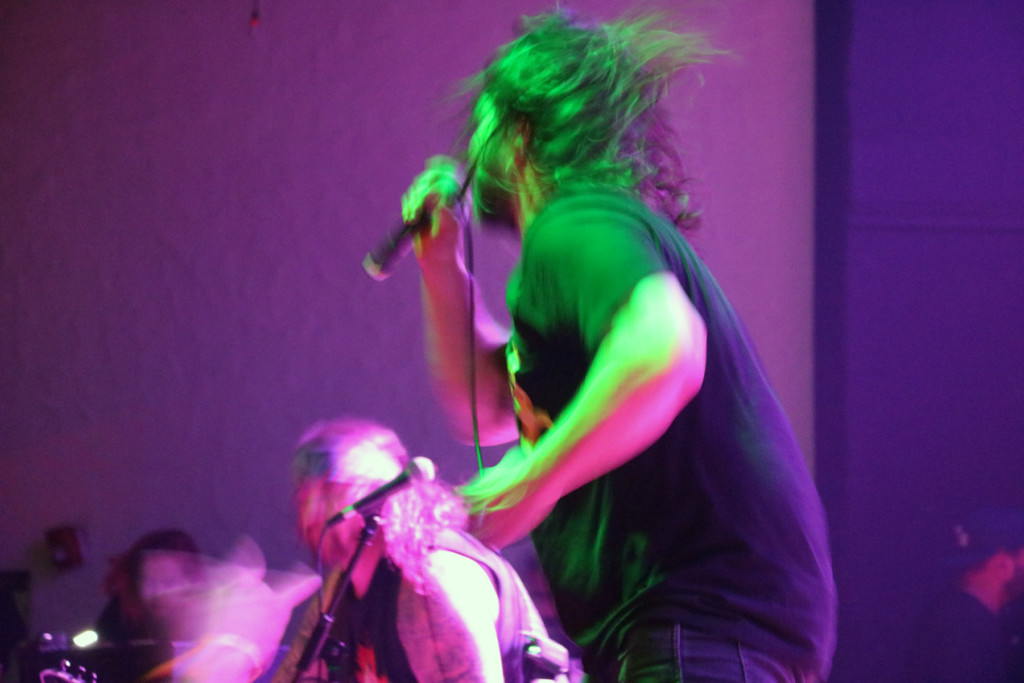 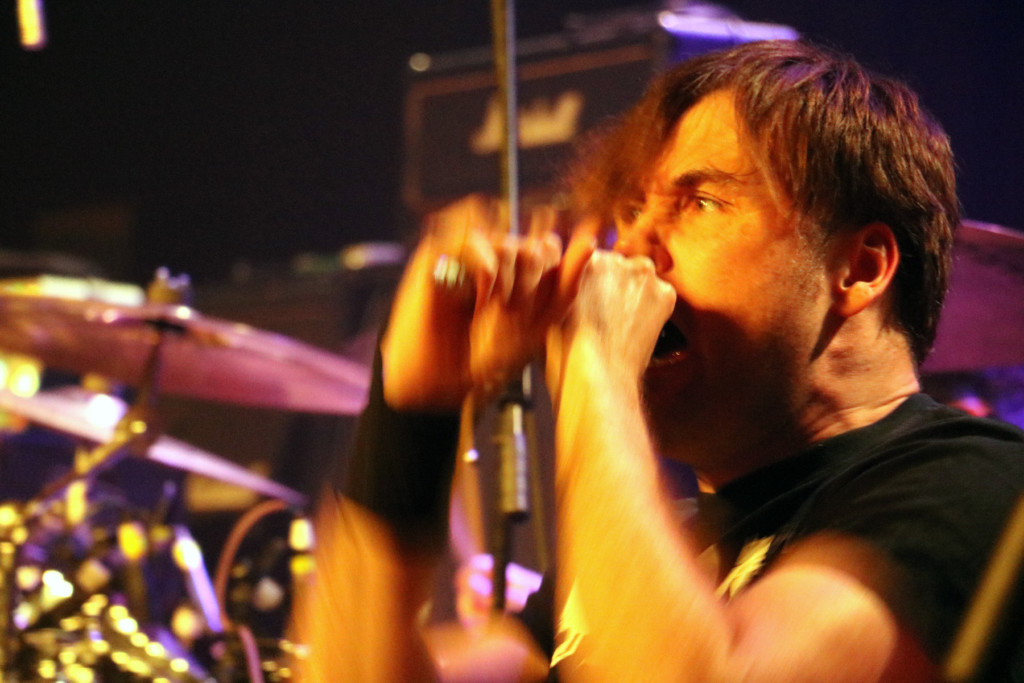 Legendary English grindcore band Napalm Death basically played a headline set, though one slightly different than many likely expected. Frontman Mark “Barney” Greenway hobbled out with a crutch under his left arm. It appears he’d recently injured himself banging into things onstage, so he performed the entire set seated in a folding chair. It didn’t seem to affect his delivery at all, nor was the band’s intensity lessened by the ringer guitarist who replaced Mitch Harris, who’s had some visa issues. Still: their songs were intense shocks, and a five-song string of tracks from the band’s ’87 debut, Scum, was one hell of a highlight. 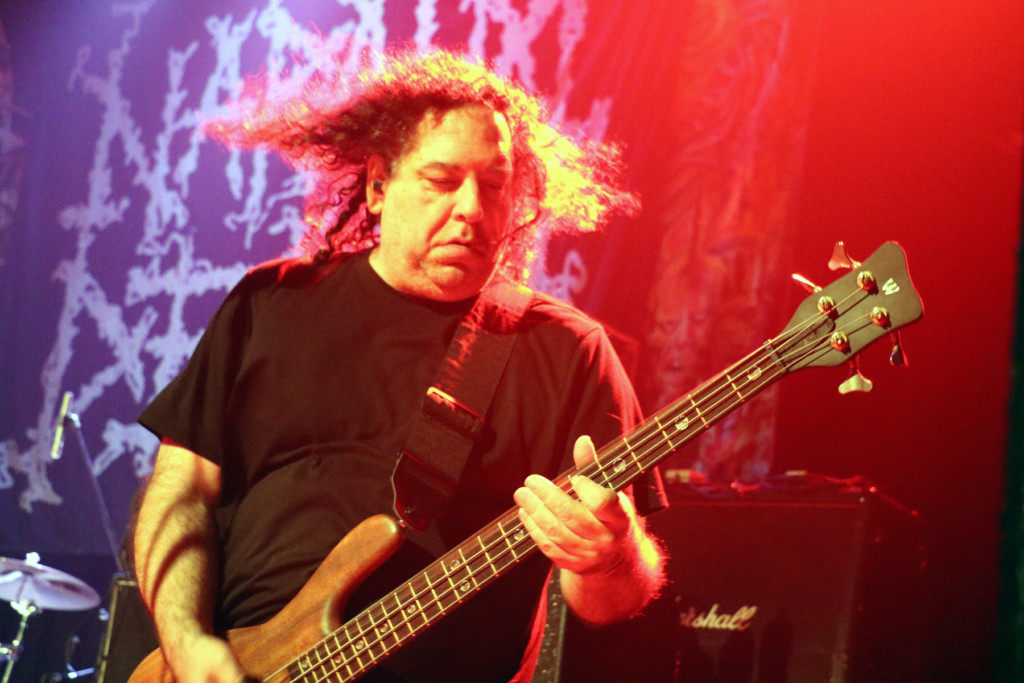 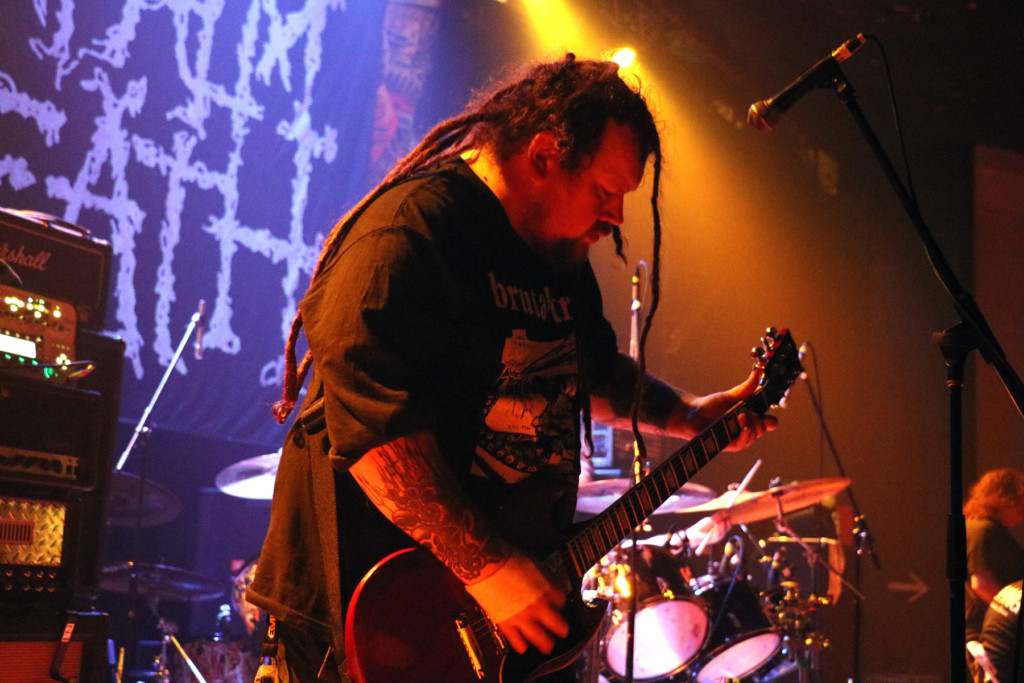 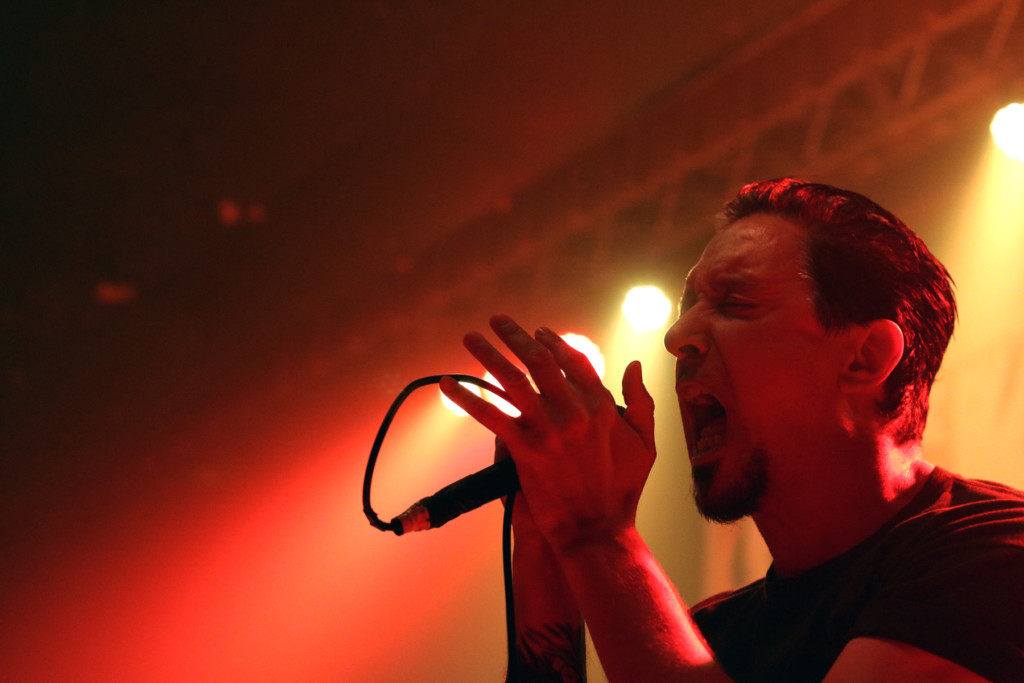 New York hardcore legends Sick of It All, playing second on a four-band bill? Never thought I’d see that at this point in the band’s career, but when you get the chance to play in front of bands like Municipal Waste and Napalm Death, you take it. The band’s celebrating two big anniversaries this year: Blood, Sweat and No Tears, its debut, is 30 years old, and its major label debut, Scratch the Surface, just turned 25. Both records were well-represented, and despite the fact that the pit maybe wasn’t up to frontman Lou Koller’s standards, it seemed like the audience was down to blow out its vocal chords yelling along to “World Full of Hate.” 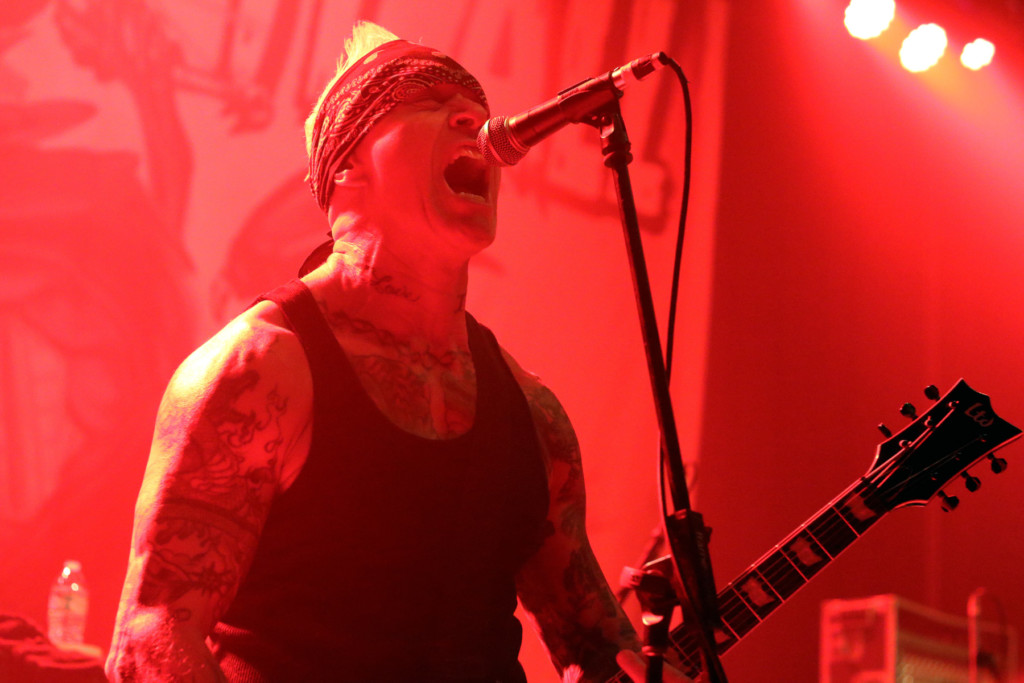 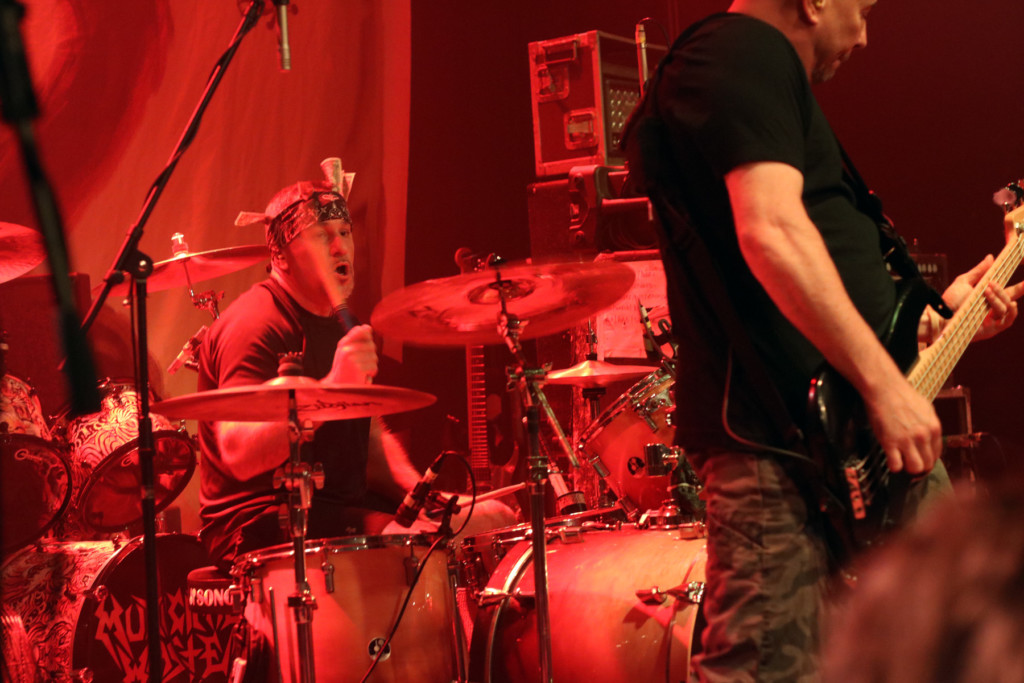 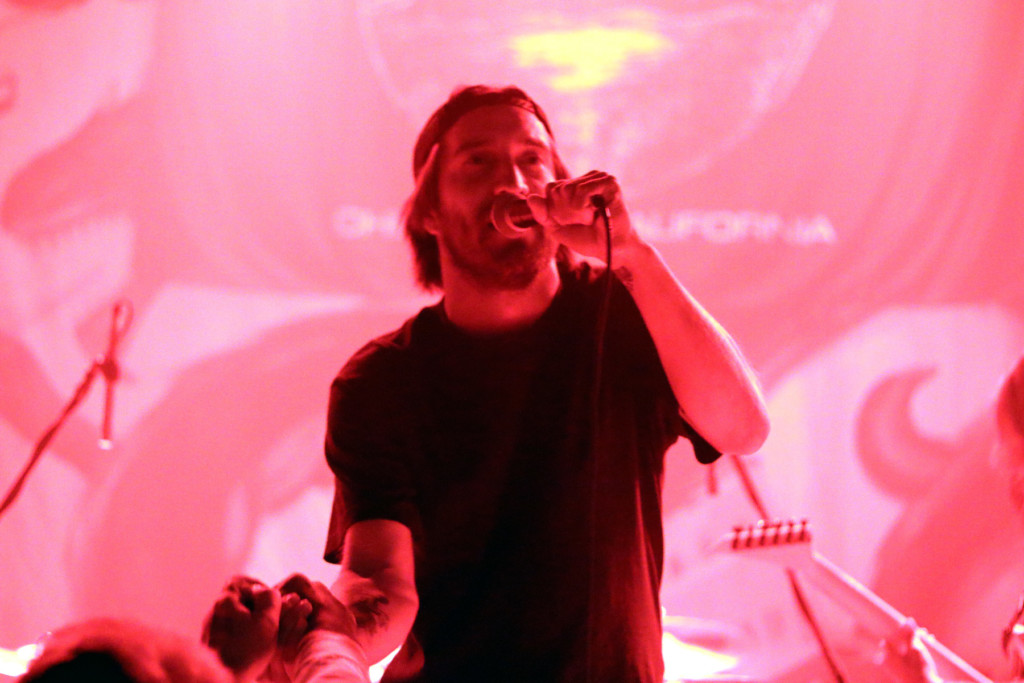 Openers Take Offense were described to me by a friend as “basically a modern Suicidal Tendencies,” and that’s not wrong. The band’s style is pure late-’80s crossover, and while it might not be the most original thing in the world, it’s well-executed, and those guitar solos kill. 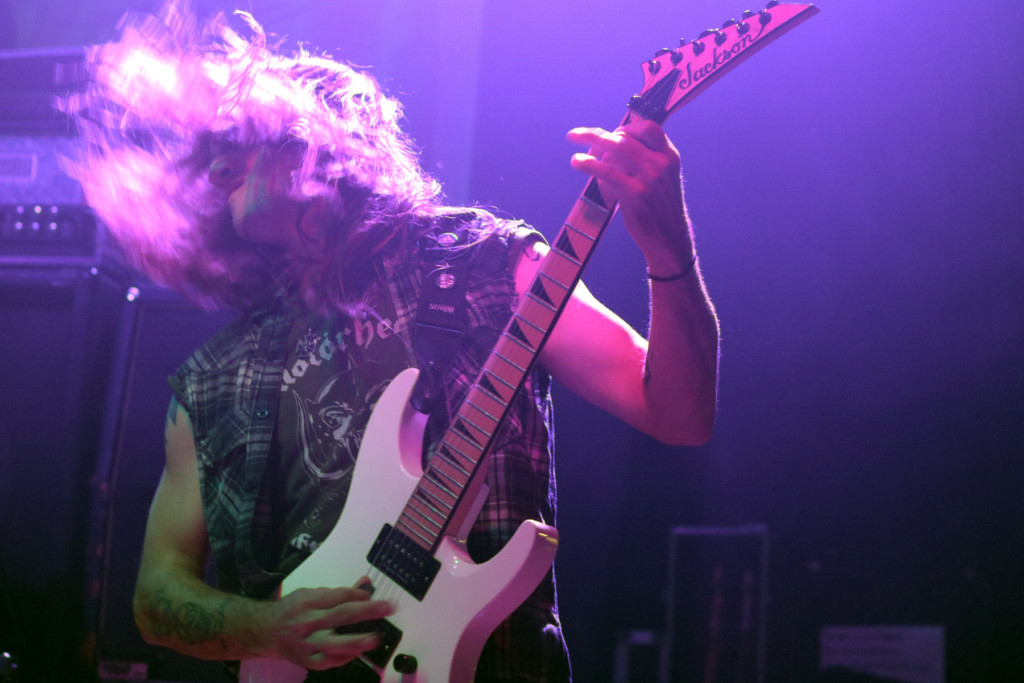 Unchallenged Hate
Instinct of Survival
Continuing War on Stupidity
When All Is Said and Done
Smash a Single Digit
Standardization
Suffer the Children
Breed to Breathe
Scum
Life?
The Kill
Deceiver
You Suffer
Dead
Victims of a Bomb Raid (Anti Cimex cover)
Cesspits
Silence Is Deafening
How the Years Condemn
Nazi Punks Fuck Off (Dead Kennedys cover)
Siege of Power

Sick of It All setlist