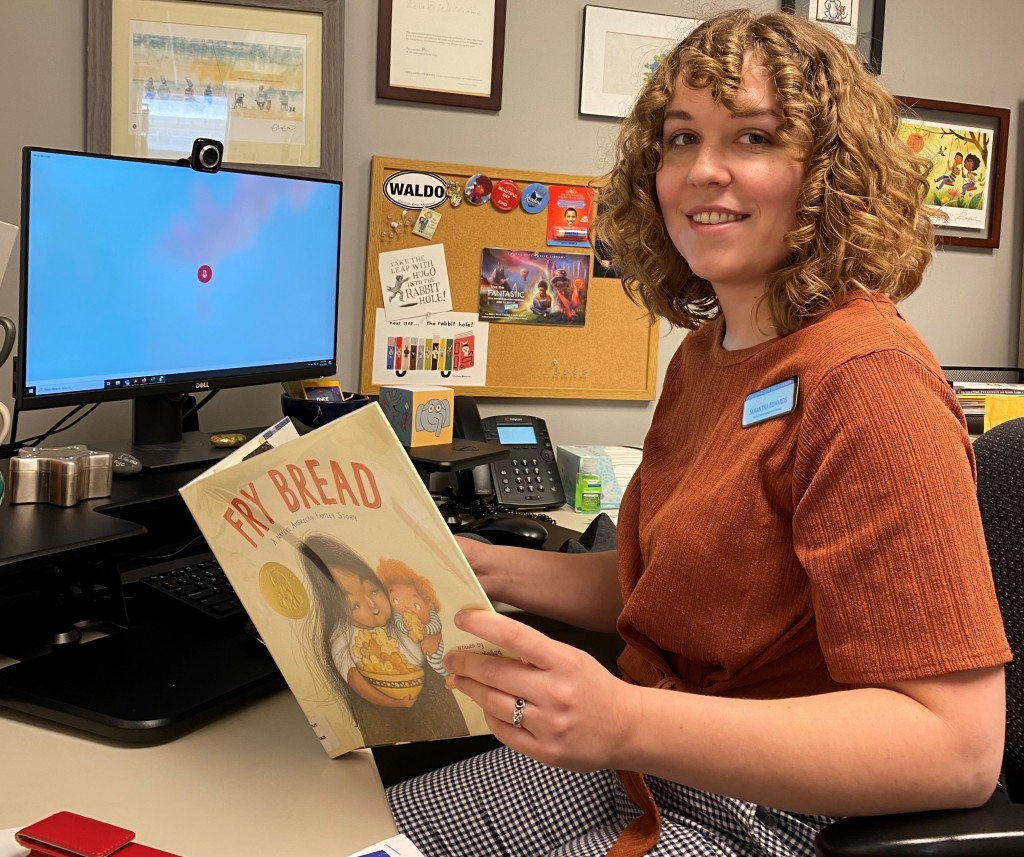 If your kid wants to hear a story, but you’re on a Zoom call, and he’s already had enough screen time for the day. What do you do? The Kansas City Public Library has the answer: Dial-A-Story. The program has been around at least 30 years, but it’s seen an extra surge of popularity with the pandemic.

“The stories we do are all related to picture books or very simple stories. We know attention span isn’t all that long,” said Crystal Faris, director of youth and family engagement for the library. “Our goal is to have another method for families with young children to have a story in their lives.”

Normally, they get about 3,000 people calling in each month. In April, there were 9,450 calls, with another 700 accessing the recording online.

Initially, there was a company that sold reel-to-reel tapes of pre-recorded stories, but as technology evolved, the library began recording its own stories and putting them on a voicemail for kids to call in and hear.

“For years, it was a voicemail recording on the phone, which meant there was no editing.  It was just one take. Sometimes for professional readers, that’s very hard. They want it to be as perfect as possible,” Faris said.

Children’s librarian Nancy Stegeman chooses the stories that get recorded. One thing she considers is how integral the pictures are to the story being told. Unlike in-person storytime events, Dial-A-Story relies solely on audio.

Normally, there isn’t a way for people to give direct feedback, because the recording doesn’t take messages—but one time, that changed.

“There was a power outage, and it allowed them to start leaving messages. One day I came in, and there were 400 messages. Children said, ‘I really like this.’ You could hear Spanish television in the background or sometimes the voice of a senior citizen. It’s not just children—people are using it to help their English,” Stegeman said.

It’s mostly the library’s youth librarians who read the stories, but there are a few exceptions.

“In April, a gentleman who is a tremendous voice actor, he wanted to participate and had done it before. He did a different Elephant and Piggie story (by popular children’s author Mo Willems) every day for five days,” Faris said.

Even within the roster of librarians, people have different talents, and Stegeman tries to pair the right person with each book.

Typically, the library changes the story every week, but with the pandemic, they’ve been putting up a different story each weekday. The stories aren’t long. Typically they range from about three to five minutes, although some stories aimed at older children can be closer to 10 minutes.

Stegeman said she tries to have a variety of backgrounds and traditions reflected in the stories, in addition to the seasons and other typical themes of children’s literature.

“We just want to have diverse things on there, so children might hear about themselves and hear about other families,” Stegeman said.

That can include anything from folklore of different cultures to “The Very Hungry Caterpillar”. Some children find one story might resonate more than another, but having a story available is what’s paramount for the library.

“When we closed the building, we decided we needed a story every day to maintain a viable connection. We chose stories that provided reassurance, stories that were positive in nature, or about your feelings,” Faris said.

Throughout the pandemic, the library has still been doing storytimes every day via Facebook Live. Still, there’s something about Dial-A-Story, even in the age of streaming and YouTube, that people love.

“Since the pandemic, I’ve heard from libraries across the country. At least 10 have implemented (this program). I guess sometimes the old is new again,” Faris said. “This seemingly simple service is meeting a need.”