St. Charles, Iowa’s Hinterland Music Festival, led by Willie Nelson and Grace Potter, was a party that Kansas Citians should take note of

Nestled into small, farm-y St. Charles, Iowa, the Hinterland Music Festival celebrated its second year with performances from country icon Willie Nelson, Grace Potter, Cold War Kids, Ray LaMontagne and Lake Street Dive, among others this past weekend. The two-day festival attracted approximately 8,000-10,000 people each day, principally out of nearby Des Moines, just about 30 miles to the north. Yet Kansas Citians shouldn’t sleep on this festival next summer – just a two-hour drive north on I-35 and abundant with great music, cheap drinks and lots of food, Hinterland deserves a mark on your calendar.

St. Charles (population 653) is a  farming town with little more to boast than pretty old houses and a couple of gas stations – yet it does, for whatever reason, have a massive amphitheater with a surrounding park, which most often hosts movie nights, motorcycle rallies and small concerts. Named Avenue of the Saints Amphitheater, the venue is located a few miles west of I-35, and upon pulling off  the highway, you immediately see locals selling parking on their lawns, followed shortly by a sea of tents (the festival sold out of the 2,500 camping permits this year). The festival grounds and stage are visible from the road, down at the bottom of a sloping hill. It does feel a little abrupt, like the festival literally landed on this town, but it works. 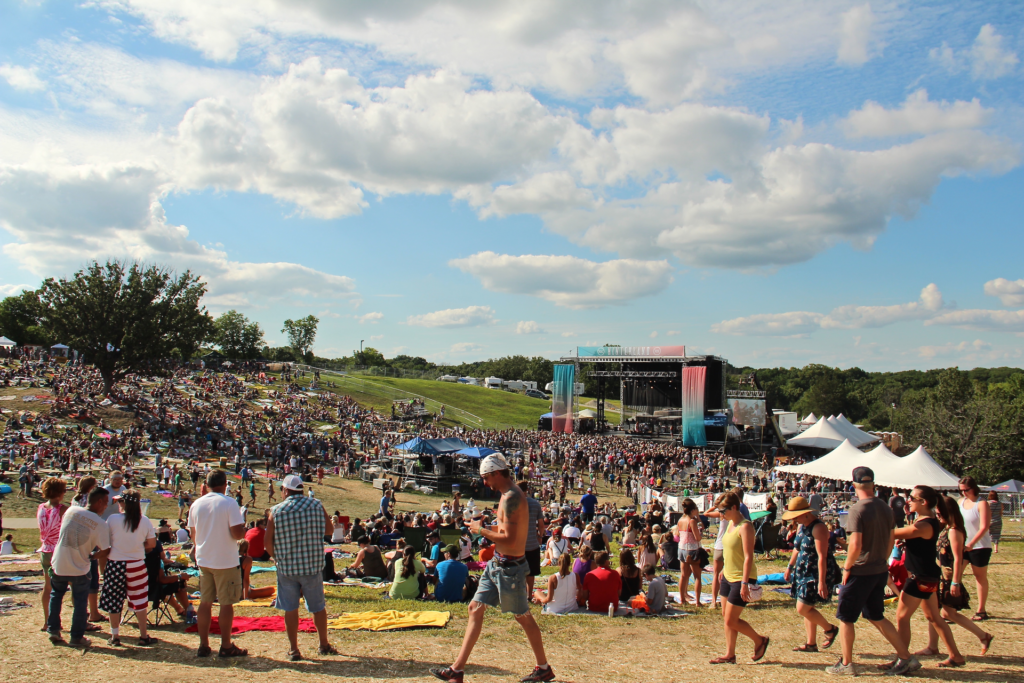 Unable to make the drive Friday evening, we left Kansas City for St. Charles on Saturday afternoon entirely unsure of what to expect yet knowing that no evening that ends with watching Willie Nelson is time ill-spent. We parked in the overflow lot (field) east of town and were shuttled by a school bus to the festival grounds (this festival nails parking, which deserves praise). As South Carolina duo Shovels and Rope charmed the well-dispersed crowd of about 5,000 with scrappy Americana, we sought one of any festival’s most important items: beer.

Hinterland uses a token system for drinks, which may initially seem annoying until you see the prices: $6.50 per token for any drink. I understand that $6.50 is not a bargain if you are at the liquor store or mixing your own drinks, but $6.50 tall boy or a mid-shelf mixed drink (Tito’s, Jack Daniels) at any concert or Royals game in KC would be most welcome. Token stations and drink tents were abundant, and lines nonexistent. We did wait in a long line for foot-long corn dogs, which could be embarrassing to gnaw on if they weren’t crunchy and delicious. Also available: Korean food including bulgogi, gyros, burgers and vegan tacos. 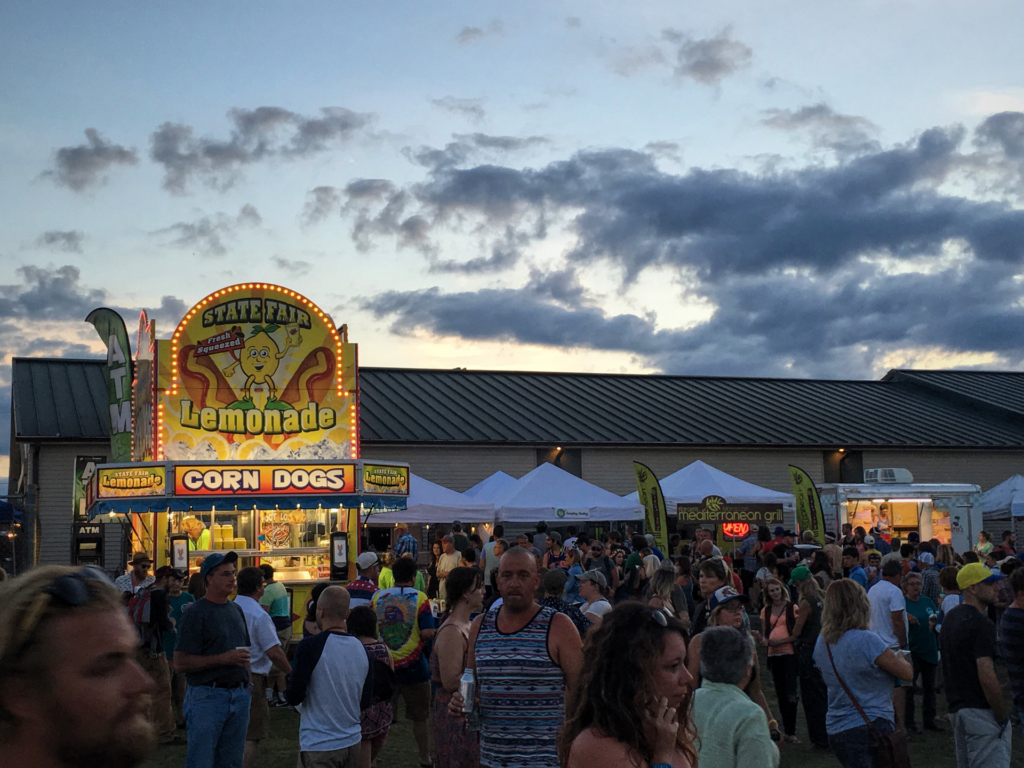 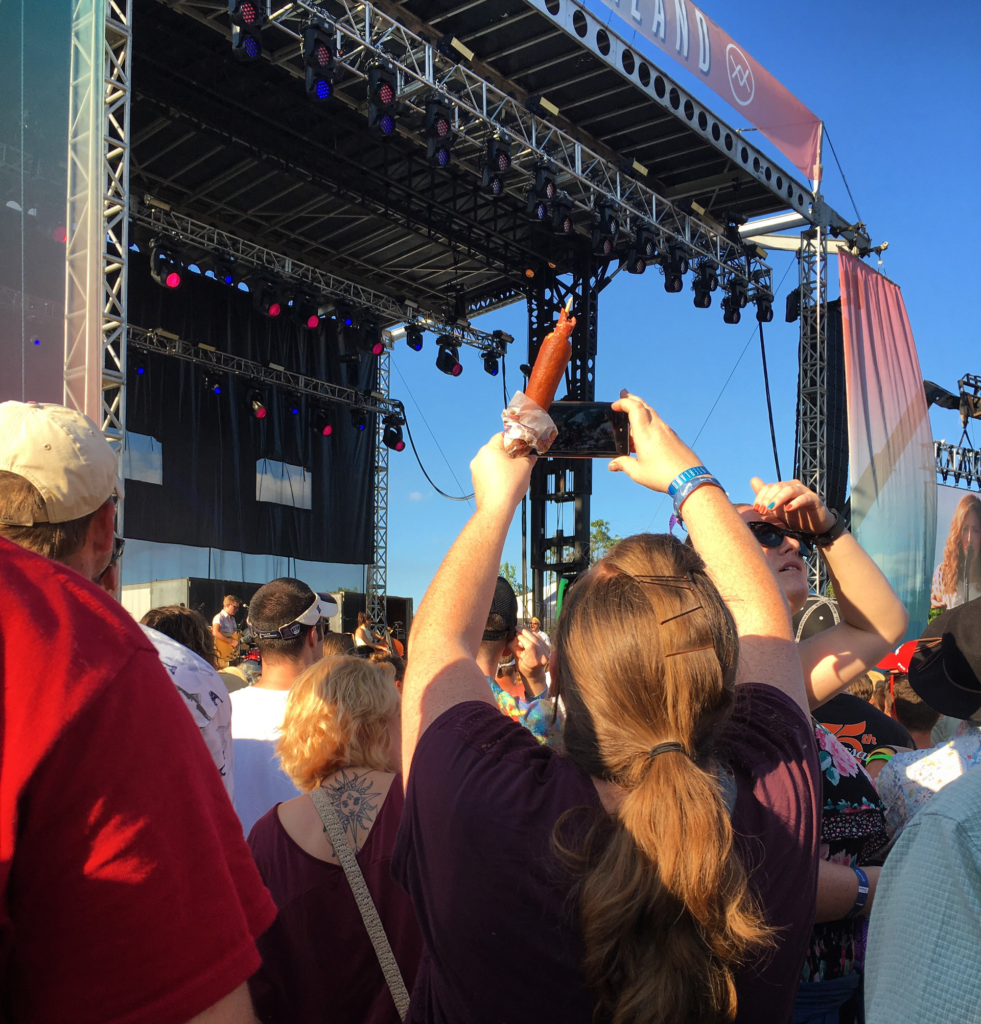 Most onlookers brought picnic blankets, splaying out in large groups of friends and families. Many families brought young kids, which ran up and rolled down the hills. Perhaps because of Willie Nelson, the audience had no average age range. Children, college hipsters and a few farmers (many wearing Farm Aid T-shirts) were scattered throughout the field. Saturday’s musical acts seemed tailor-made for the audience, starting with Iowa’s own William Elliott Whitmore, a gravel-throated songwriter, through Lake Street Dive, which began its strong set with a gospel song.

Grace Potter also shone in this venue. Touring on her solo material, Potter at times channeled Bonnie Raitt and Stevie Nicks. She cruised through her hour-long set, donned in a dress featuring planets and galaxies. She alternated between guitar-heavy rock and her newer, dance-inspired songs. Live, the two feel seamless (not necessarily the case when you listen to her albums). The audience warmed to and adored her, and as she played and the sun went down, the venue became crowded. 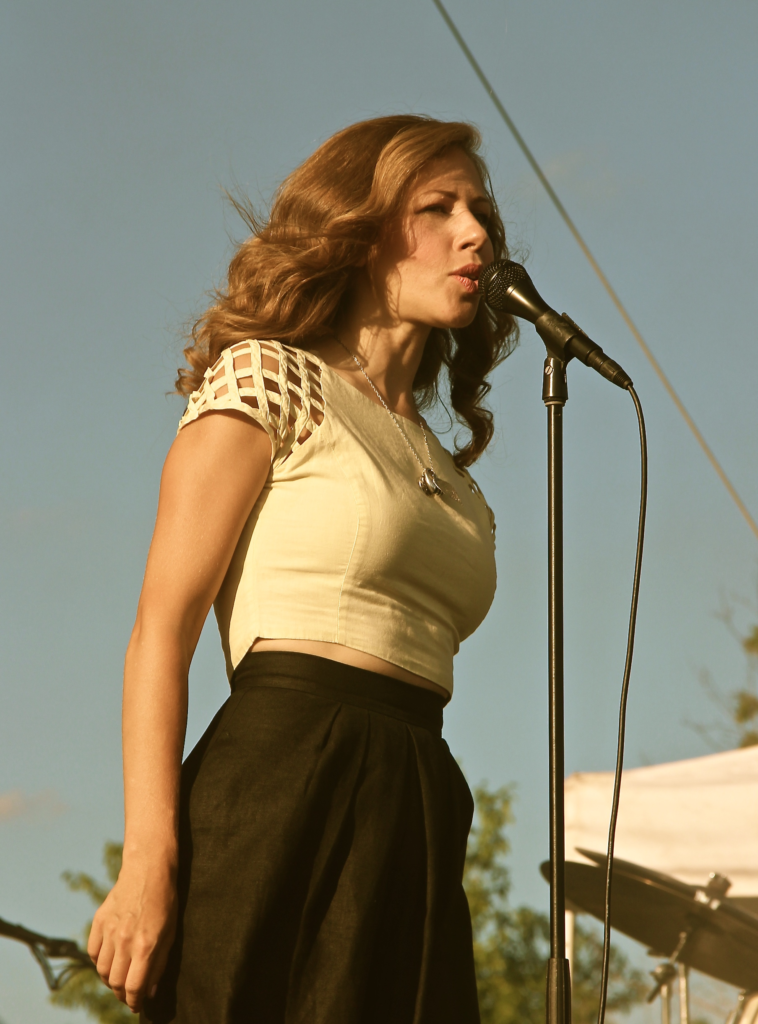 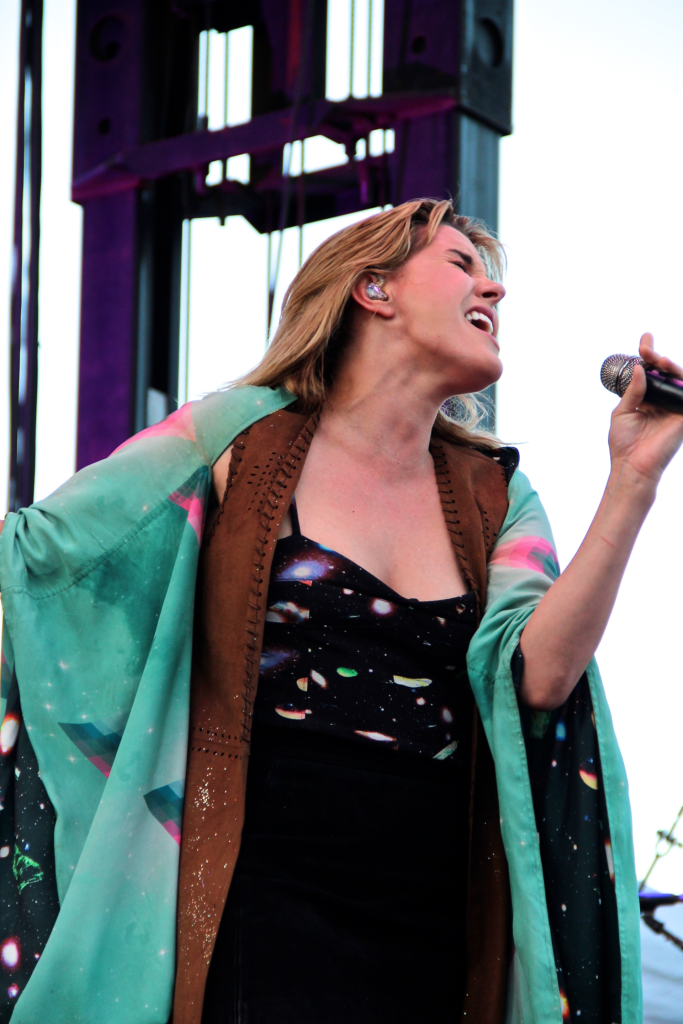 Just after 9:30 p.m., Willie Nelson, now 83 years old, came to the stage, waving at the audience. He greeted the crowd warmly and proceeded to satisfy with an array of his best-known songs, including “Mamas Don’t Let their Babies Grow Up to be Cowboys,” “You Were Always on My Mind,” “On the Road Again,” “Georgia on my Mind,” and a tribute to Hank Williams, “Jambalaya (On the Bayou).”

For being 83, Wilson is a very strong performer, particularly on guitar – his off-beat timing still unique, his playing still soulful and powerful. And there is, of course, his voice, which after a long, warm day, soothed the large crowd. He led singalongs, telling stories with his comfortably worn music. He played new music, including a song he dedicated to Merle Haggard, “It’s All Going to Pot.” It didn’t quite feel like a party once he concluded his 70-minute set, but it felt sweet, and it felt right. 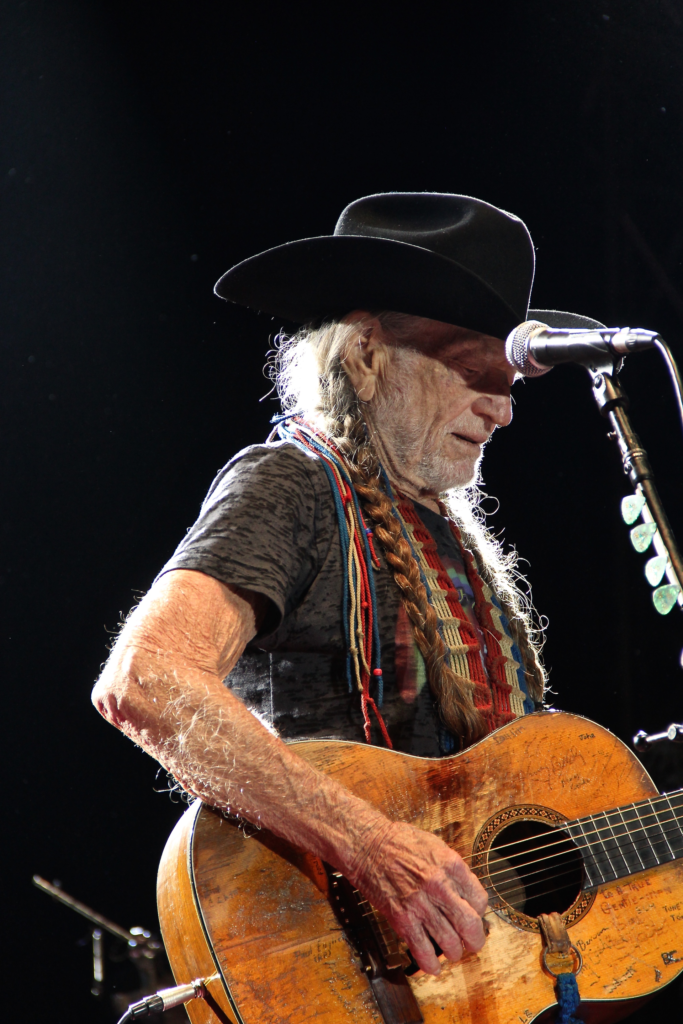 Naturally, the acts are sure to be different at next year’s Hinterland – yet if this experience is any indication, it’s well-worth making note of for next summer. This year’s Hinterland had great, high-caliber acts, good sound, comfortable amenities and was as affordable as festivals get anymore (two-day tickets were $99). For Kansas Citians looking for an easy, quality weekend out-of-town, put it on your list.