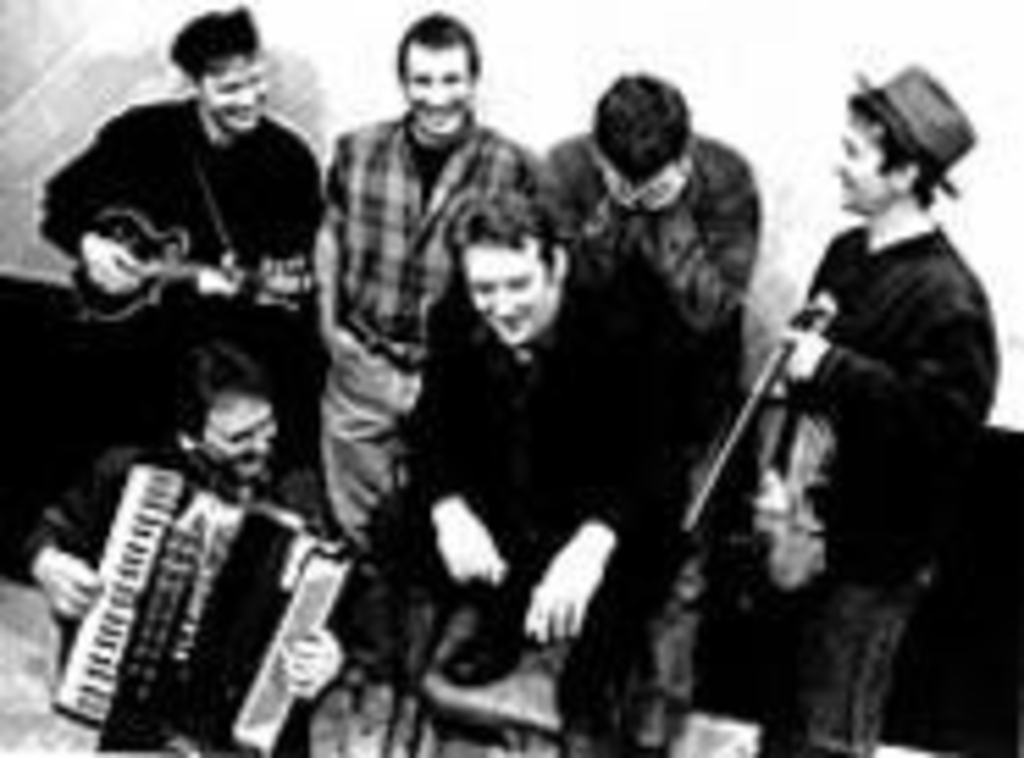 Sports are taken so seriously these days. But not rugby — at least, not as it’s played by the Kansas City Blues rugby team, which holds open practices for anyone who wants to join. “Experience is not necessary,” reads the Web site. “Hard work and the ability to have fun while doing it are.” Some players are hookers, and some are flankers. Even the names of the positions are fun in rugby! Tonight’s practice is from 6 to 8 p.m. at Minor Park, off Holmes and I-435. For information, call 816-960-1281.

It’s an off week for art, with most of the Crossroads galleries having opened their shows last week. But tonight offers a couple of new shows worth noting. Both are positively brimming with fear and anxiety. The Old Post Office in the West Bottoms (1229 Union Avenue) reopens with Kismet: One Man’s Peril Is Another Man’s Fortune, a juried show about fate, misfortune and hard luck. Appropriately, the Severe Brothers provide live music, upping the woe factor significantly. Or perhaps you’d rather be disturbed by the new show opening at the MoMo gallery (417 East 18th Street). It’s a painting exhibit by Jay Norton titled Something Bad Is About to Happen. As DJs spin records and beer abounds, viewers can look at paintings that are more political than Norton typically displays. In one, sparrows carry banners reading “Peace,” “Prosperity” and “Possessions” over an abandoned gas station hung with signs advertising “Liquor, Guns and Ammo.” As for the opening reception itself, at 6 p.m., the artist doesn’t expect it to be a downer. “It should be fun,” Norton says, “assuming America isn’t bombing anyone that night.” That’s a hefty assumption. For information on Kismet, call 816-221-3017; to find out more about Something Bad Is About to Happen, call 816-474-4814.

Panties. We love them. The journey to nudity would lose at least half its charm if panties did not provide a scenic stop along the way. As a fund-raiser for Birdies (the new undergarment boutique recently opened by Peregrine Honig on West 18th Street), the Cup and Saucer hosts a panty auction tonight from 9 to midnight. All the bloomers have been designed for local shoppers who prefer the fashions they sport on their asses to be one-of-a-kind — or at least part of a limited edition. Admission costs a skimpy $5. For information, call the Cup and Saucer, 412-B Delaware, at 816-474-7375.

If less arty forms of debauchery are more your style, perhaps the St. Patrick’s Day Hoolie being thrown by the Elders at the Uptown (3700 Broadway) would be more to your liking. The Irish rock band claims to taste great while also being less filling, which sounds an awful lot like a beer commercial
to some of us. Is it frothy? The show starts at 8 p.m. For information, call 816-753-8665.

Richard Tripp, the formerly homeless man who started Care of Poor People, Inc., tells it like it is once again. He addresses guests at a potluck dinner following the Sunday worship service at Cherokee Christian Church (7457 Cherokee Drive) in Prairie Village. His topic is Spring Break for the Homeless — a time, he says, “when life is celebrated by those who don’t have much to celebrate.” People who attend should bring toiletry items or summer clothing to donate. Services start at 10:40 a.m., and reservations are required. For information, call 913-362-7077.

Kids don’t appreciate field trips like they should. Someday, they are going to be expected to do a hell of a lot more with their days than get on a bus and ride to a museum or a wildlife habitat. Today, music lovers can relive field-trip days as Recycled Sounds kicks off its fifteenth year in business by chartering a bus to Columbia, Missouri, for the Godspeed You Black Emperor show at the Blue Note. Just $28 gets the adventurous Kansas Citian to — and into — the show. But, um, why didn’t anyone think of this before? After all the shows we’ve taken a pass on simply because we didn’t want to drive two hours to Columbia! Godspeed You Black Emperor! is a nine-piece outfit that combines the swelling lyricism of classical music with the driving edge of punk rock — in other words, the music is unique enough to earn a field trip. For information, call 816-531-4890.

This week, the Tivoli Film Forum offers daily screenings of Naqoyqatsi. Fortunately, we are in print journalism and not radio, so we never have to trip over our own tongues trying to pronounce that. If we did have to say it out loud, though, we’d use the following transliteration: nah-koyi-kahtsee. It’s a nonverbal film that merges the atmosphere provided by Philip Glass’ music and Yo-Yo Ma’s performance with digitally altered images from everyday life. This installment of the Qatsi trilogy focuses on the future, with a computerized visual fabric that emphasizes how technology is changing everything. Period. Tivoli Cinema is located at 4050 Pennsylvania. For showtimes, call 816-561-5222.

Although some local theaters occasionally include onstage sign-language interpreters, it’s rare when a performance has been created specifically for a deaf audience. Tonight, however, TOYS Theater — which formed in St. Petersburg, Russia, in 1985 — brings a pantomime, dance and clowning gig to the Carlsen Center (12345 College Boulevard in Overland Park). The four performers are deaf, and they use humor to provide insights not only into deaf culture but also into Russian culture. The troupe’s credentials include a recent stint at the Kennedy Center for the Performing Arts in New York City. The curtain rises at 7:30 p.m. For tickets, which cost $15 ($10 for children under twelve), call 913-469-4445.