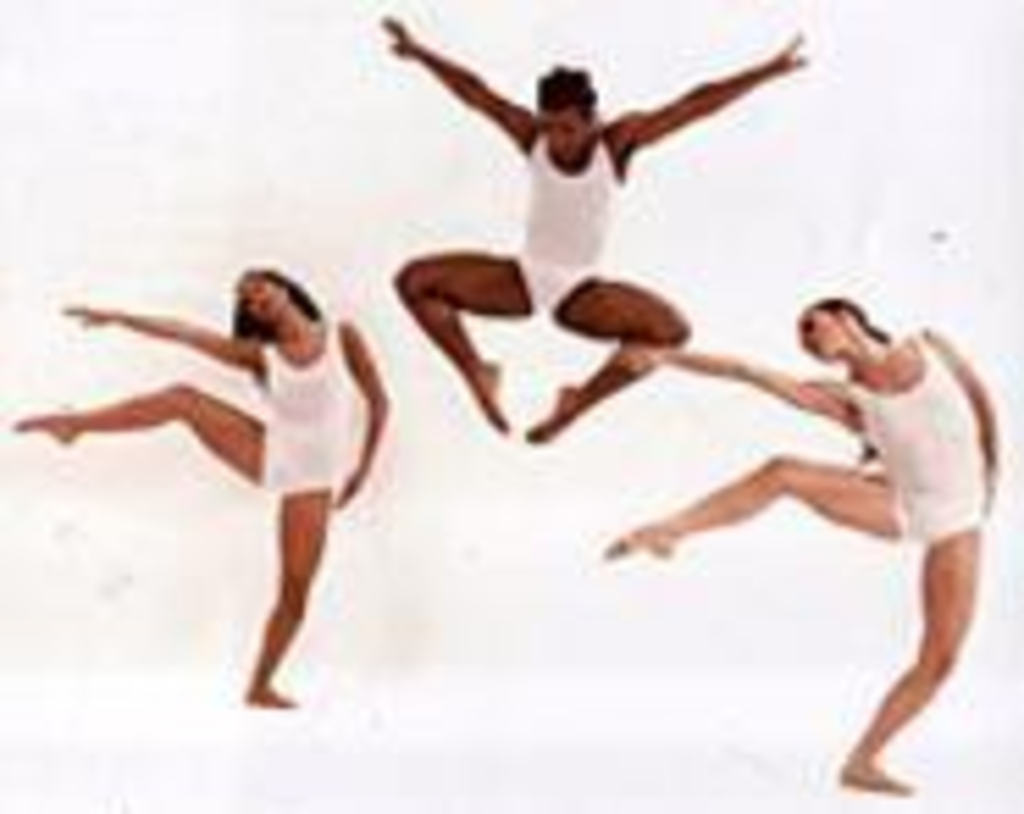 Thursday, May 8, 2003
The first step in overcoming an addiction to talk radio is admitting you have a problem. Do you listen to Clark Howard on KCMO 710? Admit it. You love it when he plays that swelling and triumphant ’80s music, then erupts into a dramatic announcement that “you’re listening to The Clark Howard Show.” You picture him flexing his biceps, all in the name of bold yet reasonable investment advice. If you don’t admit that this show gives you a total hard-on, you will look like a loser and a hypocrite when you jump up from your dinner and rush off to Barnes & Noble on the Plaza (420 West 47th Street) to meet Clark Howard himself. If you admit it, you can not only go ask Clark Howard everything you ever wanted to IN PERSON but also — tomorrow — begin overcoming this bizarre fixation. Howard begins discussing his new book at 7 p.m. For information, call 816-753-1313.

Friday, May 9, 2003
The Wylliams/Henry Danse Theatre is unusual in ways that go beyond kooky spelling. It’s an innovative modern dance troupe that should make people question the popular belief that modern dance is for snooty intellectuals. First, there’s the sexual intensity of The Cyclical Hour, a sultry tango piece for three couples who weave their bodies together, possibly leaving some viewers feeling scandalized. Then there’s Joy, which manages to set a display of athletic prowess to music by Bach. We expect that the real treat, though, will be Ripping Souls, in which dancers use poles to rise above gravity in ways that are supposedly “risky” and “airborne.” The show begins at 8 p.m. at White Recital Hall (4949 Cherry, on the UMKC campus). For information, call 816-235-6222.

Hanging out by Liberty Memorial (Penn Valley Park across from Pershing Road) at midnight is usually not considered the safest of ideas, but because a huge crowd is expected to turn up for Fiesta in the Heartland tonight and tomorrow, it shouldn’t pose much of a problem. Beginning at 3 p.m. and continuing well into the night, the Fiesta offers food and entertainment galore. Although this is the fourth year for the Fiesta, it’s the first for the new Liberty Memorial location, which is pretty exciting. For information, call the Hispanic Chamber of Commerce of Greater Kansas City at 816-472-6767.

Saturday, May 10, 2003
We’re taking the liberty of dubbing this “Homestyle Music Weekend.” We’re starting with a nod to Millage Gilbert, who has been playing his own special blend of blues and soul here in town for more than thirty years. Some of you may know this, and some of you may not, but Millage Gilbert hosts a blues matinee every Saturday at 4 p.m. at the Grand Emporium (3832 Main). Hitting the bar for a matinee is a laid-back way to enjoy the music as well as the food by Amazing Grace, who is always saving wretches with her barbecued ribs. For information, call 816-931-3330.

Christopher Guest enthusiasts — the ones who bought copies of Waiting for Guffman and Best in Show on DVD after decisively chucking inferior VHS versions — probably rushed out on Friday evening to see A Mighty Wind on opening night. Now they might be itching to get in on the folk scene, having just realized how funny folk music can be — even when it’s perfectly genuine and heartfelt, which it’s always meant to be. A short drive to Manhattan, Kansas, could easily satisfy an earnest hankering for acoustic music with a message. Big Twang plays at the Manhattan Arts Center’s Birdhouse (1520 Poyntz Avenue) at 8 p.m. The man behind Big Twang — that’s John — has been traveling folksy roads for the past thirty years. Rod Kennedy of the Kerrville Folk Festival has even said that “audiences find his originality and genuineness totally engaging and refreshing.” OK, this guy is known for being genuine, you know what we’re saying? Tickets cost $15; for information, call 785-537-4420.

Sunday, May 11, 2003
Wrapping up our self-proclaimed holiday weekend is Blue Sunday at the Cup and Saucer (412-B Delaware in the River Market). Yes, Blue Sunday is back for the warm season that makes Kansas City feel very Southern, with its porch-sitting and fried chicken and whatnot. Local blues types play live on Sunday evenings, making it a good time to break out the red neck and the white socks, because the bar offers special deals on Pabst Blue Ribbon. For information, call 816-474-7375.

Apparently, duct tape is the next big thing. The crafty-chic, Bay Area-based magazine ReadyMade recently laid out instructions for making a wallet out of duct tape, and now the Forum‘s ever-clever John Raux has taken it several steps further. On the night of this month’s First Friday, Raux asked gallery visitors to affix duct tape to the walls in whatever way they saw fit. The resulting creations are all visible through the gallery window (124 West 18th Street). And speaking of a DIY aesthetic, while you’re at it you should peek into the window of Isabel’s Boutique next door, where Carrie Wilson recently has put on display a wide array of clothing made out of paper — shoes and handbags included. The garments are pleasingly stylish, and though we suspect there’s some danger in wearing paper shirts in the rain, given the right weather circumstances and antiperspirant they could be perfect. The official show is over, but some of Wilson’s handbags and shoes remain among the many custom-made items. Isabel’s isn’t open today, but it’s always a good idea to window-shop before settling on something. You don’t want to buy paper shoes on impulse. For information, e-mail.

Tuesday, May 13, 2003
Press materials for the American Heartland Theatre’s Twigs announce that the play is a testament to the old saying “The twig doesn’t fall far from the tree.” Dude, that’s not the saying. The saying has to do with apples. Tonight’s performance begins at 8 p.m. at 2450 Grand. For information, call 816-842-9999.

Wednesday, May 14, 2003
The Missouri Repertory Theatre has not staged a Tom Stoppard play since its production of Rosencrantz and Guildenstern Are Dead in 1979. Now the Rep is bringing us Stoppard’s India Ink, the story of a relationship between Flora Crewe, a free-thinking English poet who goes to India in 1930 for her health (that India would have been an ideal place for medical recovery might seem strange, but Stoppard throws in a characteristically goofy bit of dialogue to explain it), and Nirad Das, an Indian painter who turns out to be completely taken with all things British. The play is actually set in the 1980s, following the trials and tribulations of a biographer who aims to write about Crewe’s life. Stoppard’s perspective on all of this is especially interesting; the Czech-born Brit spent much of his childhood in Darjeeling, India. Tonight’s performance begins at 7 p.m. For information, call 816-235-2700.