This Weekend: ex-Brian Jonestown Massacre guitarist drifts in to Replay 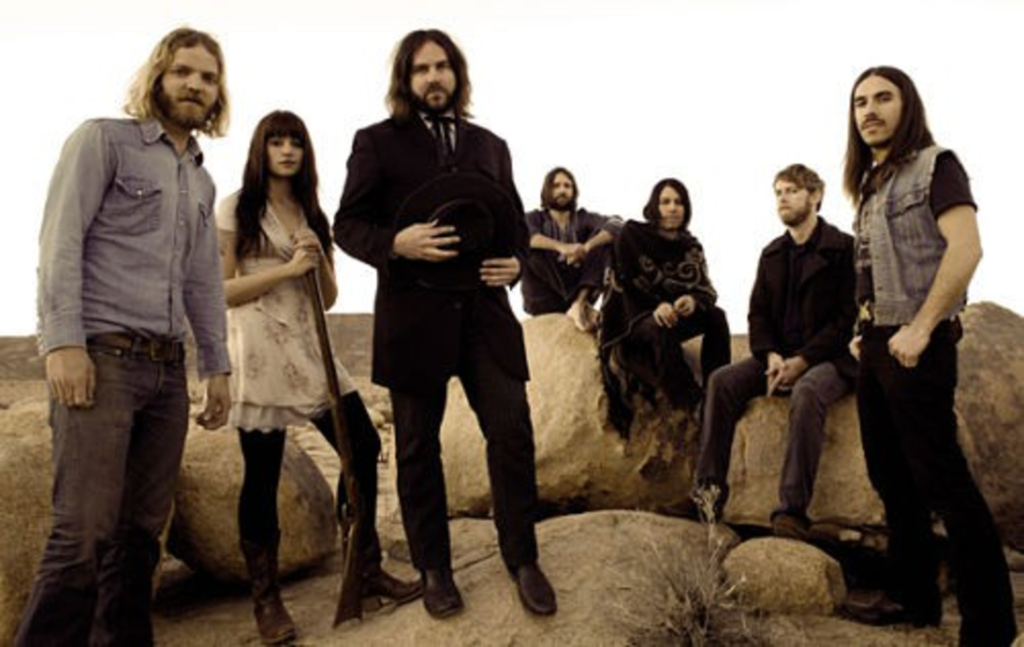 Lawrence’s Replay Lounge was built for bands like Spindrift, a large ensemble of freaky West Coast psych-rockers who play the sort of music you might imagine emanating from the venue’s jukebox right before a squinty-eyed gunslinger walks in. Led by former Brian Jonestown Massacre guitarist Kirpatrick Thomas, the seven-piece ensemble takes inspiration from Ennio Morricone’s spaghetti westerns and Anthony DiLorenzo’s vampire-flick soundtracks as well as acid-rock kingpins like the Doors and Jefferson Airplane.

With maxed-out reverb tanks and whammy bars aflutter, the group recently crafted a soundtrack for the independent film The Legend of God’s Gun and contributed a track to Quentin Tarentino’s Hell Ride. Spindrift’s latest album, The West, came out last November on the Dandy Warhols’ Beat the World Records, stretching the group’s sound to include boozy carnival waltzes, murky tangos, and cosmic rainbow-rock a la the Rolling Stones’ Their Satanic Majesties Request. With titles like “Excrete from the Collective Subconscious” and “If You Don’t Like It (Get the Fuck Out),” it’s clear these guys aren’t drinking from the same well as the rest of the modern indie-rock universe.

Fans of bands like the Black Angels and Vietnam will likely freak out hardcore on this show, as well they should considering how rarely such an accomplished peyote-rock ensemble rolls through town. Rounding out the bill are Lawrence’s Calamity Cubes and Wichita’s Alberto Alfonzo.