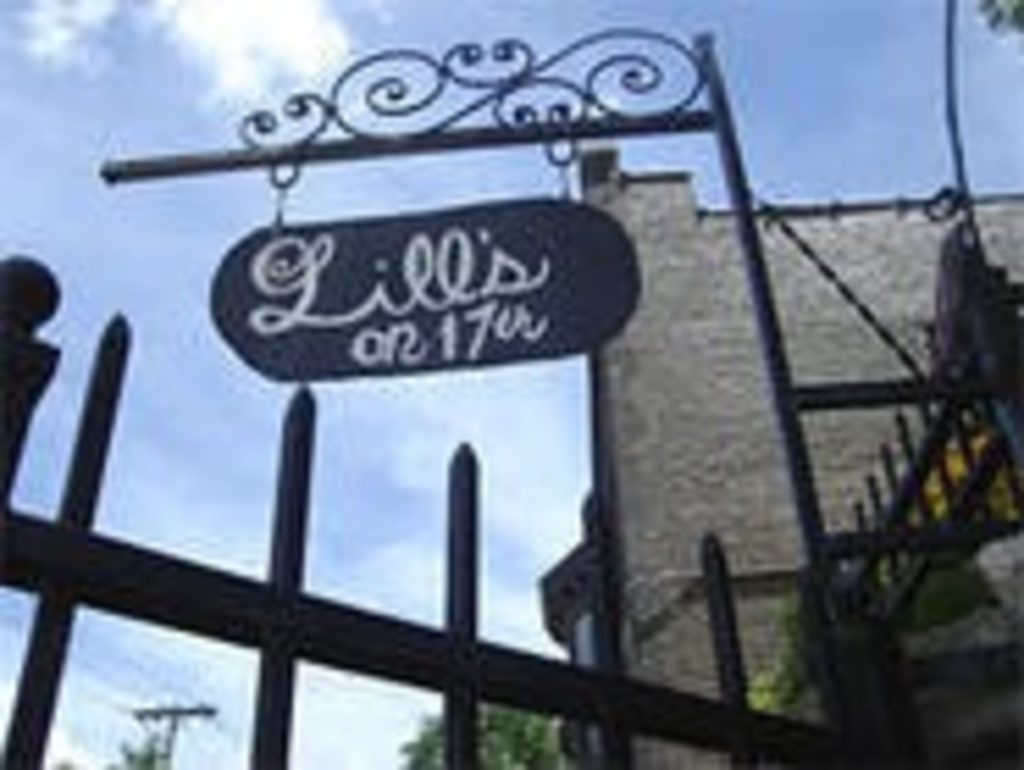 The other day, I stopped by an estate sale in Hyde Park so I could peek into one of those lumbering mansions built during the Roosevelt era — Theodore, not FDR — and see what relics might be for sale. The house was a wreck, and the relics weren’t much better, but while looking through a stack of books, I did get a chance to eavesdrop on an interesting conversation about a local restaurant.

“It’s a very weird place, but that’s why I like it,” a young man in a T-shirt and blue jeans said to his female companion.

“But just what makes it weird?” she pressed.

“Well, the owner is, like, supereccentric,” he answered. “She’s really funny, though. Very entertaining. But different.”

“What do you mean by different?” the woman asked as she perused old photographs.

“It’s not just her, the whole place is very unusual. It’s like eating in someone’s house with a bunch of strangers. And it seems that there’s always a couple of lesbians eating there, but it’s definitely not a gay restaurant.”

The young woman gave him a quizzical look. “Why do you think it attracts gay women?”

Her companion shrugged and said, “Because customers can bring in their dogs.”

I never heard him say the name of the place, but I knew he was talking about Lill’s on 17th. Named for the late beloved dog of restaurant owner Latrelle “Trelle” Osteen, Lill’s lets canine lovers accompany their pets for dinner, as long as they eat on the brick patio behind the 19th-century building or on the shady patio in front.

I have never brought a pet to the restaurant, but I have eaten in the tiny dining room with friends who have slightly piggish manners, like Patrick, who whined that his dirty martini had too much olive juice in it, then snorted with disdain when the bill arrived. “It’s the most expensive bad martini I ever drank,” he fumed after dinner.

“But the bartender is so beautiful,” I protested, nodding toward the raven-tressed Bryn. My friend Bob rolled his eyes at both of us.

That meal started with a slightly chewy crostini from Fervere, the bakery around the corner, slathered with a dollop of cool, lemony avocado crème. “These are delicious,” Bob told Osteen when she stopped by our table to refill water glasses.

“The secret is just a hint of anchovy,” she whispered.

I hate to spill a culinary secret, but that hint of anchovy paste in the avocado-crème toast would have been a novelty when Breakfast at Tiffany’s played the Midland. That is just one of the many reasons Lill’s menu is nearly as lovably eccentric as the restaurant itself, which operates out of a house that has to be seen to be believed. What looks like a traditional Victorian-era home from the street is, in reality, an architectural oddity. Kooky is a good word for the dining room, which can hold only five tables (enough to seat 16 people, more or less) and is paneled with rough-hewn wood salvaged from an 1850 building. It’s a cozy and intimate space, maybe just a shade claustrophobic.

The restaurant was still known by its previous name, Lillies on 17th, when I reviewed it nearly three years ago (“Flight of Fancy,” December 16, 2004). Osteen bought out her original partner, former TWA stewardess Lynn Richardson, in 2005 and hired chef Ken Fletcher to take over the kitchen that same year. The following spring, Osteen got a “cease and desist” letter from attorneys for the downtown Marriott Hotel, which had a coffee shop named Lilly’s. To avoid legal headaches, Osteen changed the name of her restaurant to Lill’s on 17th (“A Lil’ Silly,” May 4, 2006) and has been wagging her tail ever since.

She dropped the prix fixe dinners in favor of a more traditional menu, though the dishes that come out of Fletcher’s kitchen are anything but conventional. Among the dozen tapas choices are excellent, chewy dates wrapped in crisp bacon, and grilled potatoes dripping with a garlic aïoli. I can’t rave enough about the flaky, chorizo-stuffed empanadas or the stubby, crayon-sized enchidittas filled with spinach, raisins and pine nuts. Bob and Patrick loved the steaming bowl of succulent mussels in a white-wine-and-garlic broth. Patrick, who ordered the mussels as his dinner, couldn’t keep himself from dipping slice after slice of Fervere bread into the broth.

Dinners include a small, pretty jumble of mixed greens sprinkled with feta, fat walnuts and piquant mustard vinaigrette. I had to push mine aside to contemplate the main course, which I devoured rather quickly: shrimp sautéed with butter and garlic.

As we walked out of the restaurant, we noted that the front patio was filled with a diverse array of men and women and one well-behaved dog. And not a rainbow flag in sight.

When I returned for dinner with my two teenage goddaughters, they quickly nixed sitting on the patio. “The sun’s in my eyes,” said Alexandra, who also claimed to have seen a bug flying around. The girls were charmed by the restaurant’s dollhouse feel. The tables are small, draped in white linen and adorned with fresh flowers and colored napkins. “It’s a very cute place,” Roxanne said as she studied the menu, “but the food looks weird.”

“What’s weird about steak, salmon and shrimp?” I asked, not realizing until too late that I had goaded her into ordering an 8-ounce filet mignon topped with a button of slowly melting gorgonzola butter. Now she was rapturously enjoying the most expensive entrée on the menu. Her sister toyed with the idea of sampling chef Fletcher’s chicken enchiladas but brazenly ordered a filet, too. It was a smart move — this gorgeously grilled hunk of beef was the best thing on the menu.

Osteen had nagged me into ordering those enchiladas, bragging that every night, she gets calls from customers asking about them. They were deftly spiced and scandalously laden with sour cream.

Alexandra was fascinated by Osteen’s chatty rapport with all of her customers. “Does she live here?” Alexandra asked. “Is this her house that she opens to the public?”

No, I assured her. Lill’s on 17th is a restaurant, just a very eccentric one.

“Do you ever have live entertainment?” Roxanne asked Osteen.

Osteen motioned toward the bar and the kitchen. “Just our staff.”

And the occasional barking dog.