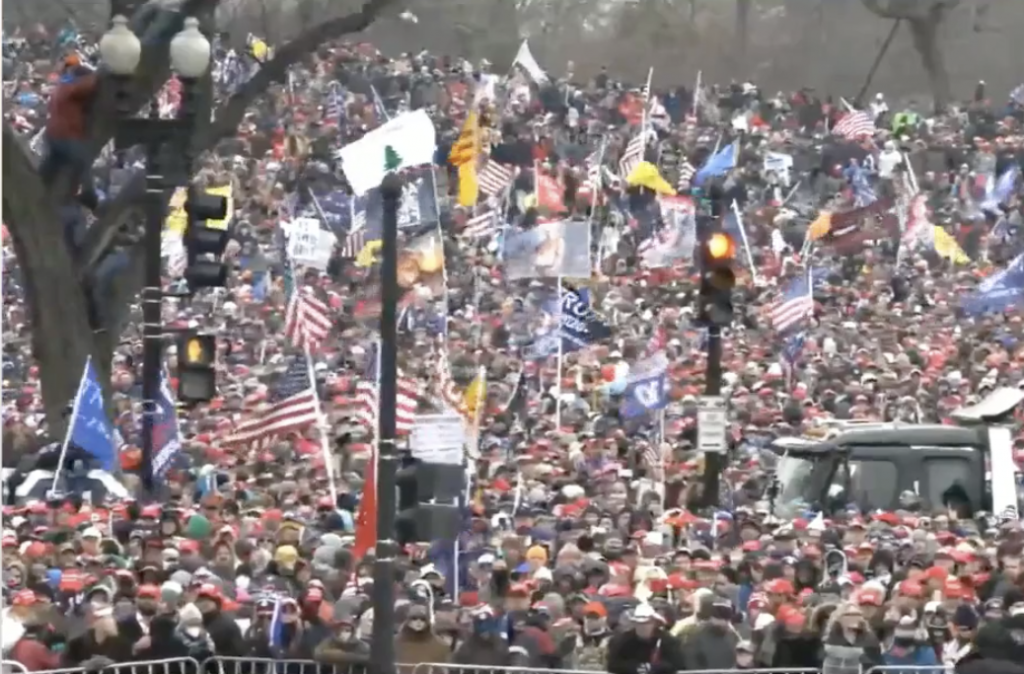 Trump supporters congregated for his Save America Rally before descending on the U.S. Capitol on Jan. 6. // Image courtesy of Right Side Broadcasting

On Jan. 6., rioters followed Trump’s instructions to “stop the steal” and stormed the U.S. Capitol. They didn’t think twice about it. We don’t have to speculate Trump’s role in inciting the violence at the Capitol or the willingness of his supporters to participate in it. Thanks to nonprofit newsroom ProPublica, we can see it up close and personal.

ProPublica published an article Sunday that should clear up any confusion of what happened before and during the Capitol siege. Parler provided an outlet for rioters to endlessly document their participation through video throughout the day. ProPublica captured thousands of these videos. They compiled them as Parler was later taken offline and published more than 500 of them, listed in the order they were taken.

We selected the most relevant and newsworthy videos, organized them by location and arranged them chronologically.

According to its home page, Parler is still experiencing “technical difficulties”. While the website works to overcome this “challenge”, these videos are one of the only sources of firsthand proof of what went on that day. It’s the easiest (and yeah, also the most chilling) way to see just how quick Trump supporters were to try to take something back that wasn’t theirs in the first place and Trump’s undeniable role in it.

This is important to see before tomorrow. There has long been speculation over what hate groups have in store for Inauguration Day. Airbnb doesn’t even want to host guests that belong to these groups when/if they’re coming to D.C. Regardless of how Trump and his supporters decide to react to his end of power, these videos are an invaluable source of insight into the reality they live in. Proceed viewing them with caution.