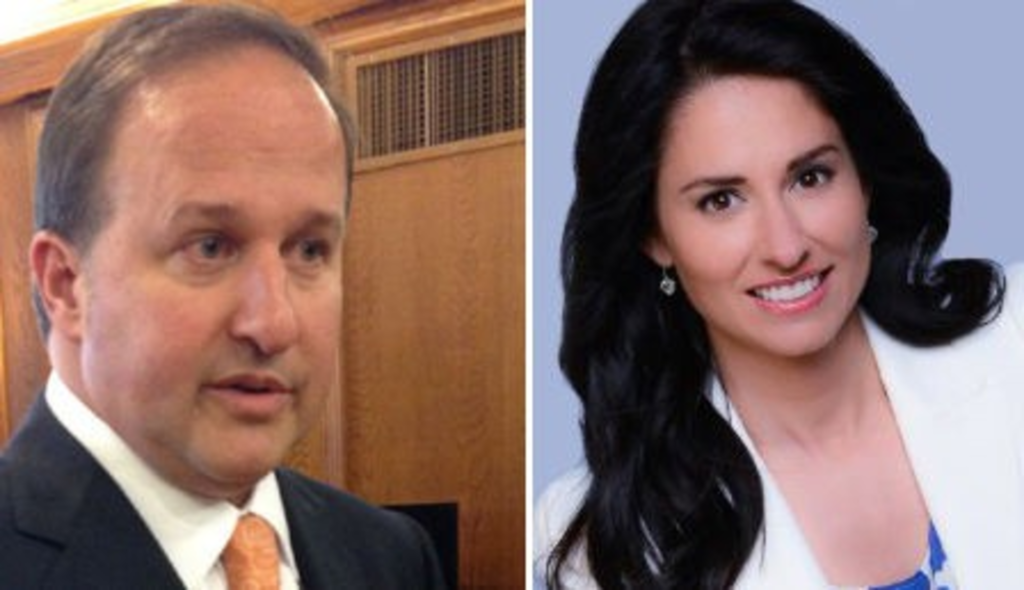 The newspaper got its hands on a police report from April that lays out, in deep detail, an evening that resulted in Brittany Burke, a consultant and former aide to Gov. Jay Nixon, asking detectives to investigate whether she had been sexually assaulted while blackout drunk. (Police have since closed the case due to “lack of victim cooperation” — Burke has essentially decided that she doesn’t want the investigation to go forward.) The police report includes the names of several Missouri political types with whom Burke was partying on the evening in question. It also reveals that Burke had an affair with former Missouri Speaker John Diehl, who resigned last month after it was revealed he had exchanged sexy text messages with a 19-year-old intern.

After spending $128.50 on drinks at a Jeff City bar called J. Pfenny’s — a gathering that included director of Missouri Department of Labor Ryan McKenna and lobbyist Mark Habbas, during which nine Red Bull and vodkas and 11 Jagerbombs were consumed — Burke made her way to Diehl’s house. From the P-D:

Diehl also had been at J. Pfenny’s that night, according to [police captain] Shoemaker. Diehl told police he arrived home at 3:15 a.m. and heard Burke at the back door, “wailing.” He said she wasn’t making sense and that he offered to drive her somewhere or call police but she refused. He said she finally left at 5:15 a.m., walking.

Asked Thursday where he had been until 3:15 a.m., Diehl said: “I was just out with a few people. I can’t sleep. I was just hanging out with a couple friends, sitting outside talking.”

Also: Burke left her phone at Diehl’s place. When he was contacted by the police the next day regarding Burke, he brought the phone in and explained himself. Then:

Right, a totally meaningless name! Also, definitely not part of a larger trend.

Diehl and Burke’s affair ended last year, according to the report. Diehl told police they did not have sex that evening. “You need to leave, it’s over,” Diehl says he told Burke. John Diehl said this, to a woman!

The story also notes that Burke may have been dismissed from her job in Gov. Nixon’s office because there were suspicions that she was leaking information to Diehl, a political adversary. (Burke now runs a PR firm in St. Louis. She declined an interview request from the P-D, saying, “It’s a very personal, humiliating and embarrassing thing I went through.”)

One last local tie-in: Burke told police she thought Diehl was upset at her because of an incident that had happened a few weeks prior in Kansas City.

In that incident, Burke alleged that a Democratic lobbyist got “touchy” with her in his car. Burke said “it was her word against his and both had been drinking,” so she had let the matter drop. She said she told Diehl about this while he was in Europe on a trade mission with the governor. “Diehl was displeased that she was willing to let this go,” the report says.

Who’s the handsy lobbyist? Is he from KC or was he just visiting?