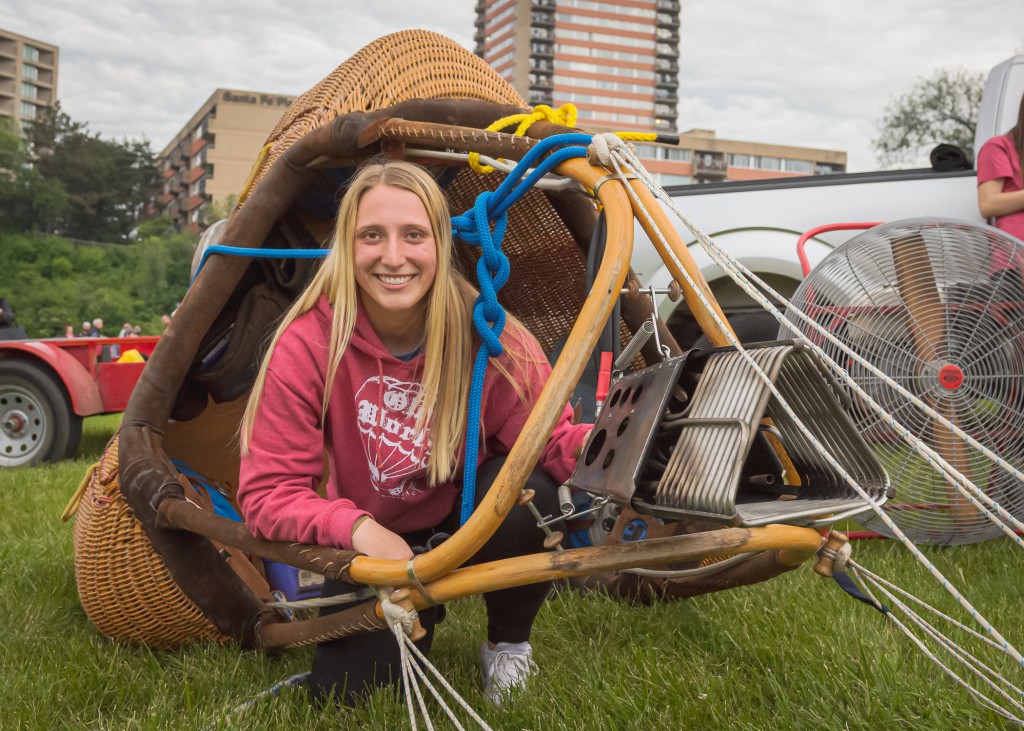 Over 30,000 people marveled at hot air balloons during The Great Balloon Glow last weekend. What attendees may not have known is that three generations of balloonists were present. Eighteen-year-old Maddie Jones got to showcase a skill many of her peers do not have during the event as her grandmother, Annie Laurie Points, and father, Jason Jones, beamed with joy.

“I feel pride and excitement,” Jason Jones says. “Three generations, I mean, that’s pretty awesome and there aren’t a lot of families in the country that can say they’ve got three generations of hot air balloon pilots.”

Although Jason is proud of his daughter, he says he never put any pressure on her to go into the family trade. However, when Maddie became serious about obtaining her license he was more than happy. A person cannot obtain their license until they are 16-years-old, but the family had a rule that no one could fly solo until age 18.

As the senior class treasurer with heavy involvement in Relay For Life, the Special Olympics, and FBLA, finding time to obtain the required flying hours to be licensed would have been tough. But when COVID-19 hit, many of the things that kept Maddie busy came to a grinding halt. So, she became dedicated to learning and perfecting her craft of ballooning.

“Once Maddie decides she’s going to do something she works really hard to make it happen,” Jason Jones says. “When she made the decision she studied hard for the written exam and studied hard for her flight exam and did a good job.”

Maddie likes how peaceful a hot air balloon ride can be—incredible views of the Kansas City skyline are not a bad perk either. She also appreciates how loving and supportive her family has been as well as other balloonists across the country.

“It’s a bonding experience with both my dad and my grandma also because it gives us something that we can like talk about and laugh about,” Maddie Jones says.

After all, it is not Annie Laurie’s first rodeo in ballooning. Annie Laurie met her husband Dale Points when they were both young hot air balloon pilots. The couple moved to Las Vegas to chase their ballooning dreams because the air is dry and it does not rain often with fairly cold winds all year round. Annie Laurie stood proudly by her granddaughter as the family showcased their balloons last Saturday at the World War I Museum and Memorial.

Maddie is moving away from her family this fall to attend Drake University in Iowa. She will not have a balloon with her in college, but will have family and other friends close by that are hot air balloon pilots to fly with. She hopes to keep flying to stay up to par on her skills, especially since she will be attending a  balloon race after starting college.

“I’m a protective dad, and you know, I will worry about her,” Jason Jones says. “Not because I don’t think she’s capable. I know she is. She’s proven that to me over and over, it’s just because I’m dad and she is my little girl.”

Maddie will be studying neuroscience on a pre-med track. She would like to be a part-time balloonist in the future while having a successful career in health through sunrise and sunset rides. (Side note—I recently added a sunrise hot air balloon flight to my bucket list.)

“You can have a day job and still balloon,” Maddie says. ” So they’re kind of just like two different things that I both, like, really enjoy doing.”

Individuals, couples, and groups interested in riding on a hot air balloon or learning how to fly can do so at the family’s business Old World Balloonery that was established by Annie Laurie and Dale in 1975. Flights are 45 minutes to one hour and up to six passengers can ride in a balloon at a time. A sweetheart ride intended for couples is also available which includes champaign. (Psst-it’s proposal season)

Jason Jones says if anyone wants to learn how to fly, to make contact with a balloonist and learn about the craft from a crew standpoint first. Then, a person can go up in the air after mastering being a part of the crew. If someone is serious they can study for the written exam and once the written exam is passed they have two years to receive all of the flight hours required to be licensed.

“Ballooning is an extremely safe sport,” says Jason Jones. “Most people don’t realize it’s FAA (Federal Aviation Administration) regulated. You know, if you go in the right weather and maintain your equipment like you’re supposed to it’s extremely safe and fun and it’s a great family activity.

This family has taken the family activity concept to the next level—but we stan. 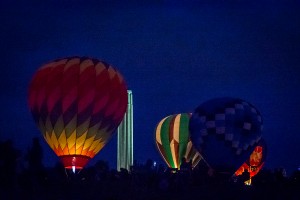 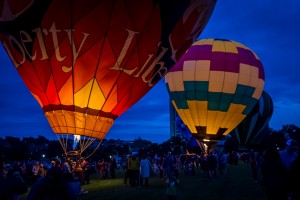 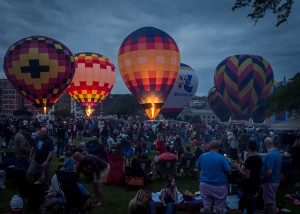 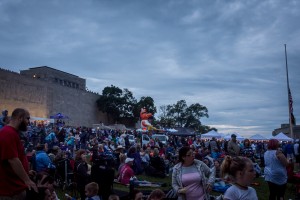 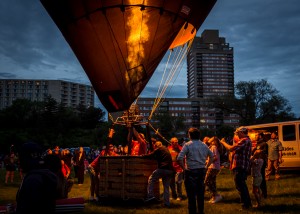 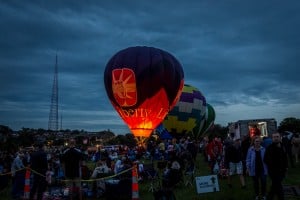 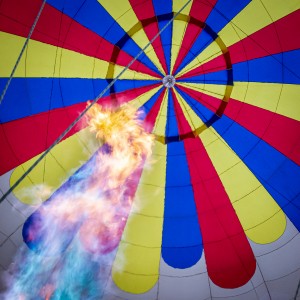 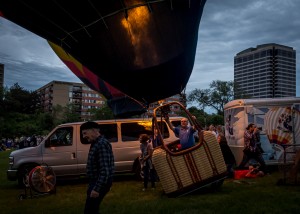 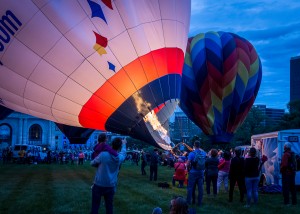 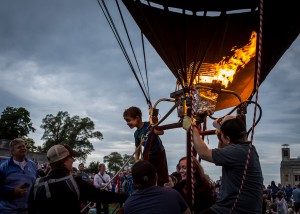 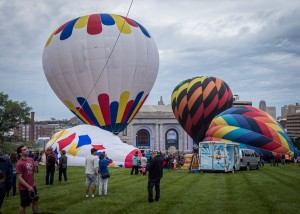 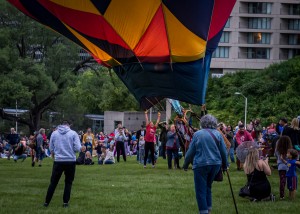 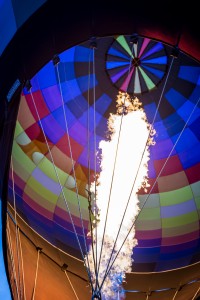 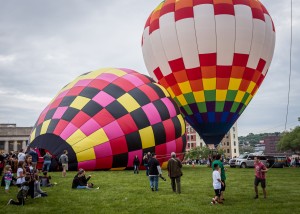 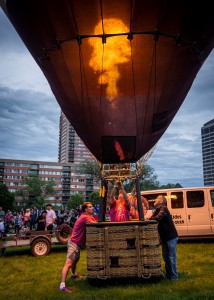 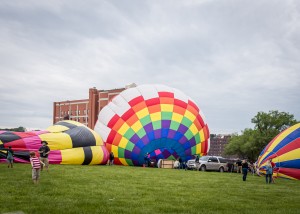 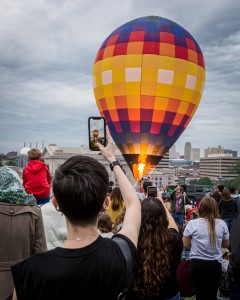 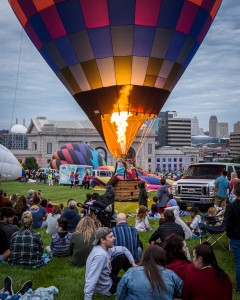 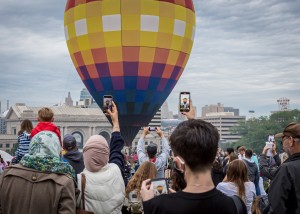 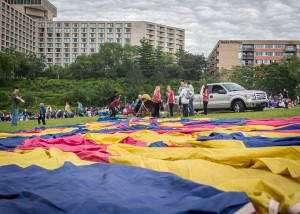 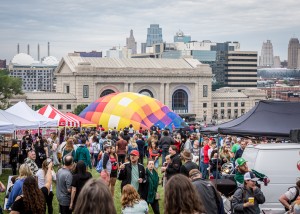 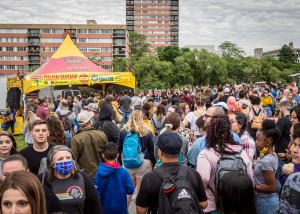