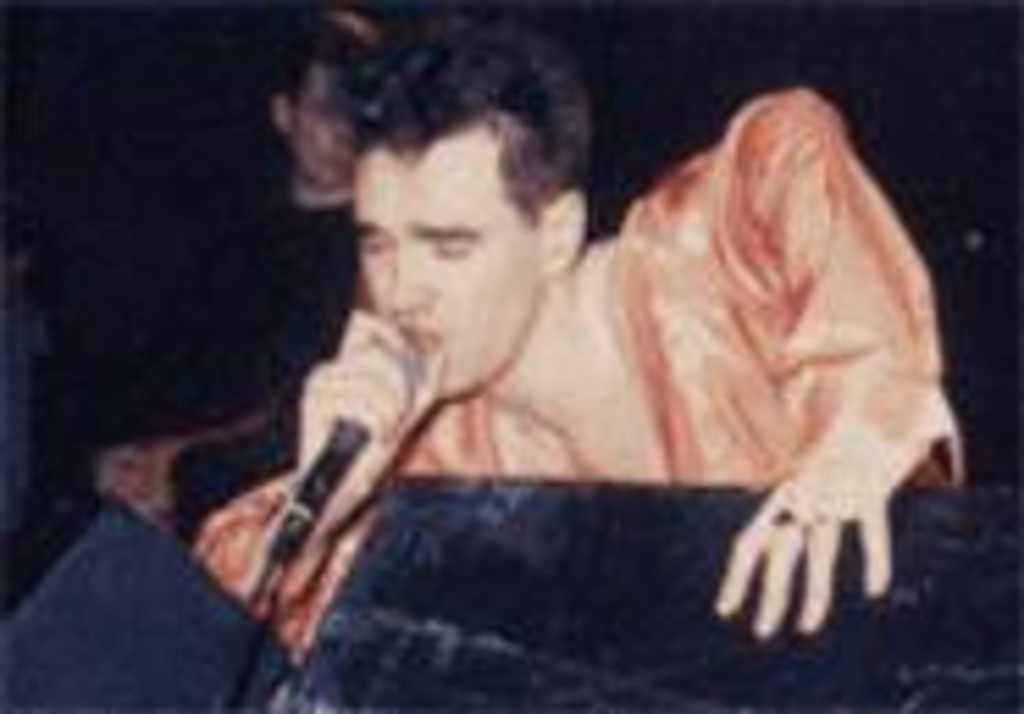 Celebrity feuds are always fun, but musicians frequently bring ordinary disagreements to new levels of self-aggrandizement — anyone remember the media-savvy tiff between Oasis and Blur? Take the more recent newsworthy beef between the Killers’ Brandon Flowers and the Bravery‘s Sam Endicott. It allegedly began when Endicott said that he and his band didn’t like being compared to the Killers. Flowers bristled, telling MTV, “They’re signed because we’re a band.” The ensuing sissified war of words will keep us engaged for days to come, providing the perfect accompaniment to both bands’ catchy retro pop.

Still, we figure that Flowers, Endicott and at least a couple of their contemporaries ought to back off giving so much credit to each other for their success and write a few thank-you notes to the artists who originally forged the sounds, sentiments and haircuts these newcomers have copped. Here’s a start.

How soon is now for a thank you?

Dearest Moz: I so owe you one for making fey hair, eyeliner and mooning sensitivity so hot. Even though I think that the asexual thing you’ve got going is kind of creepy, your look has really helped me get — let me say — a LOT of chicks into the sack. (I tried out ska and dreads for a while — but you know what, man? Fuck that noise.) I also think that if Robert Smith were a girl, your babies would have the wickedest voices ever. U R the best. Love, Sam.

To: Gang of Four

From the bottom of our hearts … a Silent Alarm of thanks.

Fellow comrades: Never forget — we’re in this fight together. Now, to address an unfortunate rumor: We’ve been called knockoffs of you guys with more fury than that of the proles marching on the sodden faces of the wealthy. But rather than being labeled imitators, we like to consider ourselves the Trotsky to your Lenin (nevermind that bourgeois-in-disguise Stalinist bollocks Franz Ferdinand spits out). And if you’d let us open for you on your reunion tour, we’re sure you would agree with the conceit. At least be sporting and download a couple of our ring tones and let us know what you think. Please? Anyway, long live the revolution! Yours in arms, Bloc Party. (You get the pun in our name, right?)

I’m breakin’ my back just to say thank you.

Greetings to Simon & Co: We’re super stoked at having the chance to be as huge as you guys are — er … were from, like, ’80 to ’85. Simon, you were so right-on with the foppish attitude — don’t it take a pretty face for MTV? Speaking of which, not to, like, toot our own horn or anything, but we gotta say that the video for “Mr. Brightside” beats the hell out of “Girls on Film.” Eric fuckin’ Roberts beats oily sumo wrestlers any day of the week, and you know it. But, whatever. Give ’em something synthy to dance to; make ’em hungry like the wolf, right? Anyway, thanks. Love, Brandon, Dave, Mark and Ronnie.

Rock the casbah with thanks.

Cheers, mates — London calling! You blokes are definitely numero uno on our most-listened-to list. We practiced extra hard to get your sound down pat (even the reggae!), and it’s turned out fucking brilliant. But these are different times — as those of you who ain’t buggered off know — and we been thinking maybe you would’ve had more fun if you’d eased up a little on that working-class bollocks. The 60s are dead, right? This is rock and roll, geezers! Let’s party together and find some birds. Best, the Dead 60s.