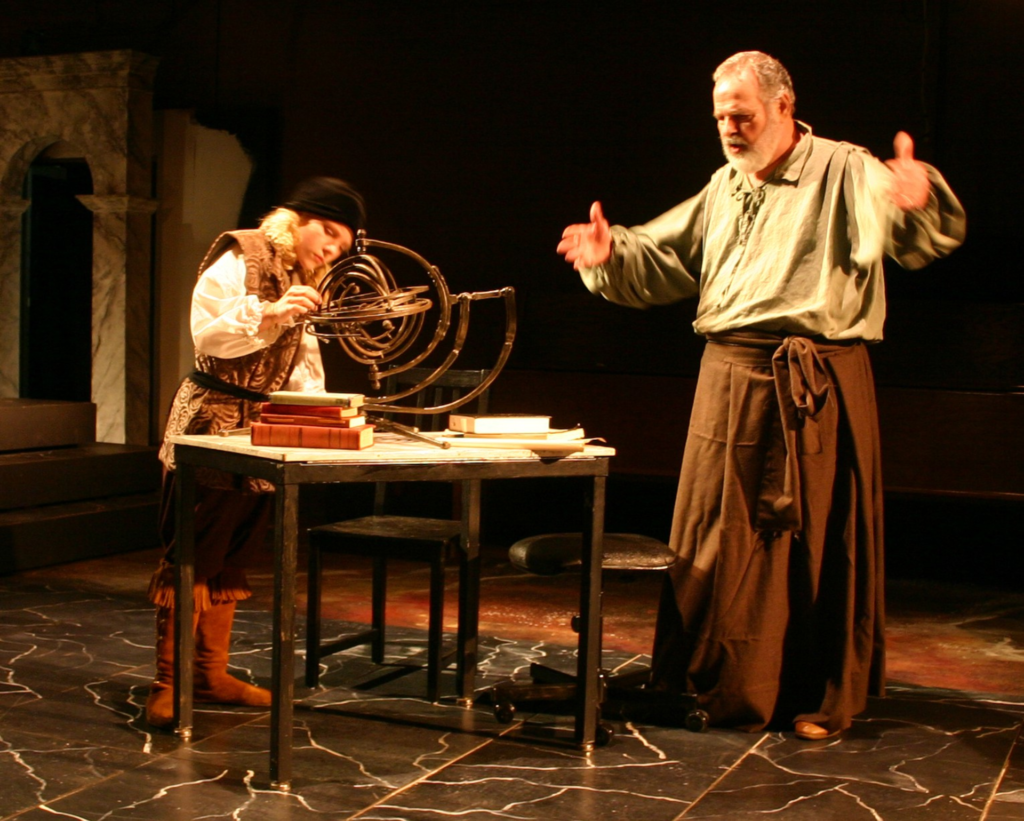 Here, at the dawn of whatever era follows the Susan Jacoby-dubbed Age of American Unreason, it’s worth pausing to thank artists, such as those in the Metropolitan Ensemble Theatre, who labored mightily to keep the flame of enlightenment above the rising waters of the Bush years. This independent theater company, which generally mounts serious works rather than marketable ones, has never risked more than with its Galileo Project — a play each season that’s steeped in and inspired by science. Tonight, director Bob Paisley grabs for the big one: Galileo, the fiery tale of the Earth’s place in the cosmos and the thinking individual’s place in the church. Bertolt Brecht’s play is the rare work about genius actually crafted by a genius. This Galileo is prickly and human, bristling with contradictions, a hot mess of a man certain to challenge any actor. Fortunately, Paisley and MET have scored the commanding T. Max Graham — like the works of Brecht, he all too rarely hits the local stage. Galileo debuts tonight at MET Space (1824 Walnut, 816-569-3226). Tickets cost $20 for adults and $10 for students.