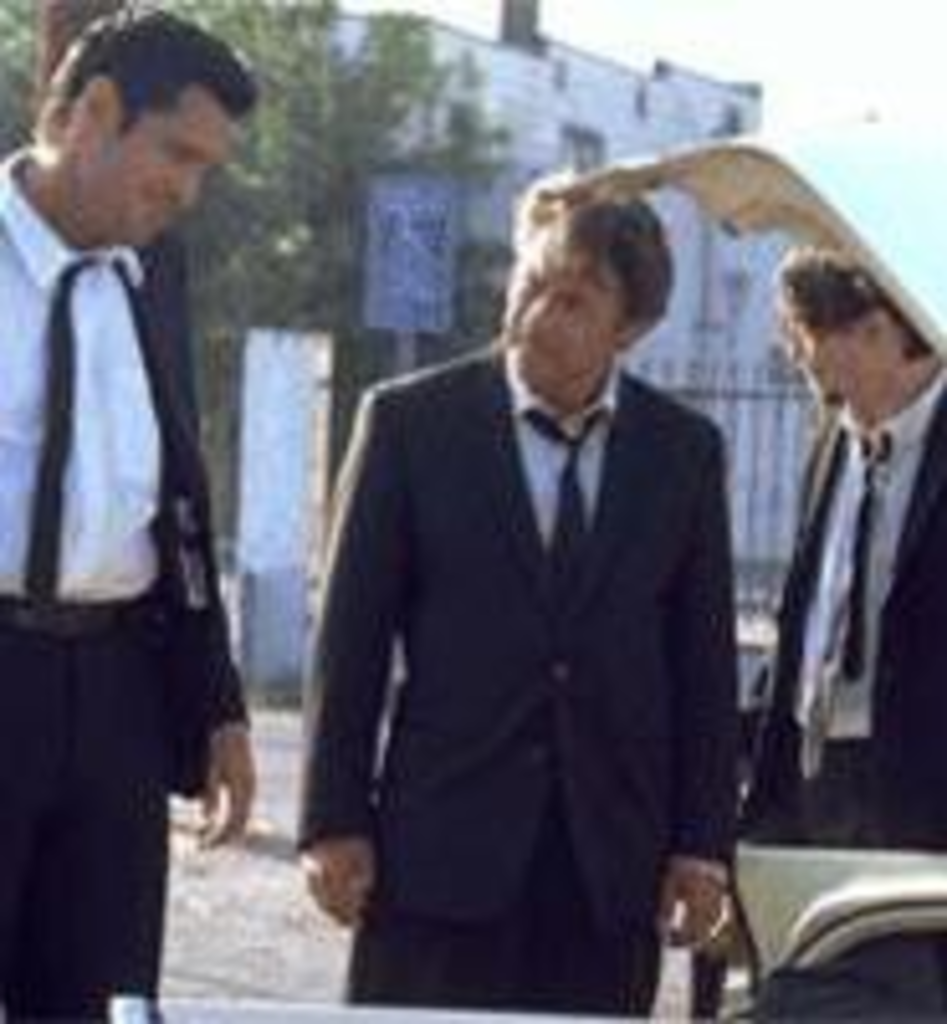 Quentin Tarantino’s first film shows its age these days, mostly because we’ve seen all of its tricks done far better by now. The nonlinear storytelling, the pop-culture gabfests, the shameless cribbing from obscure films — everything that once seemed so fresh has since become Tarantino’s formula. Fortunately, it’s one hell of a formula; he has yet to make a stinker. (And the Internet trailer for his next flick, Grindhouse, is more fun than most full-length movies.) A rerelease like this is all about the extras, and this one’s pretty loaded. There are plenty of deleted scenes and docs, from making-ofs to psychological profiles of the characters. There’s even an audio interview with a (purportedly) real-life stick-up man who pokes holes in the movie’s plot with vivid detail. Conspicuously absent is a full director’s commentary, a little shocking from a guy who’s this gabby. — Jordan Harper

Slither is about space slugs that turn people into zombies. So it’s not for everyone. It’s B-movie bliss, a smart mixture of gross-outs and laughs that stands head and shoulders above most horror flicks these days. Written and directed by James Gunn, who co-wrote the classic Tromeo & Juliet, the movie walks a fine line between genuine creepiness and comedy. Slither works because, unlike Saw and its spawn (part two of which also comes to DVD this week), it allows you to have stupid fun without insulting your intelligence. Also, y’know, there are space slugs and zombies, both of which come in a variety of shapes and gross factors. The extras are worth a peek, too — especially the docs about making monsters and fake blood. — Jordan Harper

No DVD in recent memory is better served by its commentary track than this compendium of Robert Smigel’s animated shorts made for Saturday Night Live. One minute, Al Franken pops up on a bonus cut (“Santa and the States,” in which the red states are labeled “Dumbfuckistan” by the jolly ol’ soul) talking about how conservatives don’t get irony; the next, Mr. T is rambling on about how he told the producers of The Surreal Life to get bent. In between, Stephen Colbert and Steve Carell drop in to talk about playing the Ambiguously Gay Duo (and arguing whose is the bigger package, Ace’s or Gary’s). Most of the shorts themselves hold up surprisingly well, chiefly “Conspiracy Theory Rock” (axed from SNL reruns) and the one in which Jesus sheds a tear over Linus’ closing speech from A Charlie Brown Christmas, which will always be the best thing Smigel will ever do. — Robert Wilonsky

By “definitive,” it means all eight episodes of Trey Parker and Matt Stone’s Bush-bashin’ sitcom parody are here, with a few minutes of commentary. The South Park-ers discuss how this show made their real franchise better without explaining why this one wasn’t what it could have been. Perhaps it just felt too prophetic, or maybe it was too arch — Three’s Company starring a guy who looked like Dubya (Timothy Bottoms) surrounded by familiar sitcom faces playing broader than a billboard. Or perhaps on the network of Jon Stewart, who was coming into his own as America’s fake newsman, it felt redundant; the phony version is just never as funny as the real GWB, who says things no scriptwriter could conjure. — Robert Wilonsky