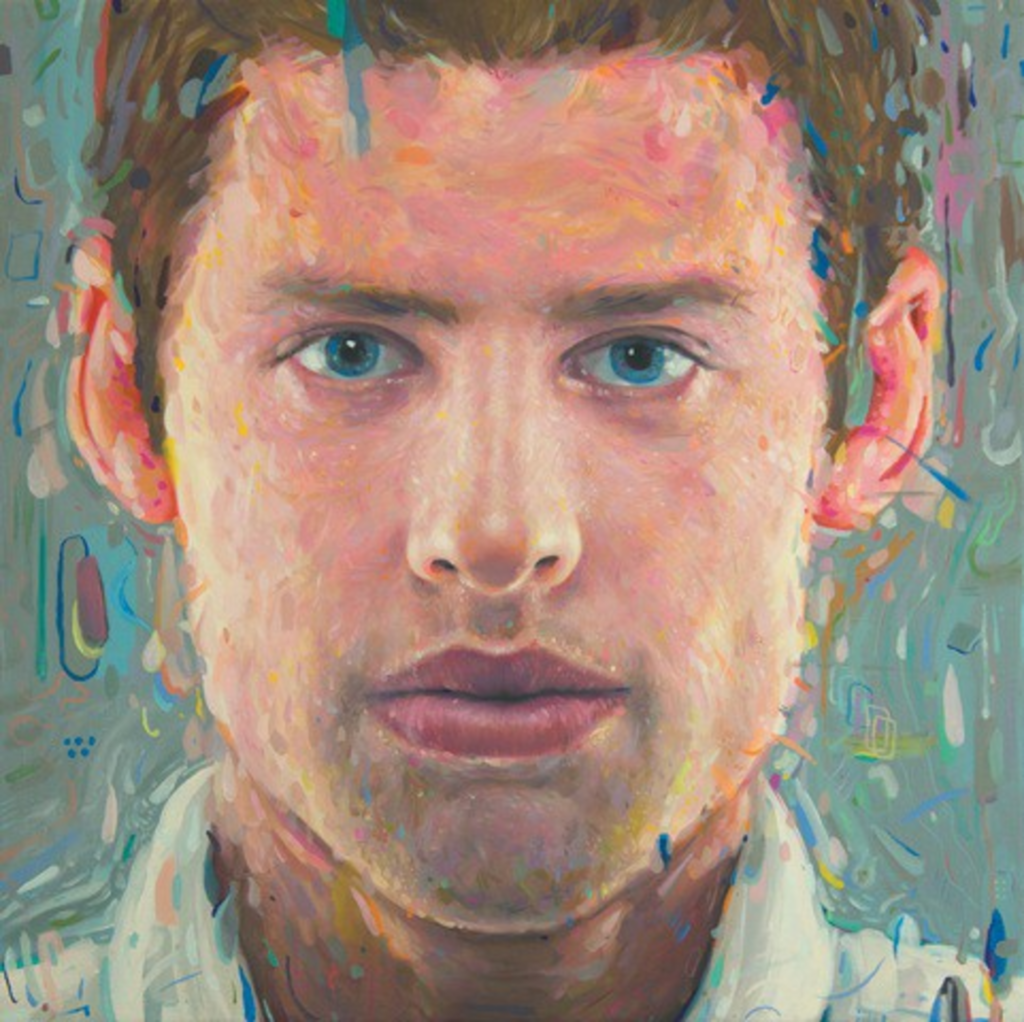 As the holiday season nears, so do the shopping shows and the sprawling exhibitions.

On the take-it-home-with-you tip, MLB Designs (2020 Baltimore) is open Thursday, First Friday and Saturday for anyone who covets large-scale woven installations as well as wearable hand-dyed pieces from Debbie Barrett-Jones; handmade jewelry from Flannery Grace Good; and custom headwear from Amina Hood, of Amina Marie Millinery.

Meanwhile, the Charlotte Street Foundation wraps up the curatorial residency of Danny Orendorff with an exhibition at La Esquina (1000 West 25th Street). His final show here — which kicks off with a First Friday reception from 6 to 9 p.m. — is called Loving After Lifetimes of All This, and includes the work of 13 artists from here, Lawrence, San Francisco, Los Angeles and elsewhere. It also features materials from the Black Archives of Mid-America in Kansas City and the Gay & Lesbian Archives of Mid-America at the University of Missouri–Kansas City. The exhibition, according to its statement, involves “a focus on intergenerational skill-sharing” and “positions craft-practice alongside the histories of community service, citizen journalism, and volunteerism, as another potential strategy for cultural resistance.”

Subterranean Gallery (4124 Warwick, Apt. B) opens its basement doors for the first in a new digital exhibition series called [refresh] + [redraw], with works by Eric Fickes and Eric Scrivner. Fickes, who comes to us from Atlanta, uses computer code and motion detection to generate art by turning the signals they generate into brush movement. Scrivner’s GIFs are optical illusions that have more depth than the commonplace Twitter animation.

Robert Howsare’s Glitches, at Beggar’s Table (2009 Baltimore), starts with the moiré pattern — typically seen as a mistake in the printing process, patterns our eyes take as moving objects — and creates optically tricky art. 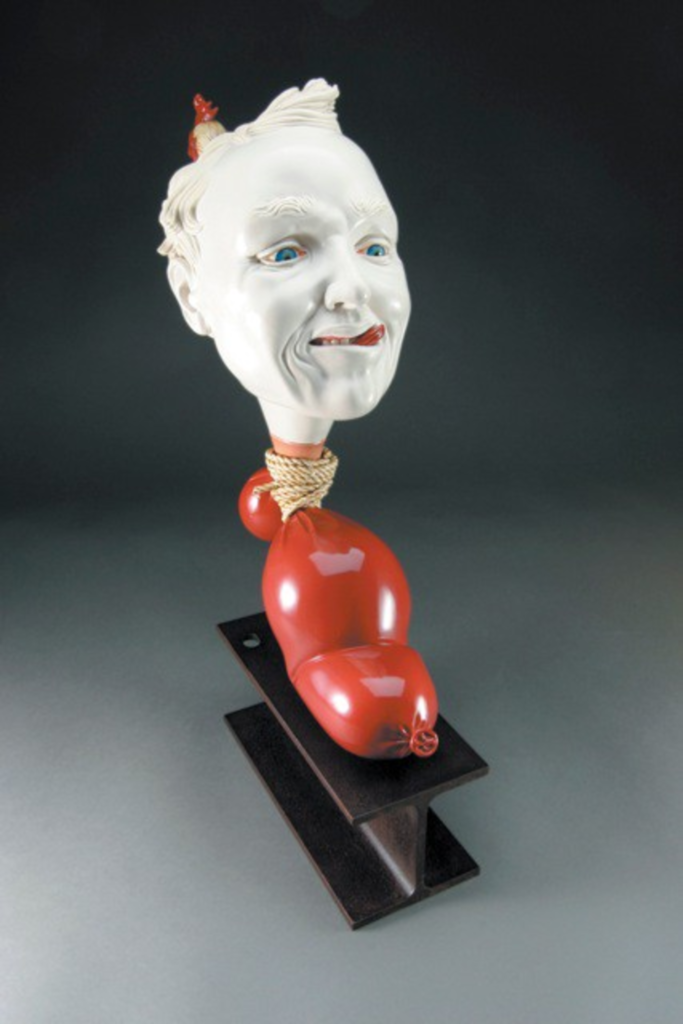 Amy Wright’s intricate paintings are on display at Plenum Space (504 East 18th Street, upstairs), a gallery that’s open First Fridays and then only by appointment. A Temple for Particles aptly describes her busy-looking vignettes, scenes that are surprisingly familiar and calm.

The Late Show (1600 Cherry) has long been a promoter of Nora Othic’s paintings of animals and Midwestern themes. State of Grace opens Friday and presents her latest work.

In a departure from his abstract paintings (not to mention his biopic of Jim Leedy), Kevin McGraw uses a selection from 1,000 or so images of his face — numerous photographs taken by his 11-year-old daughter — as collage materials to depict countless expressions and states of mind. The resulting self-portraits emerge in a show called Do I Know You, at Hilliard Gallery (1820 McGee).

Wichita artist Patrick Duegaw returns to the Leedy-Voulkos Arts Center (2012 Baltimore) with more from a series he established in 1997, The Innumerable Anxieties: Studies in Disorder. These are large-scale paintings of people engaged in, he says, “a myriad of circus-like spectacles; allegorical images illustrating the seemingly infinite, and uniquely personal, incarnations of mankind’s primal relationship with anxiety.” These are set amid the Painted Theatre Project, which is part installation and part event (including an original score) and provides narrative context. 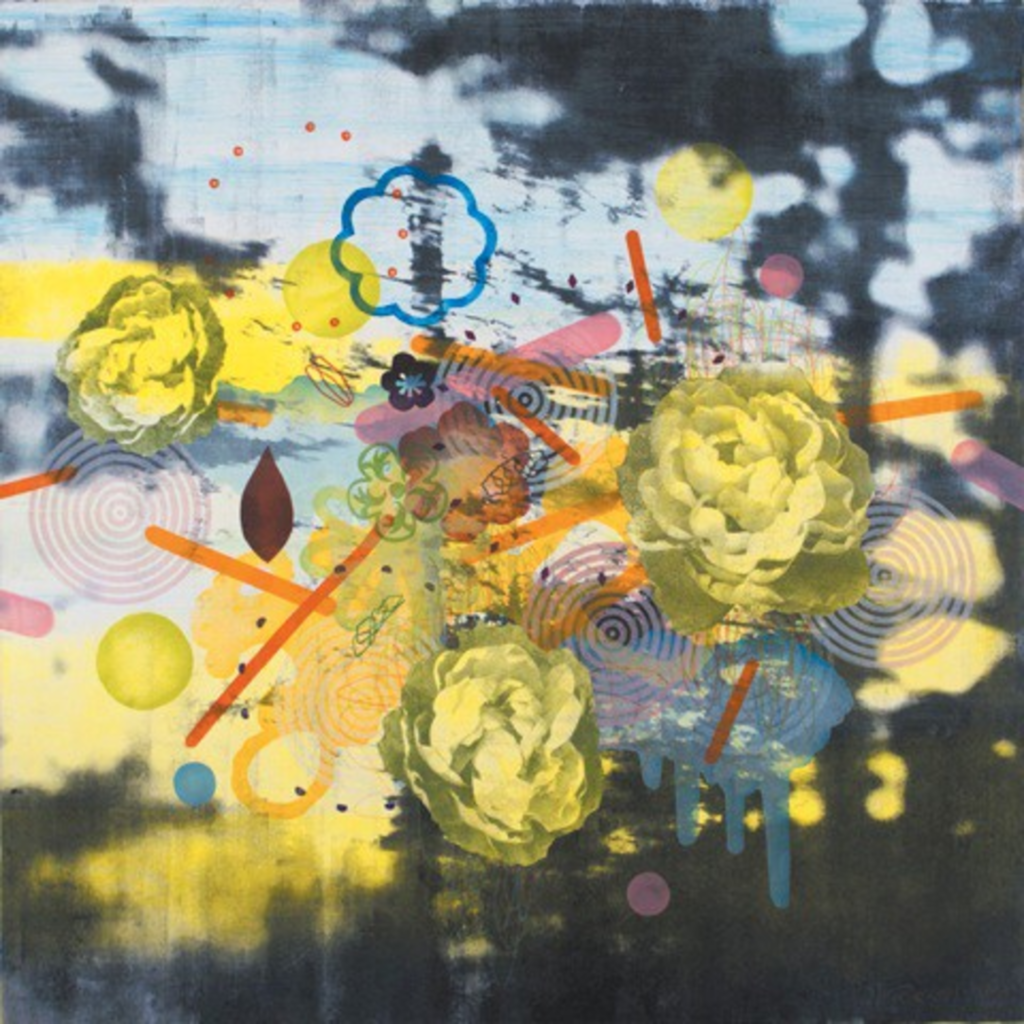 Also at Leedy-Voulkos this month: Aberrations by David Slone, portraits in a style that includes little marks that appear extraneous and swarm around people, perhaps representing chaos, complexity or the overload of visual and digital information that we float through every day. And three other solo shows are here, including Merry Menagerie, paper cuttings by Angie Pickman inspired by the 1926 film by Lotte Reiniger. It’s an imminently satisfying set of compositions, mostly in black-and-white, with judicious bursts of color and lots of finely crafted detail.

Finally, there’s Heinrich Toh’s return to the space that once was the Cocoon — the Todd Weiner Gallery (115 West 18th Street). His new set of monoprints, Abundant Journey, is, he writes in his artist statement, “inspired by layers of memory, ancestry and pattern.”

Find more First Friday events and gallery openings, both in and out of the Crossroads.