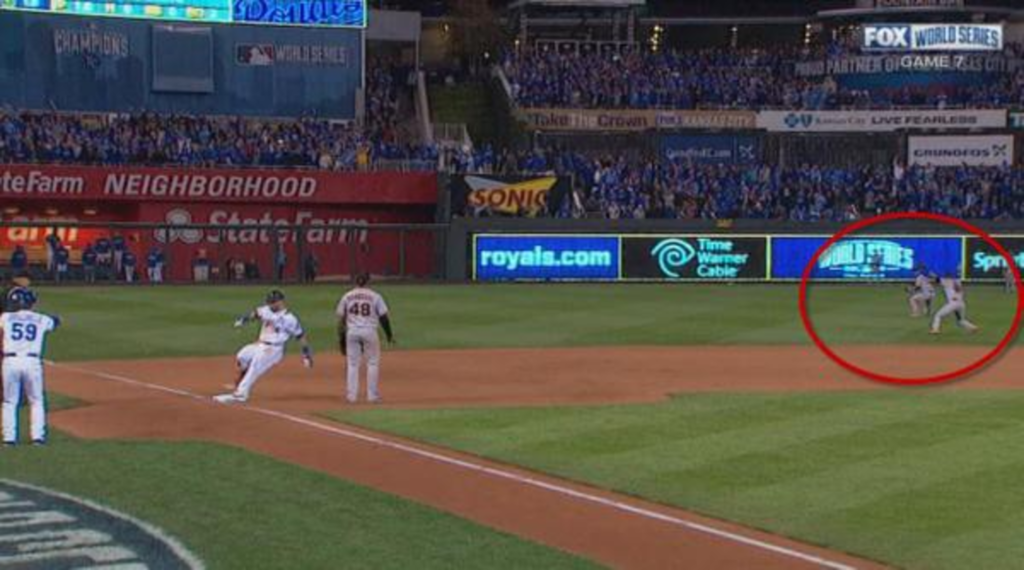 It’s a shame that the question may always linger in Kansas City sport lore: Should Alex Gordon have tried to advance to home in the bottom of the 9th inning?

A small cottage industry of Kansas City Royals fans on Wednesday night lamented the decision to hold a potentially game-tying Alex Gordon on third base instead of sending him home for an inside-the-park home run.

Gordon, who stepped into the batter’s box with two outs, represented the last gasp for the Royals, down 3-2 in the bottom of the 9th inning with no one on base. He slapped what should have been a single to centerfield. But San Francisco centerfielder Gregor Blanco misjudged the ball and let it skip by him all the way to the outfield wall.

It’s the sort of miscue that often lends itself to at least a triple and very possibly an inside-the-park home run.

But a triple was as far as Gordon would ever get.

Gordon, based on every bit of visual evidence available, would have easily been tagged out on even a mildly accurate throw from the cutoff man, who had the ball as Gordon reached third base.

http://m.mlb.com/shared/video/embed/embed.html?content_id=36878067&topic_id=63106348&width=400&height=224&property=mlb
A smaller subset of the Gordon truthers insisted that, given the way Blanco whiffed on Gordon’s base hit and how rightfielder Juan Perez subsequently mishandled the ball when it bounced off the outfield wall, Gordon and the Royals should have assumed that the Giants would likely commit one more error on the throw to the plate.

Any ire would be more appropriately directed toward Salvador Perez, the Royals catcher who came after Gordon and swung at some baffling pitches from World Series MVP Madison Bumgarner.

But really, there’s not much reason to direct any ire at anyone. The Royals didn’t win the World Series, but they played better this year than most could have predicted. It was quite a ride.

Congratulations to the Royals for a thrilling postseason, and a hat tip to the fans who represented the team and their city quite well this October.