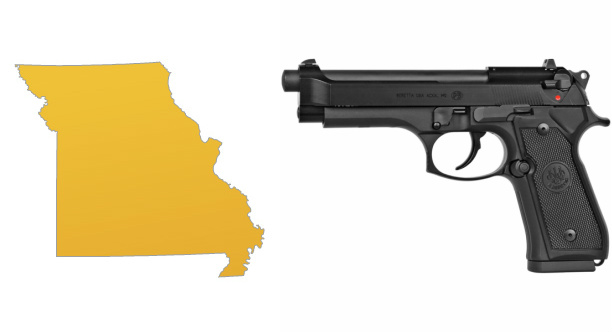 Two people were killed in a drive-by shooting near the Power & Light District early Sunday morning.

And now reports of a double shooting near the 3100 block of Kensington Avenue early Monday morning, leaving one dead and one in critical condition.

Gun violence is at epidemic levels on the other side of the state as well: 12 children have senselessly died from gun violence in St. Louis this year.

It is for reasons like these that the Missouri Legislative Black Caucus today sent a letter to Republican Governor Mike Parson asking that he consider a law allowing cities with high rates of gun violence to pass their own gun control legislation.

“We consider this an emergency that demands the attention of the entire General Assembly and the Governor,” Rep. Steve Roberts, the St. Louis-area chairman of the caucus, says in a release. “Action must be taken to stem this rise in gun violence in our cities and to help local law enforcement protect our children.”

Kansas City area Rep. Ashley Bland Manlove (D–26th District) adds: “Kansas City and St. Louis have shamefully and consistently ranked in the top ten deadliest cities for at least the past ten years. This is now a public health crisis. With double-digit numbers in both cities of children being murdered, it’s time to give individual municipalities the ability to regulate how weapons flow through our neighborhoods. We must change the law now.”

After a recent report found that Missouri was home to three of the top 20 most dangerous cities in America, Parson did express to MissouriNet last week a vague openness to reviewing certain gun measures. Parson was endorsed by the NRA in his run for lieutenant governor in 2016.