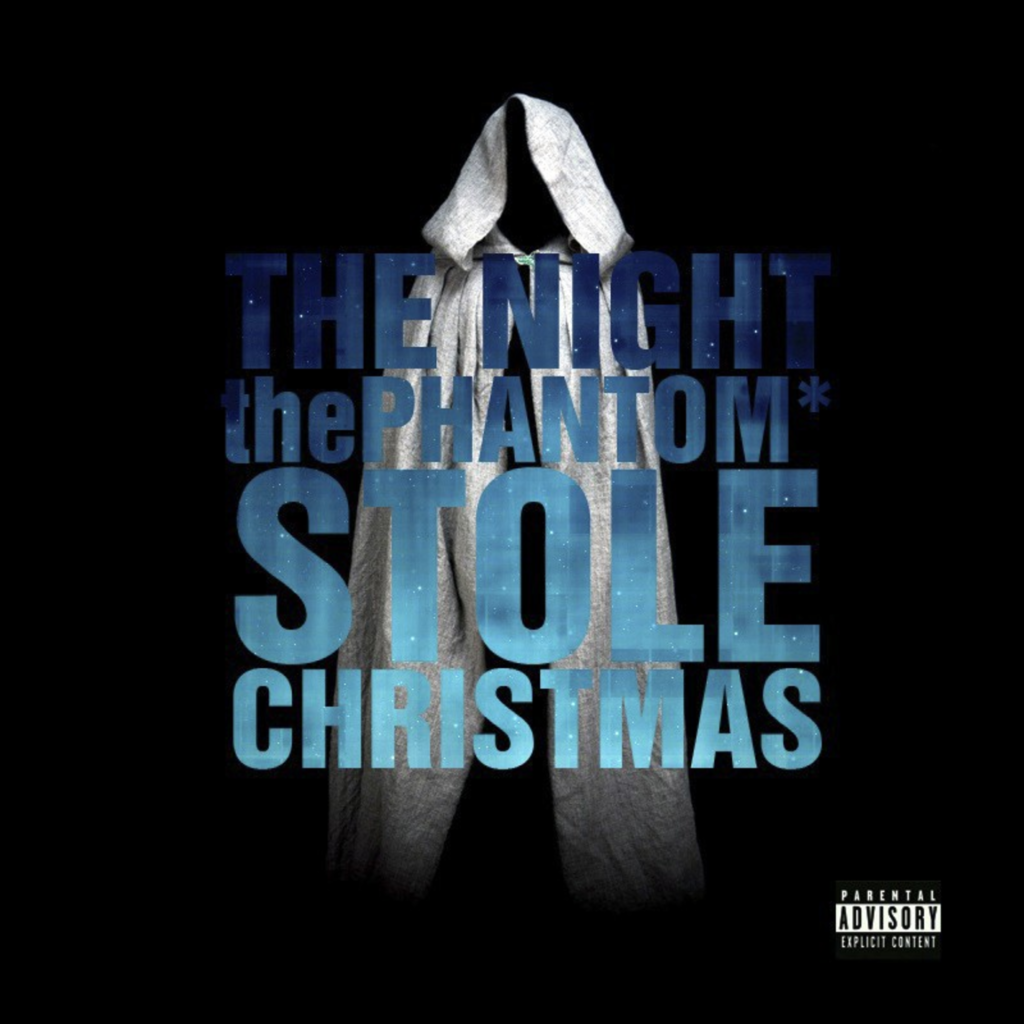 Kemet “thePhantom*” Coleman, who announced his retirement earlier this year, is back like MJ, wearing the 4-5. His newest release, The Night thePhantom* Stole Christmas, cements the local rapper’s position within Kansas City hip-hop’s burgeoning avant-garde. His hypnotic delivery is far from Tech N9ne’s scattered pontifications, but the album is a prime example of Tech’s increasing local progeny: artists who gladly subvert expectations with independent work that champions the strange and esoteric over the radio-friendly. (As far as we know, it’s also the city’s first hip-hop holiday album.) The small six-track opus is an irreverent pastiche of the secular Christmas spirit: caroling, sleigh bells, and spaced-out hip-hop jingle atop ass-bouncing bass. “Christmas in Kansas City” provides listeners a holiday-inspired tour of the city: It’s a Kansas City Christmas/8-1-6/And it’s my city, I’m addicted/No conflicts. The last track, “Finally! (New Year’s Is Here),” is a raving, cork-popping tribute to 2010 that would have Rudolph waving a glow stick in celebration. If thePhantom* has his way, Santa will be coming down from opiates instead of chimneys this holiday season.