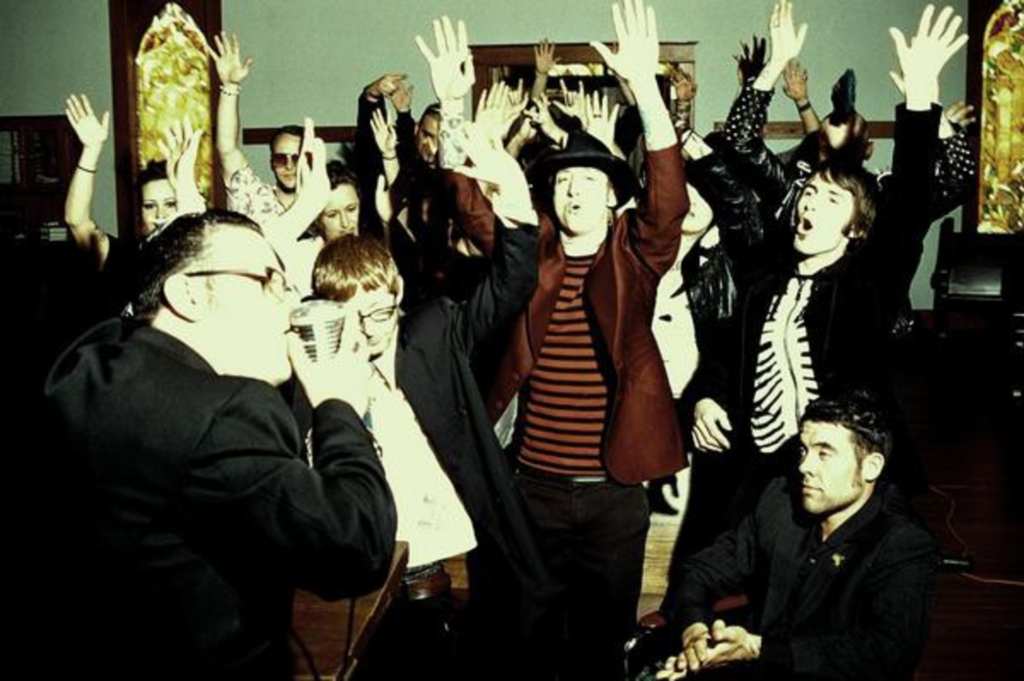 We reckon it’s time for a new album… But this time it’s gonna get done in Bobs house with a bunch a shit we’re gonna F up our credit with. We decided we’re gonna ruin our good names and charge a bunch of spensive gadgits that we may or may not be good for. We figure we got about 9 new songs and 3 or 4.5 new covers since the release of LET THE SIN BEGIN and frankly we’re almost tired of listenin to that thing. So in order for us to continue to sit around talkin bout how bad ass we are and strokin our own gratification locations, we must continue to document the sound track of our lives. So between the Raspy Josh recordings, our own endeavors and even one pre Bob track yer gonna see a new album in October and probably a split and a cover EP by Christmas! Think we might even plan on a new video for ALL HELL! Loan companies will curse us, our egos will thank us and hopefully some of ya’ll will by some records cause we need more beer.

Hallelujah, brothers and sisters! You can catch the band around the area over the next month or so. They’re at the Newsroom on June 26, with Three Bad Jacks at the Replay Lounge on July 12, with Scott H. Biram at the Riot Room on July 20 and there again August 7 as part of the {Un}Scene KC Fashion Show.

Check out their cover of Billy Joe Shaver‘s “Georgia On A Fast Train” below.