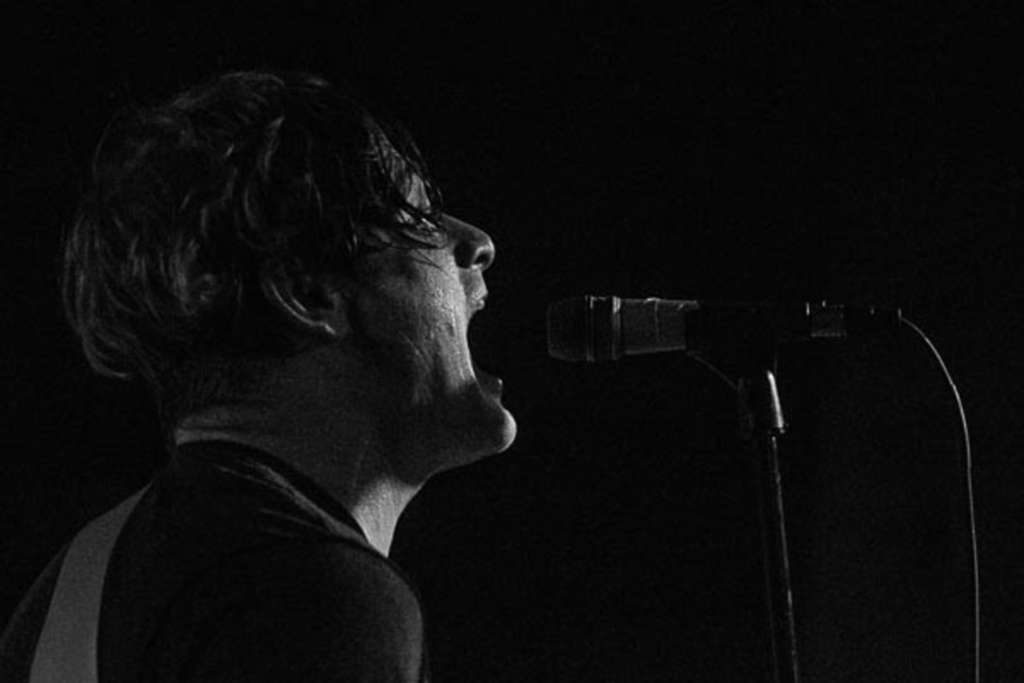 There was a point, about six songs into Thee Oh Sees’ set last night, where a fan took a step up to the stage and fell backwards into the waiting crowd to begin the most timid stage dive I’ve seen. It was probably the only thing you could call timid during a wild night at Riot Room Saturday.

The packed house got everything they were expecting from Thee Oh Sees – a high energy, stage-dive-able performance. The almost decade-old San Francisco punk rockers put on a start-to-finish blow out, hitting more than 15 songs throughout their catalog and keeping the crowd hanging on every note. 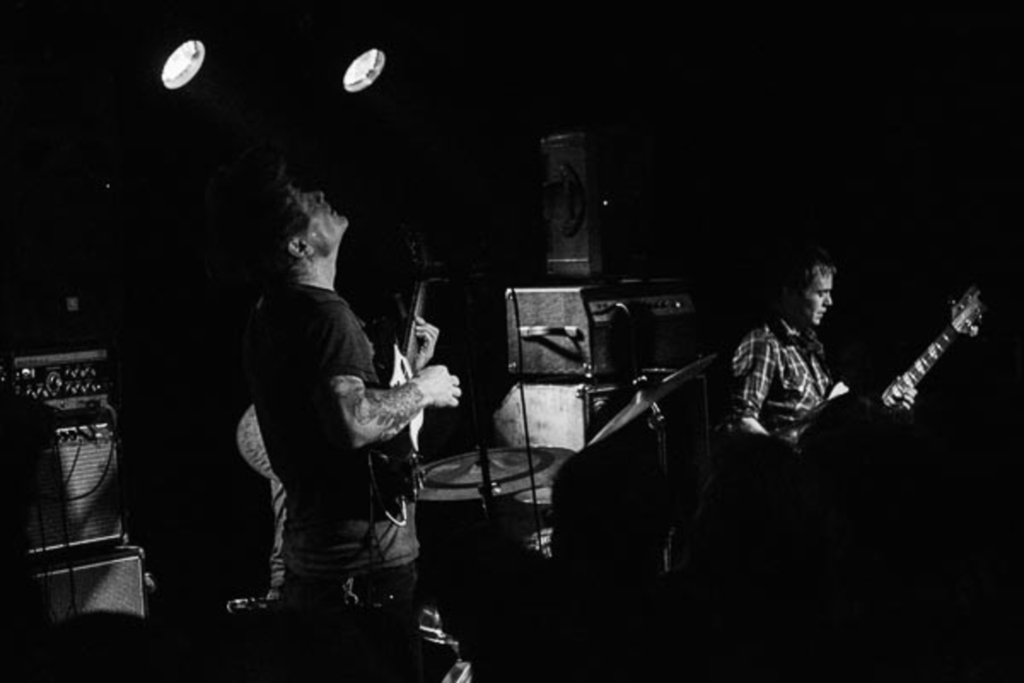 Like most Riot Room shows (with no easily accessible backstage), the show seamlessly blended from sound check into a song as frontman John Dwyer made a quick introduction before bursting out into a bright, poppy guitar riff, with the rest of the band following suit.

Dwyer controlled the crowd throughout the set. In cut off jean shorts and a black t-shirt, the unassuming punk-rock veteran didn’t say much besides the occasional “thanks” and one offered trade (“One free record to the person to bring me a Corona”). His intense – yet still playful – energy drove the show as he danced around stage, balancing his out-of-control movements and his right-on-the-money technical prowess. The band clearly had the chops of long-time musicians, but still brought an unexpected sense of spontaneity. The members seemed to feed off the push from the crowd.

And the crowd definitely pushed. The sheer amount of sweat shed throughout the hour-long set probably equaled the beer sold during. Every song had a bulk of the crowd fist pumping and air-soloing and screaming along in the notoriously sticky air of the Riot Room. The mosh pit wasn’t really as violent and mosh-y as it was danceable and fun. 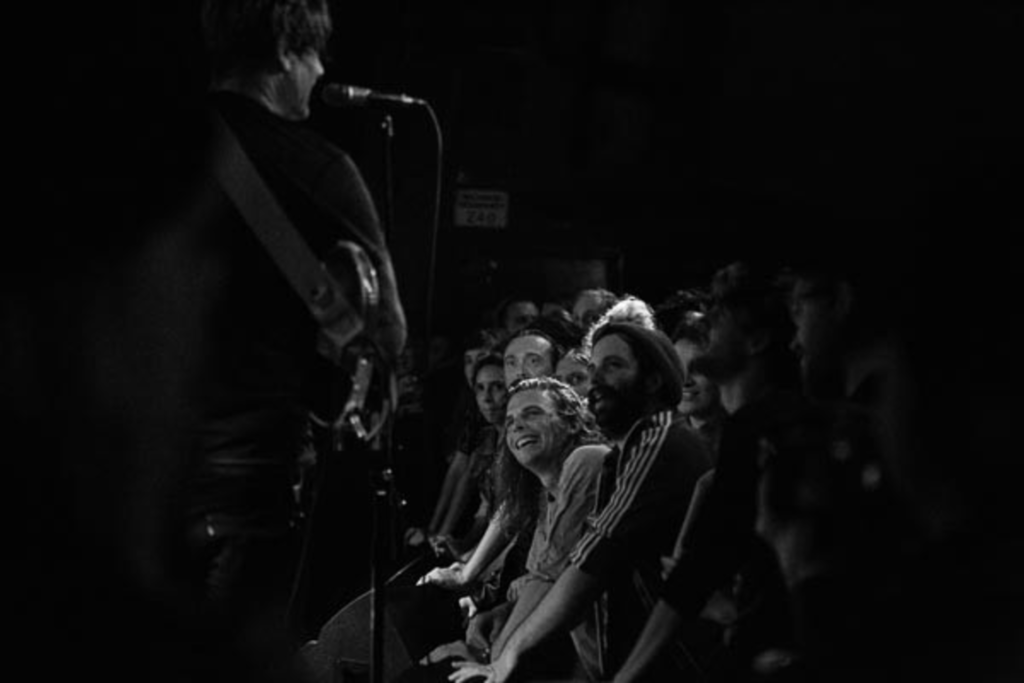 While the power of the band shone through to the crowd, Dwyer’s vocals were mostly lost among the wall of sound, with only his Geddy Lee-like yelp flying through amongst the reverb and distortion. This did nothing to stop the crowd though, who clearly were not there to opine on Thee Oh Sees’ lyrics.

This energy hit plenty of fever pitches, but lulled when Thee Oh Sees showed their true San Francisco side. The only downtime during the set was during a number of longer, almost jam band-like interludes with Dwyer soloing. The guitar work was solid and it was definitely nothing to scoff at, but at times, the solos tended to stretch long and start to sap the crowd’s power – especially toward the end of the set. 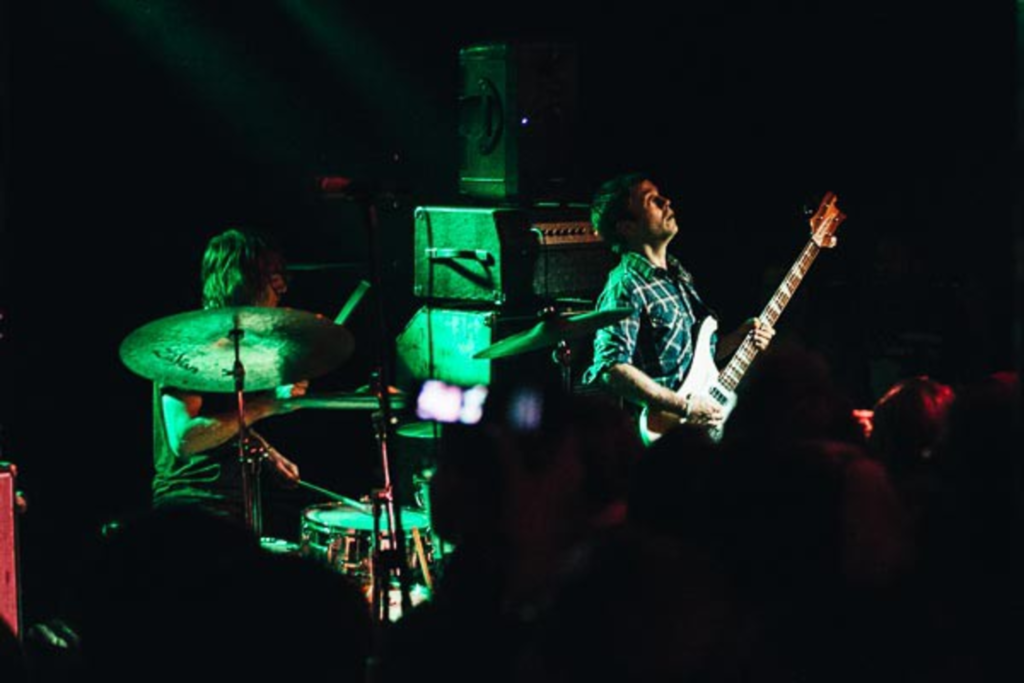 After 45 minutes and a few timid-or-not stage divers, Thee Oh Sees brought out a surprisingly long encore that pushed the set to a full hour. The already hot air filled with smoke as Dwyer lit a cigarette and brought the band back out. Ever a showman, Dwyer stuck the cigarette in the head stock of his guitar as the band busted out three more songs.

The set was a perfect fit for Riot Room, with the crowd leaning over and even busting into the stage. Despite the band’s relatively long career they brought an amazing sense of newness to the crowd, leaving a lasting impression. At one point a fan yelled for them to play faster, and the 40 years old Dwyer answered saying faster was “a young man’s game.”

Then he continued a set of the kind of timeless, fast-paced punk that makes Thee Oh Sees something special.

%{[ data-embed-type=”image” data-embed-id=”57150c0289121ca96b9561d1″ data-embed-element=”aside” ]}%
Leftovers: The Riot Room at capacity is not a very comfortable place to be, but Thee Oh Sees had the rare quality of making you feel even better when sweating profusely. L.A. artist Jack Name was impressive, an enigmatic force on stage, and I found myself wishing a few more people were paying attention to his psychedelic rock (though there was a decent crowd supporting him). Local openers the Conquerors cracked open the night with a throwback set of classic-sounding pop songs, and it was impossible not to smile and sway along with them. 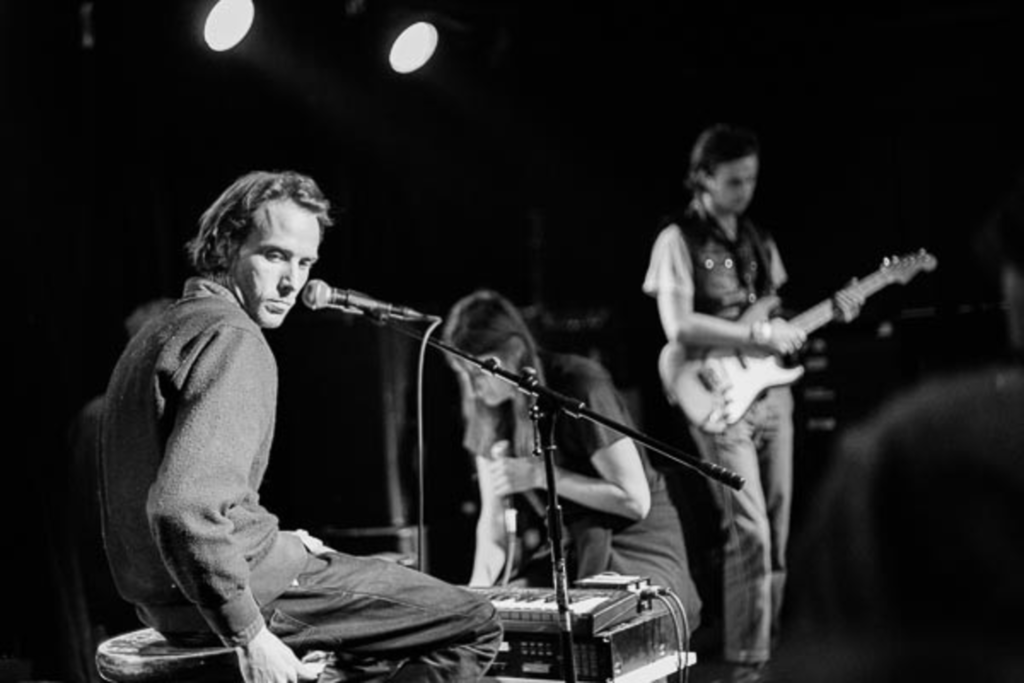 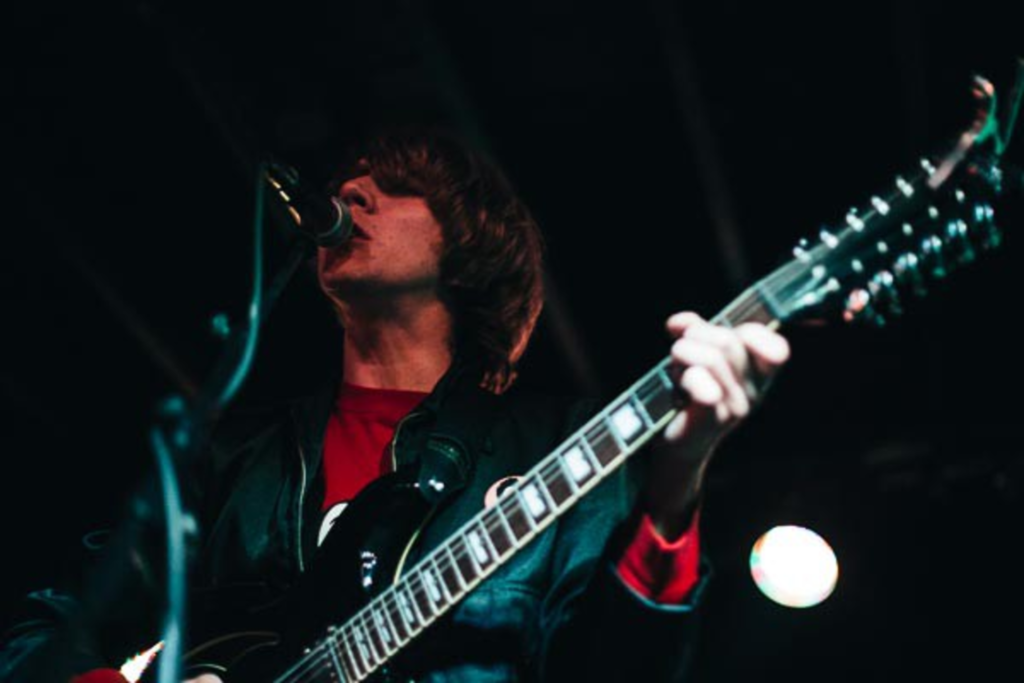 Also: I couldn’t manage a setlist. If anyone has one, feel free to post in in the comments.