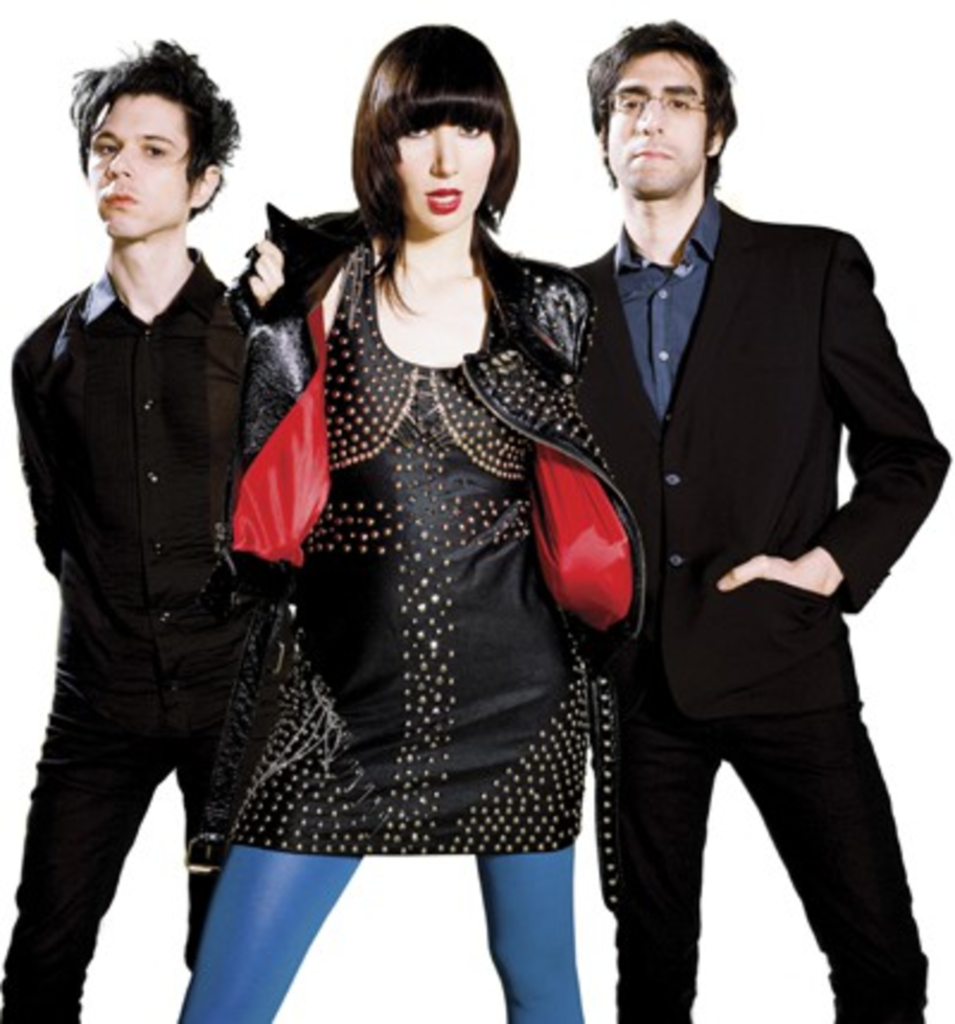 Yeah Yeah Yeahs drummer Brian Chase vividly recalls the
winter day earlier this year when a hot-from-the-manufacturing-plant CD
of It’s Blitz! — the third full-length from the bicoastal
trio of Chase, singer Karen O, and guitarist Nick Zinner —
arrived at his doorstep. He held it in his hands and he talked to
it.

“I was like, ‘All this blood, sweat, time, and energy for
you. I labored and slaved and gave up so much of my life for
you!'” Chase laughs over the phone from Los Angeles, where the
Yeah Yeah Yeahs are playing one of the first dates on a U.S. tour that
will bring them to the Beaumont Club on Wednesday, June 3. “I still
feel like it’s very much in control of my life.”

Chase and company’s devotion to It’s Blitz! paid off
handsomely — the songs are remarkable and engaging, and few bands
have been quite this successful in drastically overhauling their sonic
attack while remaining true to their essential nature.

For the YYYs, that meant reconfiguring the band’s raucous art-punk
into dance-floor-friendly synth-pop and dreamy electronic balladry.
Mostly gone is Zinner’s shrapnel-scattering guitar, replaced mainly by
synthesizers and six-strings either soft-blurred by an array of effects
or delivered in clean, staccato, disco-funk form.

Still, Zinner brings grit and physicality to his electronic
sequences in the propulsive “Zero” and the venomous, throbbing “Shame
and Fortune,” and he coaxes loveliness out of tension in “Hysteric” and
the deceptively gentle “Little Shadow.” Karen O, meanwhile, harnesses
her raw, feral caterwaul, displaying more finesse and control as well
as singing with more vulnerability than ever before. If anything, her
restraint and focus create an even more powerful emotional punch.

It’s Blitz! was a risk that certainly paid off artistically
— critically, too, for the most part. But Chase says the band
really had no choice but to try to break out of the arty, garage-rock
comfort zone established by its first two albums, 2003’s Fever to
Tell and 2006’s Show Your Bones. “That’s been a huge credo
of Karen’s: this need for change and feeling like once it starts to
feel too comfortable, then it’s time to start searching for what’s
next,” Chase says.

Not that the band didn’t consider how the change would be received
by fans.

“It was in the back of our minds for sure,” Chase admits. “I think
at first we were putting a lot of other people’s expectations on our
shoulders. It’s kind of dangerous going down that path because once we
base our own happiness on other people’s expectations, that’s almost a
recipe for disaster. But what was nice about making It’s Blitz!
is that we kept ourselves away from a lot of it. We hadn’t done any
shows for a long time, and we were just kinda working and writing in
the middle of nowhere.”

Indeed, Karen O (who has lived in Los Angeles for the past five
years) and Chase and Zinner (who still live in New York City) all
decamped to the tiny, isolated Texas border town of Tornillo to craft
the bulk of the album. With no concrete plans other than the desire for
change, the sessions were long, difficult and draining.

“It definitely evolved as we were making it,” Chase explains. “It
was a step-by-step process.”

It’s been fairly well-documented that the Yeah Yeah Yeahs nearly
split while making Show Your Bones, due to intense showdowns
during the creative process. Some stubbornness and angst emerged this
time, too, but again, the band found ways to navigate through it
intact.

“We’d been through so many situations already that we’ve developed
coping skills, but yeah, it’s tricky,” the drummer says. “You know,
there’s still a lot of ego attachments with creativity and working with
people. That always seems to get in the way at points. I’m personally
an idealist, in the sense that I feel like living and working in a good
state leads to a good result. But then other people will say that
tension and strife and frustration are a good source of
inspiration.”

Laughing, Chase clearly implicates Zinner as a charter member of the
tension-and-strife school. “Even before we play, before we go onstage
— I’d say for like at least a half-hour before — he’s just
pacing and grunting and fidgeting to the point where it makes the rest
of us really kind of anxious. But it’s necessary for him. He needs to
work himself up, so as soon as he gets onstage, he lets it all out. I’m
more of, like, trying to find a state of calm and stability and peace.
And then Karen is right in the middle, right there between us.”

But for all the tumult, the trio has managed to keep it together for
nearly a decade. Chase knows the Yeah Yeah Yeahs have a good thing
going, and he’s as curious as the rest of us as to where the band heads
from here.

“I guess with us, we’ve always had a strong sense of keeping it
going, of moving forward and embracing change, but at the same time not
knowing what that change is. So it’s almost like taking a blind step
forward. It’s scary and exciting. But knowing that the three of us
share this special chemistry and that when we come together, it does
have this amazing feeling, you know? The potential is always there to
create some really good art.”