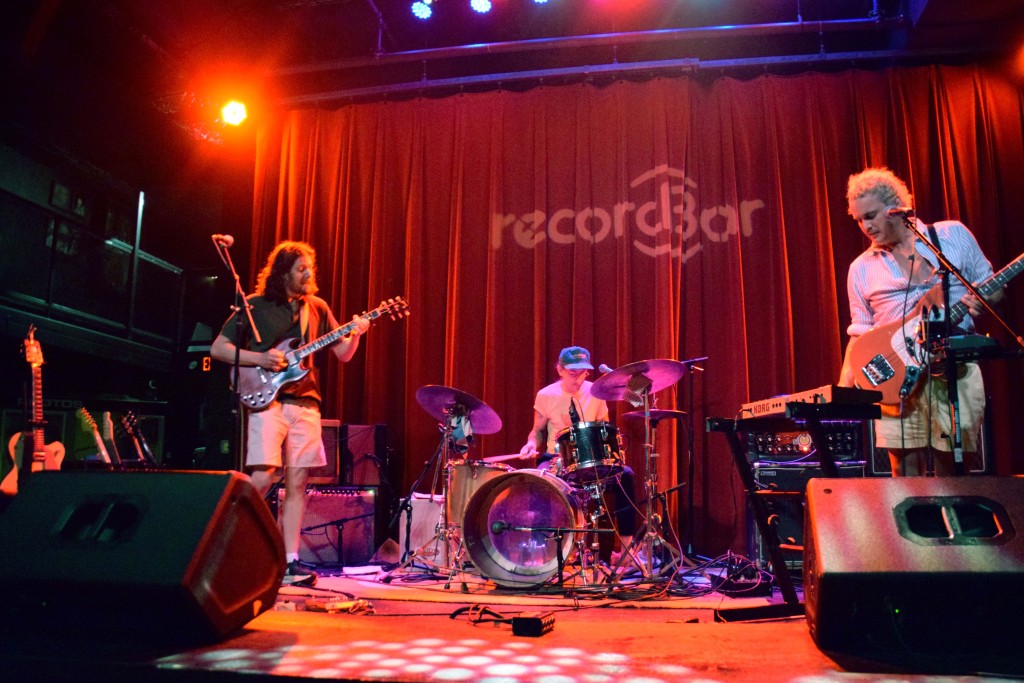 The Yawpers. // Photo by Isaac Biehl

with Dan Jones and The Squids

A First Friday during Fourth of July weekend meant there was plenty going on all over the city, so recordBar wasn’t necessarily a packed house for The Yawpers’ show. But the Colorado-trio didn’t care—they still brought the same energy as they would had the floor been popping off. Their presence was palpable, and the performance left a lingering rock show feeling in the air. 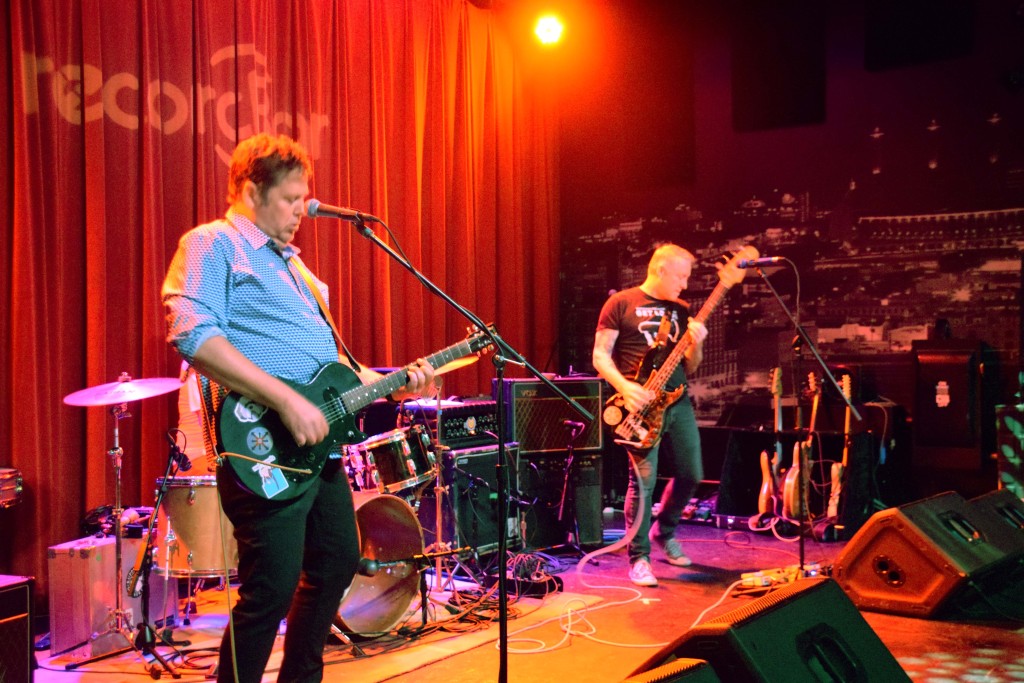 Opening the night was KC’s own Dan Jones and The Squids. Jones (guitar, vocals), Steve Tulipana (bass, vocals), and Matt Ronan (who rocked a Sporting KC drum kit) mingled with a crowd of friends and fans before their set.

They began right on time at 8 p.m., blitzing into the first two tracks without saying a word. This high-stepping pace was maintained throughout the entire set. Tulipana even joked that they had been moving so fast time had actually gone backward.

Even with most people remaining at their tables to enjoy the set, the trio had such a strong presence and welcoming vibe on stage. Whether they were ripping through fun and cheeky pop-rock jams like “My Remotes” (Jones jokes that they’re probably “under your dog”), or more contemporary Bob Dylan and Neil Young-style deliveries—it was apparent they were having fun.

They capped off their 45 minutes on stage with a sneaky-powerful message from Tulipana: “Make some noise. Not for us, but out there in the world.” 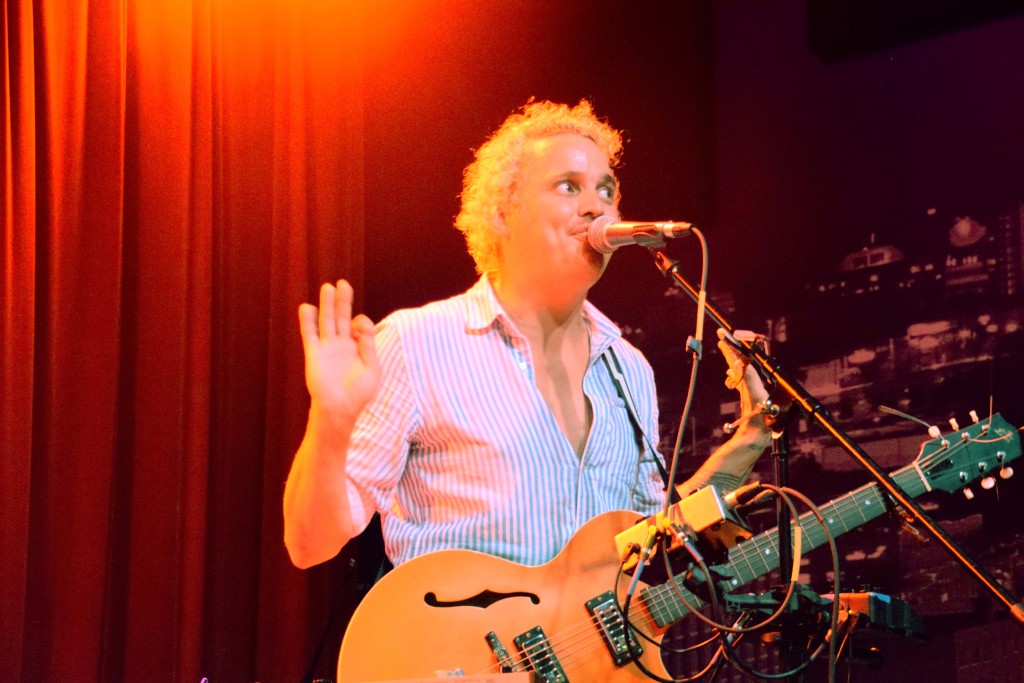 The Yawpers. // Photo by Isaac Biehl

The Yawpers came out with an excitement to be back in KC since pre-pandemic. Their last time in town was April 2019. “It’s been a long time. I wear pastels now. You’re welcome,” says lead singer Nate Cook to the crowd in his yellow shorts and newly-dyed blonde curls.

Joining Cook was Jessie Parment on guitar and Alex Koshak on drums. Parment creeps up on you with his laid-back demeanor and ability to finesse complicated riffs. Parment had an especially killer moment when he whipped out the melodica for a solo under the bright red lights.

Koshak started the show barefoot and ended up losing his shirt towards the end of the night while staying locked in on his grooves behind the kit. The trio have an awesome chemistry on stage, taking multiple moments to smile and interact with one another.

Cook’s eyes seemed to pierce the crowd, and he loved to use his hands. Sometimes he’d place them both out in a floating manner as if he was serving something spiritual. Other times he’d create makeshift devil horns and pretend to blow his brains out.

His onstage persona is like a combination of Gerard Way and Freddie Mercury—intoxicating, playful, and very present in the moment, delivering each song like it’s the most important story. Cook gave a terrifying yet compelling smirk. He continued to play around with different vocal effects throughout the night, concocting a haunting reverb with his tone that added a nice flair to the set.

The floor didn’t fill up right away, which was a little surprising. Cook asked how many people in attendance had been to a Yawpers show before, and at least half raised their hands.

The band wanted to create more closeness from the stage and encouraged everyone to get out of their seats. The crowd happily obliged—and things picked up a little more from there. 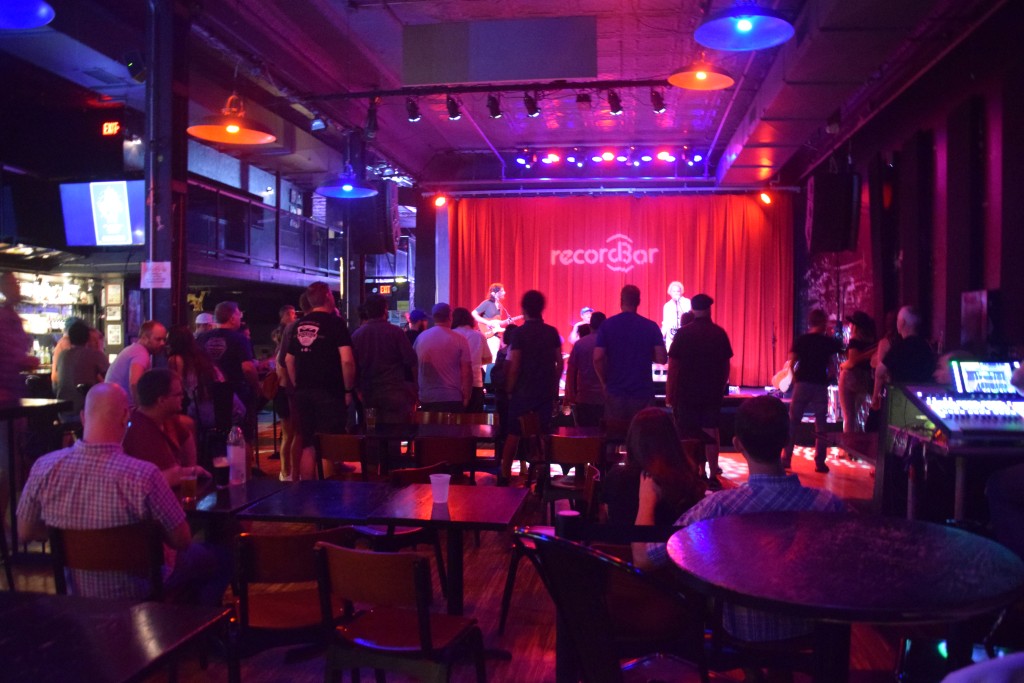 The Yawpers at recordBar. // Photo by Isaac Biehl

The band went into an untitled new song they’d been working on that featured thundering repetitive shoutouts to a “Mr. Clean.” They ripped up the stage with a fast-pace tempo and plenty of shrieking by Cook. A few more unreleased songs suggested The Yawpers were striding into more of a punkish, indie-rock lane than before.

Skipping the encore, Cook led the band into its slow-building ballad, “Carry Me,” an emotional song about Cook’s now ex-wife. As the song builds, both Parmet and Koshak sing through the chorus while Cook belts out these powerful screams. The finishing touch of the song was a grand high note as the night reached its final moment.

The set ended on a high. It was powerful and cutting, which seems to be The Yawpers’ M.O.

All photos by Isaac Biehl 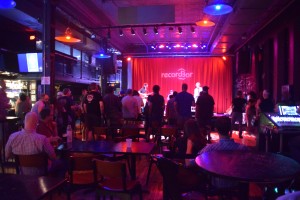 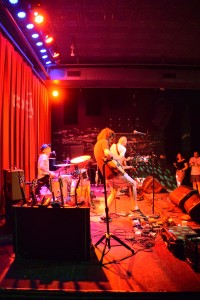 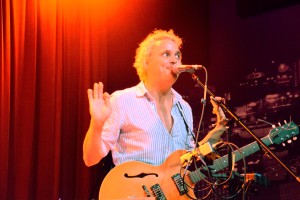 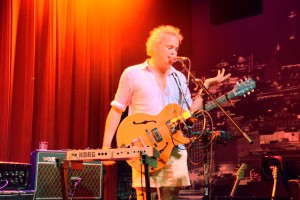 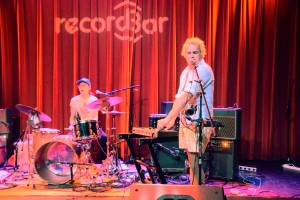 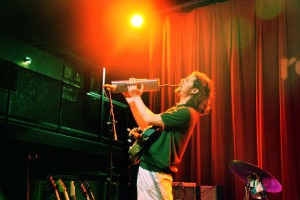 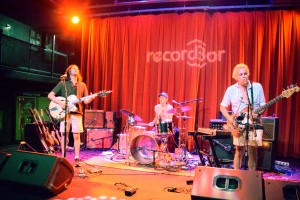 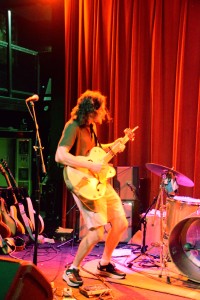 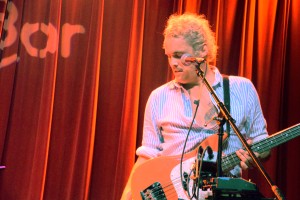 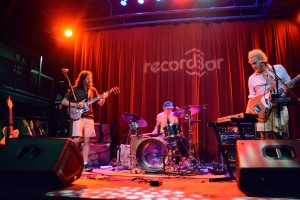 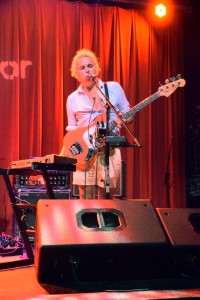 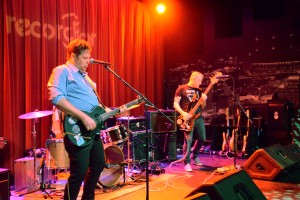 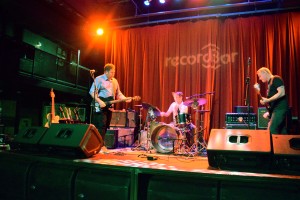 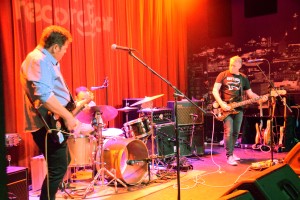 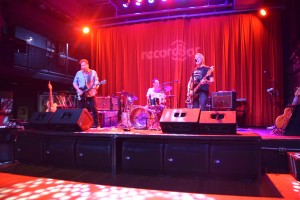 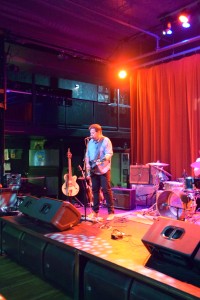