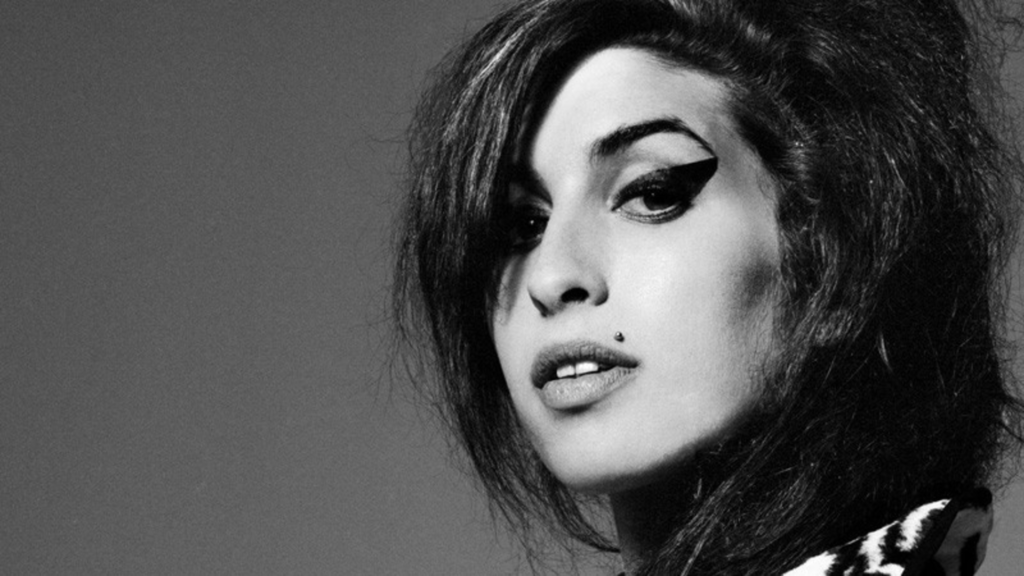 Add Amy to the growing list of riveting documentaries this year about music icons (Cobain: Montage of Heck; What Happened, Miss Simone?) whose tumultuous lives gave them a wealth of bold personal songs as well as a tragic early demise. With her death still fresh in people’s minds — she has been gone just four years — and her career so sadly truncated, it initially seems early or even unnecessary for a feature-length documentary on Amy Winehouse’s life and times. Even die-hard fans may feel that this movie isn’t bustling with brand-new info.

But director Asif Kapadia, who previously chronicled a sports star who shone too brightly and flamed out too quickly with Senna, rounds up revelatory, even joyous footage and interviews. The film he has assembled from them is a heartbreaking portrait of a major talent whose demons haunted her only more once she became a star.

The movie starts with Winehouse as a cheeky up-and-comer, strumming her guitar and hitting soulful jazz notes on the mic. To these early small gigs, she’s accompanied by a loyal circle of friends and musicians, the odd bag of weed serving as her only vice. (She was out and about promoting her first album, Frank — a great record.) She’s already a blazing talent, and Kapadia locates a foreboding audio snippet in which Winehouse tells an interviewer that she would go mad if she became a major star.

Cue Back to Black. Once Winehouse, now rocking her trademark sky-high bouffant, gets touted as the Next Big Thing on the strength of her retro-soul-heavy second album, her fears of stardom become self-fulfilling prophecy. The paparazzi start swarming around her like eager, judgmental vultures. Bulimia, an eating disorder she developed as a teenager, and rampant drug use turn the once-assured singer frail, fragile.

The movie charts her continually rocky relationship with boyfriend-turned-husband-turned-ex Blake Fielder-Civil, who became her partner in drug use and rehab visits. Fielder-Civil, who will certainly have viewers referring to him as the Courtney Love to Amy’s Kurt Cobain, is one of two men basically serving as the movie’s villains — the other being Winehouse’s father, Mitchell, who, early in Amy’s life, left her and her mom for another woman. Both of these men should have been her caretakers when it became obvious that she needed help. Instead, they leeched off her and her success, craving the attention that she avoided.

As Amy moves toward its inevitable end, Kapadia maintains compelling control over his subject. In the amazing home-video footage at the center of his storytelling, we see Winehouse at her most playful, as well as at her most vulnerable. Kapadia also ditches talking-head interviews in favor of having family and friends speak in voice-over — along with former collaborators Mark Ronson, Tony Bennett and Yasiin Bey (aka Mos Def) — echoing the various voices in Winehouse’s head as she grappled with making the right decisions for her career and her life.

As it should, Amy reminds you that Winehouse was no lost cause, not a hopeless druggie whose very public battles with addiction made her a tabloid-attracting punch line. She deserved better. Hearing her beautiful voice once again inhabit her music’s verses of love and loss leaves you sad at the thought of all the music that might have been. But, watching this wrenching doc, you may reach the same conclusion I did: It’s worth enduring all this scandalous bullshit again just to see her onstage once more.