The Women’s March on Washington is going to D.C. — and staying in KC, along with other weekend protests

Britten Bolenbaugh leans forward in her seat as we talk inside a suburban coffeehouse in eastern Jackson County. She’s a yoga and Pilates teacher — never one to sit still for very long — but the movement she’s telling me about is different from any she has undertaken before.

Bolenbaugh this week leads hundreds of Missourians to the Women’s March on Washington, D.C., the day after Donald J. Trump’s inauguration as the 45th U.S. president. The election, she says, hit her hard. So two months ago, she put down $250 to secure buses, and she started gathering people for the journey.

“Here’s someone [Trump] who is backed by the KKK, someone so despicable that I thought we needed to say, ‘It’s not OK to treat people like crap.’ We need to stand up.”

Bolenbaugh is co-administrator of the Women’s March on Washington’s Missouri chapter, and the two buses leaving from KC will be full of signs and signifiers — knitted “Pussy Cat” stocking caps to wear, signs to carry. She estimates that, with buses leaving from Lawrence, Topeka and Kansas City, as well as vans and individual cars, some 1,000 area people will be among the D.C.-bound caravan.

Kansas Citians staying home are preparing in their own way. Marchers will gather in midtown Saturday, and community activists plan to meet on Sunday. A few thousand people are expected to attend a sister rally in Kansas City, at Washington Square Park, with music, speeches (centered on civil rights) and remarks from religious leaders on the agenda, and women’s marching band the Pythons among the performers. Afterward, a meet-and-greet at Union Station is supposed to happen.

According to a statement published by organizers for the Women’s March in Kansas City, “There is strength in our united numbers and together, we demand full representation of our diverse experiences. This election targeted people of color, the LGBTQ community, immigrant communities, our Muslim brothers and sisters, women and their Constitutionally protected reproductive rights, people with differing abilities, and those impacted by poverty. We vow to move forward from this rally holding accountable those providing leadership in our communities to represent our diverse needs and long established constitutional rights.”

Planned Parenthood is sponsoring a panel discussion on Sunday evening at Unity Temple on the Plaza as a way to connect various activist groups following the election’s national and regional shift rightward. The focus is how to combat racism and sexism while uniting all the different groups as one collective.

“It is critical that we set a table for Kansas City social-justice organizations,” says Laura McQuade, president and CEO of Planned Parenthood Great Plains. “We feel it is important to have this dialogue. We all approach from our own individual experience — a gender experience, a race experience and we view the work through these lenses. It is important that if we are going to come together as a broader movement we have to see what others are experiencing because we really can be stronger together.”

Groups participating include Stand Up For Racial Justice (SURJ), One Struggle KC, Uzazi Village, and representation from labor and LGBT groups.

Bolenbaugh, who is headed to Ukraine with the Peace Corps this spring, is already looking beyond the march. She says she hopes that those who participate will become a cohesive group, ready to mobilize. Bolenbaugh, a Buddhist, is preparing educational lectures on Islam, government, immigration and LGBT issues as a way to bring people together.

“I am wanting people to get together face to face,” she says. “It’s about getting information out.” 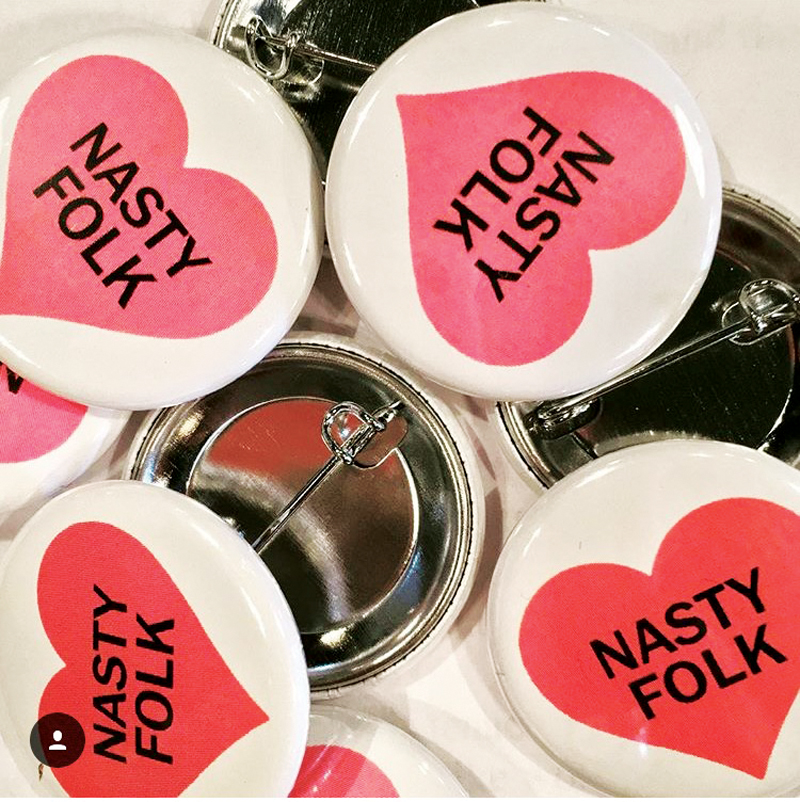 Sign-making and other preparation for Saturday’s metro events

Nasty Folk benefit for the ACLU

Artists Rain Harris and Peregrine Honig, with sponsorship by Palomino Woodworks, have organized this one-day, “inauguration avoidance”–themed pop-up shop and party at the former Baptist church at this address. Artworks, gift certificates, food and services have been donated for sale, with proceeds going to the ACLU. See nastyfolk.com for details.

Hosted by Planned Parenthood, this panel discussion brings together activists from different groups to work for common goals. Expected: Stand Up for Racial Justice (SURJ), One Struggle, Uzazi Village and representatives from labor groups and LGBT communities.