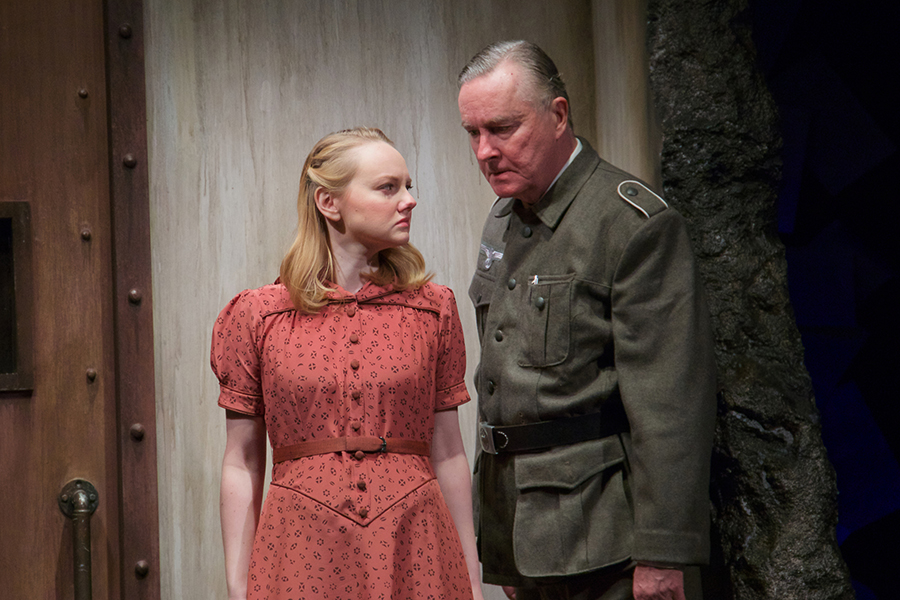 Speaking out against the government was an act of treason during Adolf Hitler’s Nazi regime. This set a rather high bar for acts of civil disobedience, which may be one reason the Führer and his minions could so ably crush dissent.

Threats of imprisonment or death, though, didn’t diminish all willful acts of protest. (Also crimes: reading banned books or partaking of forbidden styles of music and art.) The Coterie Theatre’s The White Rose: We Defied Hitler, a coproduction with UMKC Theatre, homes in on a group of university students so courageously committed to the ideals of democratic freedoms that they find a way to voice opposition to the Nazi state—until they are caught.

In the Coterie’s three-actor The White Rose (not to be confused with a similarly themed 1991 play of the same name), co-directors Jeff Church and Markus Potter have trimmed David Meyers’ original full-length, adult-oriented We Will Not Be Silent to about 65 minutes, tailoring it to a younger audience (12 years of age and older).

It’s a serious work—talk-intensive, intelligent, absorbing, and ultimately moving. Meyers’ recent play is based on the historical White Rose, a group of young activists who urged resistance and distributed leaflets critical of the Nazi government. Two of its organizers, siblings Hans and Sophie Scholl, themselves former members of the Hitler Youth, are depicted here in a bleak turn of events, in a Munich prison in 1943. 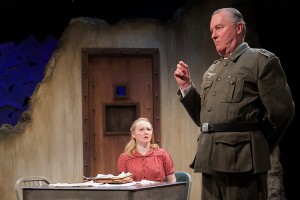 This play may better suit a high school crowd or the more mature (or better prepared) middle-schooler. Some younger boys, the day I attended, grew increasingly restless, and some audible audience reactions clearly indicated a failure, by some, to connect to the story.

It’s a skillfully written psychological dance between Grunwald and Sophie (which becomes more complicated than it initially seems) as he manipulates her responses and tries to trip her up. Gibby Brand’s is a masterful and fluid performance, layering subtle feelings of ambiguity within an ostensible party man. A patriot and a democrat can’t coexist, he says. Sterrett is a deft dance partner to his maneuvers. Just because you repeat a lie, she says, doesn’t make it true. Her resolute yet disquieted Sophie, seeking an exit strategy, fields his verbal bombardments—and emotionally confronts her confinement’s dead end.

In an arresting portrayal as Sophie’s imprisoned brother, Luty exudes idealism and energy, and a touch of wistfulness. When his Hans laments that he won’t finish the book he’s been reading or know how it ends, we ache a bit along with him. 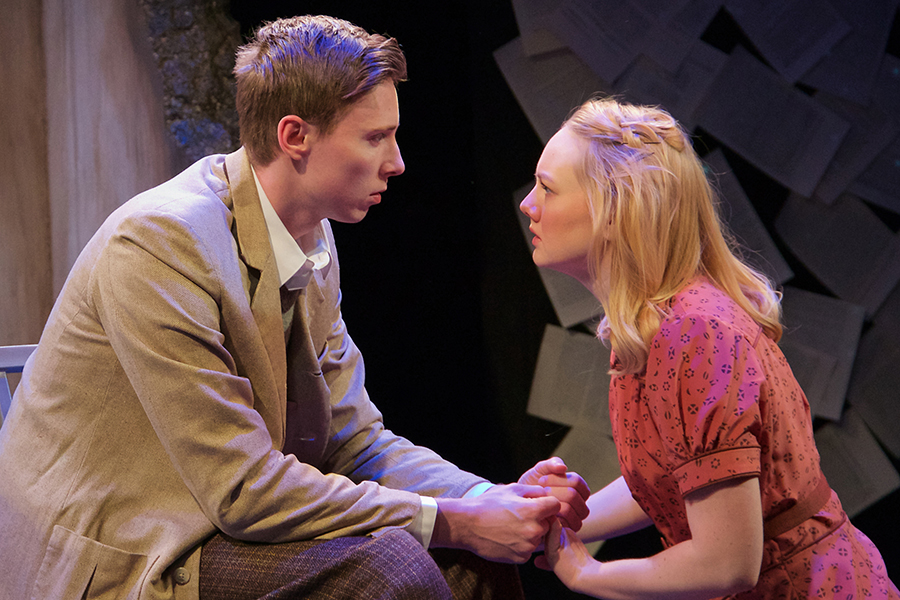 The Coterie’s promontory stage is stark yet striking, emphasizing the coldness of the prison (including clanks of metal—sound design by Tom Mardikes and Mary Robinson), its lack of amenities, and the restricted space of Sophie’s cell. Sheets of paper plaster a back wall the length of the stage, an ode of sorts to the brave mission of the White Rose. And a different theater entrance takes audience members through hallways of Nazi propaganda (set design by Lee O. Barker, properties by Samuel Klass).

Period dress and military uniforms place us in that scary time (costume design by Lauren Long), as do large-scale projections (by Selena Gonzalez-Lopez).

It’s easier, and it’s safer, to go along with how things are, as most Germans at that time opted to do. It’s another choice entirely to put your neck, quite literally, on the line. We watch that fraught process, of choosing to cave or to resist, in this imaginative and affecting show.

The White Rose: We Defied Hitler