The Whiffs return with a fresh bouquet of basement power-pop 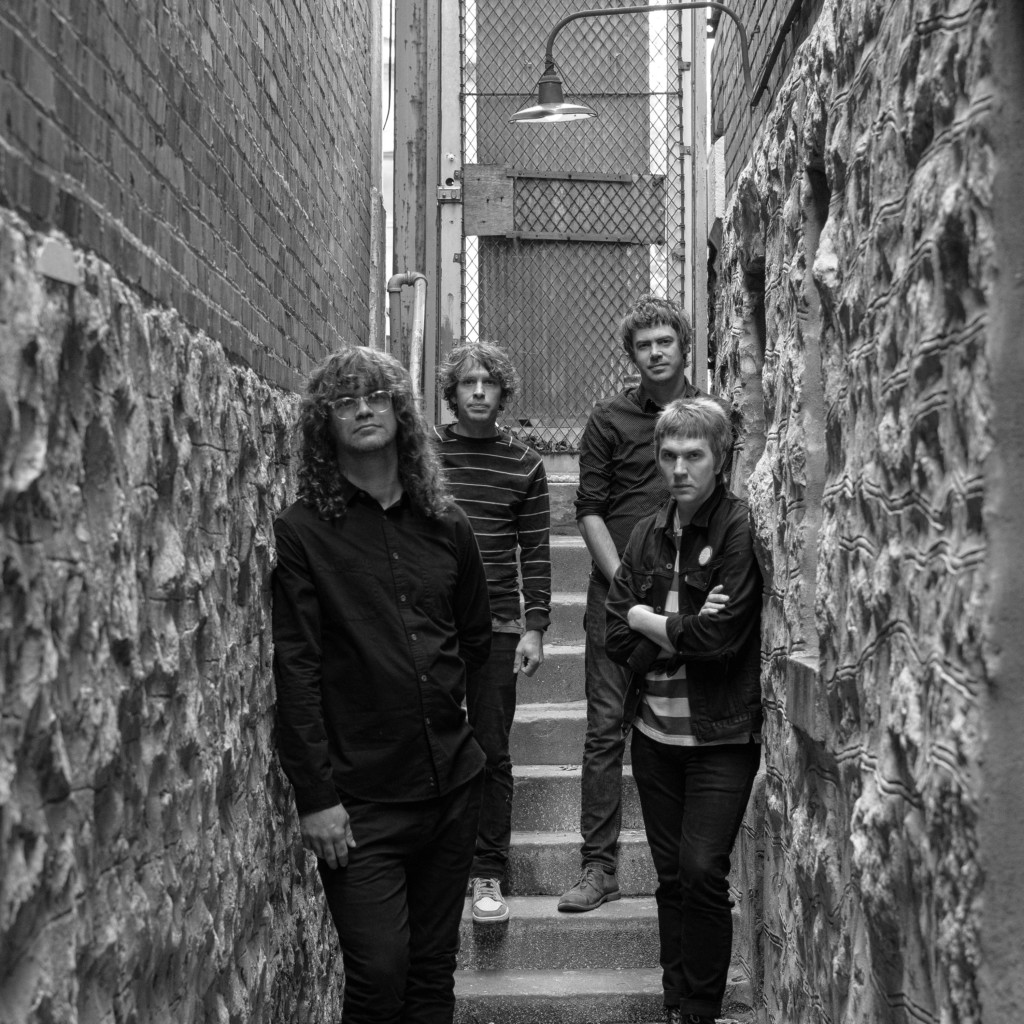 A passing glance at the members of the Whiffs gives little in the way of context clues about what style of music they might play. Oi!? Slade covers? Ramones-core?

In fact, the Whiffs are a power-pop quartet, though its members are known for other sounds in the KC and Lawrence scenes. Campbell (presumably the punk) has anchored the garage-pop Rooftop Vigilantes and the more hardcore-infused Mouthbreathers. Guitarist Rory Cameron (the Beatle) fronted the Conquerors, which trafficked in hazy psych-rock and Sixties janglers. Jake Cardwell (the supposedly normal guy) builds nationally renowned kits at C&C Drum Co. and has handled percussion in all kinds of groups over the years, from the Caves to the Belles to the Conquerors. The “big, crazy monster”—guitarist and vocalist Joey Montanaro, who’s actually just a very tall guy—is a newcomer to the band; he arrived in KC from Chicago about a year ago and replaced the Whiffs’ original second guitarist, Nic Allred (who moved to upstate New York).

“Me and Rory started hanging out and talking about music,” Campbell says of the band’s origins. “We realized that our favorite music is all essentially the same bands. I think I get a little deeper into the heavier side of punk, but for the most part, it’s like: the Beatles, the Kinks, the Stones, the Exploding Hearts, Badfinger, Big Star, the Nerves. And that was kind of, like, the catalyst for us starting this whole thing.”

The Whiffs released their first LP, Take a Whiff!, in 2017. It’s a bouncy, fast-paced affair, stacked with two- and three-part harmonies. The follow-up, Another Whiff, is out December 6. Campbell describes it as “less Ramones worship, and more playing on the Big Star-Badfinger-Byrds kind of influences.”

Montanaro—who has a solo recording project called the Rubs (the Whiffs have previously served as his backing band)—might also be considered an influence on the new record. Campbell describes the guitarist as someone who “writes constantly, constantly, constantly,” and regularly shows up armed with songs “better than the song I was really pumped on bringing to practice.”

“We now have three songwriters, and even though we’re all coming from the same [power-pop] place, we have a different take on it,” Campbell says. “It’s like a good mixtape.”

The new album was recorded in Cameron’s basement, which is also where the band practices. (They call it Electric Babyland.) They Frankensteined a recording rig with mostly secondhand gear and ended up with something more immediate and raw than the Whiffs’ more polished debut. Some tracks, like “On the Boulevard,” call to mind ‘80s obscurities like 4 Out of 5 Doctors and The Know.

“For rock ‘n’ roll, I do prefer it erring on the side of the lo-fi sound, rather than the hi-fi side,” Montanaro says. “My process with recording is, like, ‘Just do it.’ I don’t futz around or fret about the details. If it sounds good, let’s do it. I don’t like to make the same painting over and over again.”

Right now, the Whiffs have taken their new show on the road, opening up for the Get Up Kids on a 10-date West Coast jaunt.

“They’ve still got it, and they are some of the most humble people that I’ve met,” Campbell says of the emo legends. “The 16-year-old is me pumped. But the 36-year-old in me is also super pumped.”