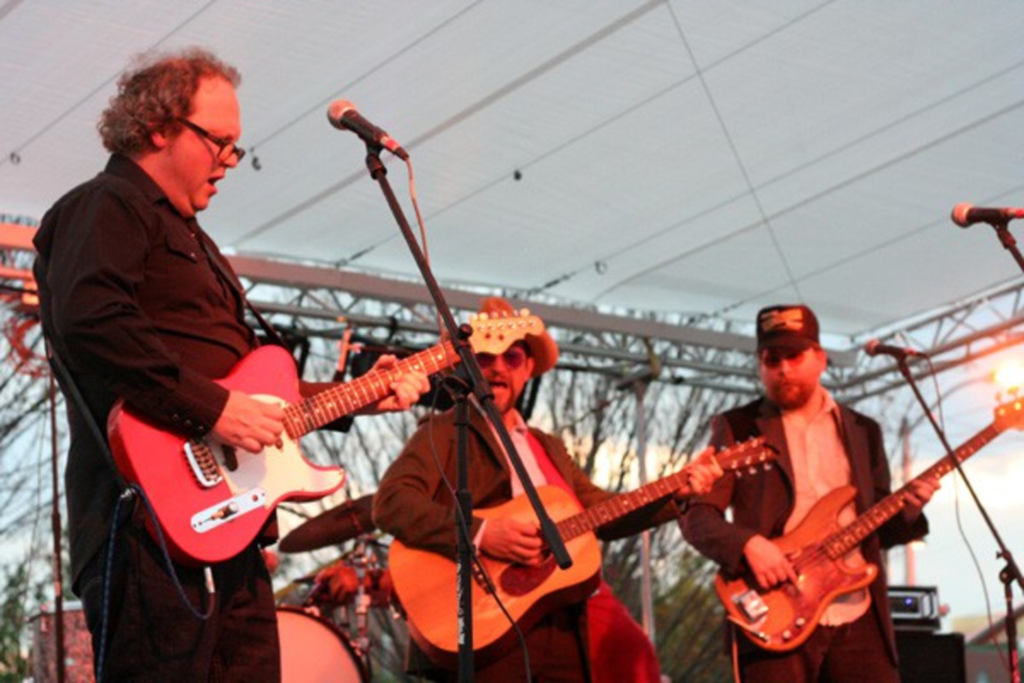 Damp. Not wet, but damp. That was how I felt all Saturday. The weather managed to avoid going completely to shit, but the humidity and sporadic drizzle and mist gave no chance to ever get completely dry until the sun went down and the rain finally gave up trying. The only logical choice was to distract one’s self with whiskey and beer and hope you didn’t notice.

Of course, the bands also went a long way to keeping your mind off the weather, because holy shit: literally every band that played was tight, exciting, and worth seeing on their own. This was the best curated festival I’ve seen in ages, and that’s not an opinion held solely by me. Over and over again, I’d chat with showgoers and every single person remarked on the fact that they’d not seen a weak act all day, marveling at the lineup. 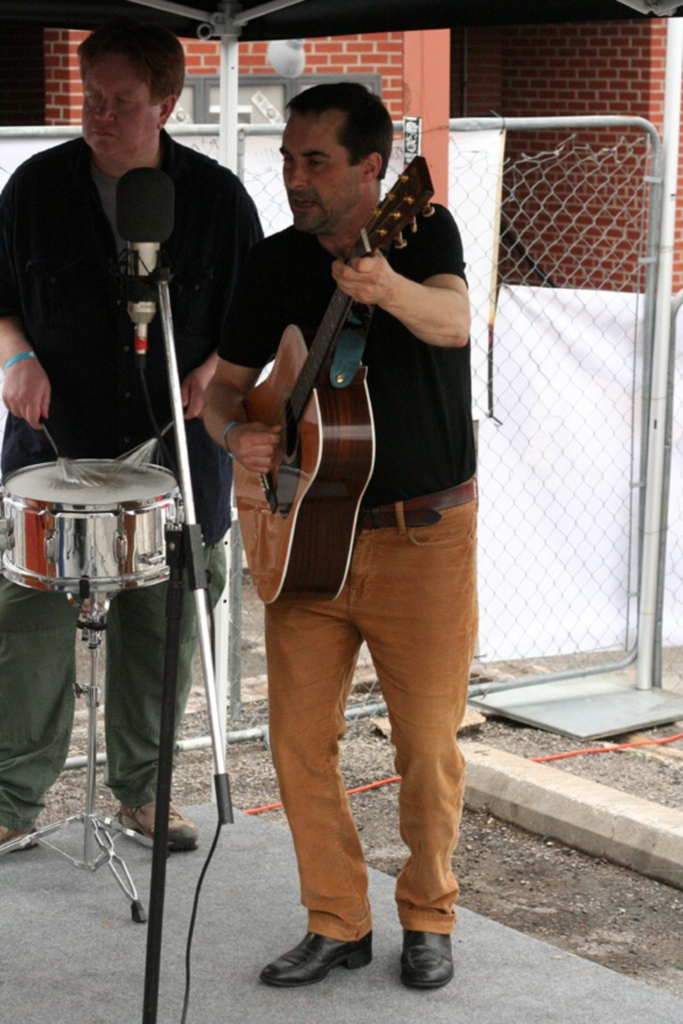 I’d walked in right at 2:00 p.m., catching the Rural Grit All-Stars playing four-piece honky-tonk folk blues, as they do. It’s toe-tapping, yelping country music. that eventually drew a group into their little tent that spilled out the sides and back for a rousing finale to their set. Big props to the sound guys for running all the acts on the outdoor side stage through the main stage PA. It let you hear the music no matter where you were, and made even acoustic quartets like Rural Grit sound huge. 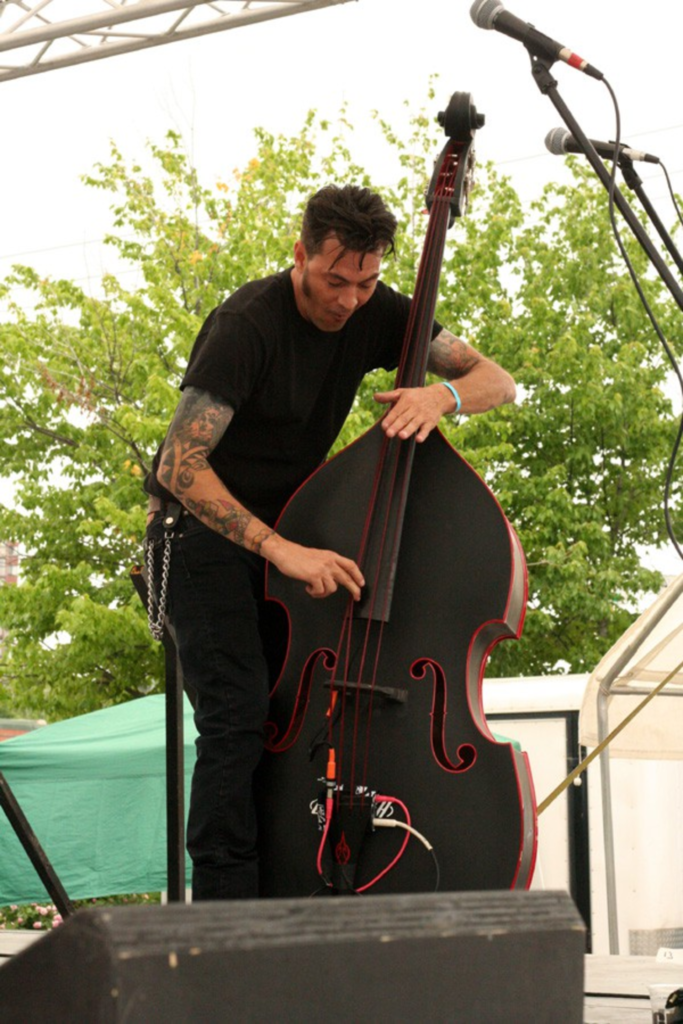 The crowd for the Culprits was way, way back in the beer tent, thanks to the rain kicking back up in big drops. You’d otherwise expect a crowd of people kicking up down front. Their electric rockabilly draws a lot from the roots of the genre – Billy Lee Riley and the like – and they rock a Buck Owens cover like nobody’s business, alongside such barn burning originals like the bootlegger’s anthem “100 Proof.” Definitely a band to catch again, albeit in circumstances more conducive to close quarters. 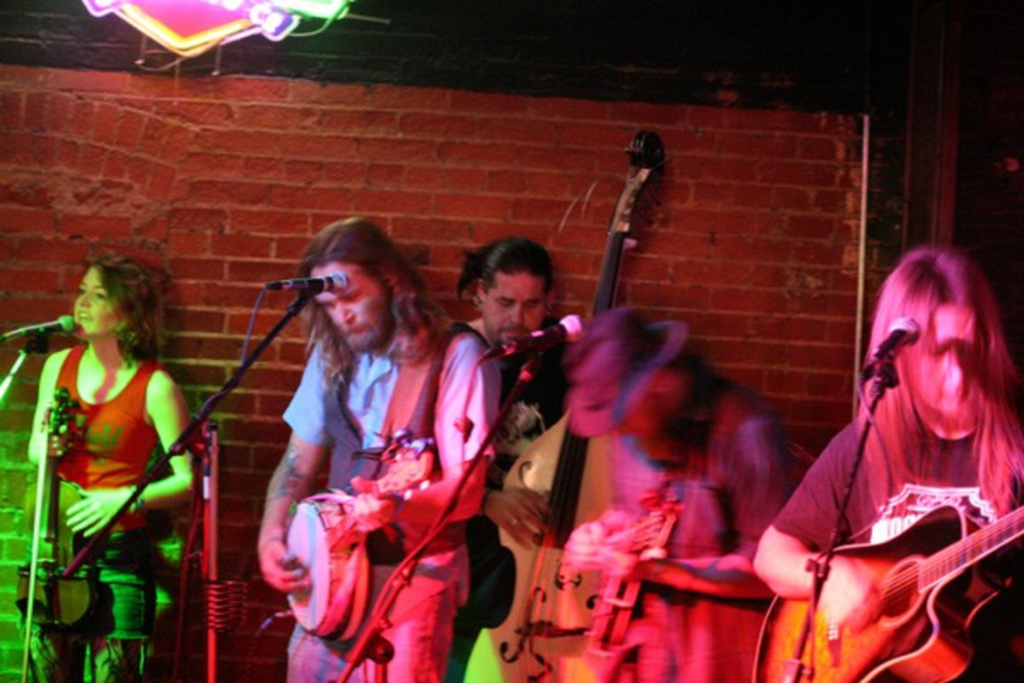 Speaking of close quarters, the weather meant that the Westport Saloon was jam-packed in the middle of the afternoon. I popped in to catch Whiskey for the Lady, and caught them doing a ramshackle cover of Nancy Sinatra’s “These Boots Were Made for Walkin’.” Their bluegrass was refreshingly free of affectation, and the shouted backup vocals lent them further charm. Additionally, sitting in the back of the bar, flipping through photos on my camera, I was approached by a shot girl – at 3:00 p.m. Yes, it was that kind of festival, and any festival that has someone suggesting apple pie whiskey in the middle of the afternoon is my kind of festival. 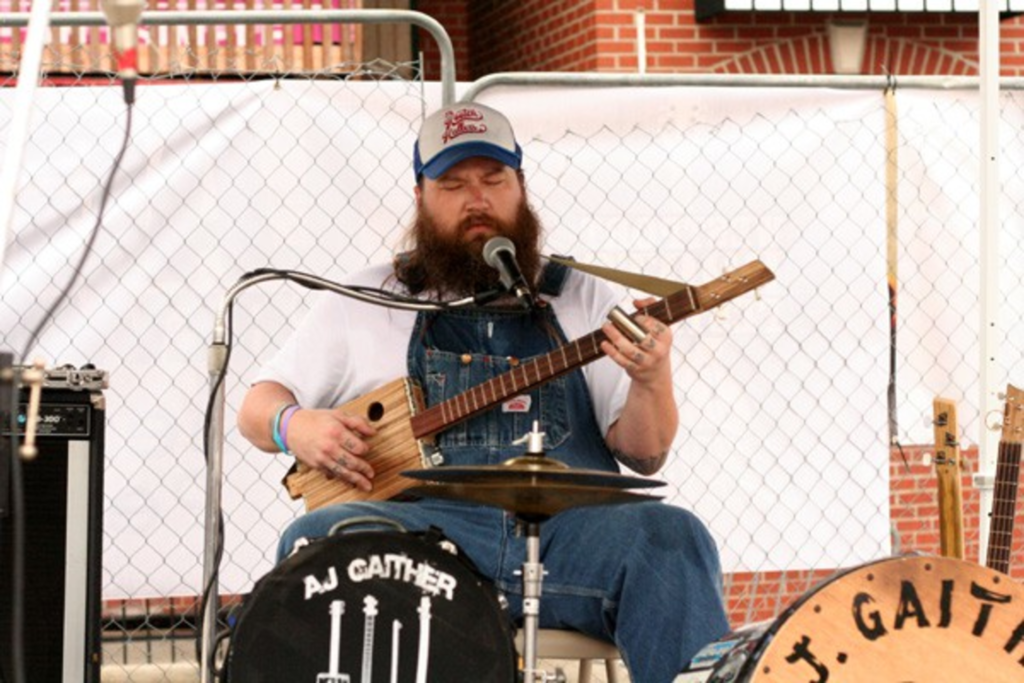 AJ Gaither played a series of short sets between bands on the main stage. His first few songs were mellow, one-man-band blues that drew in a small crowd of listeners, all of whom were grooving appreciatively. Of course, then he got intensely passionate – which is the reason he could only play 15-minute sets, it being all that people could handle, or so he said. 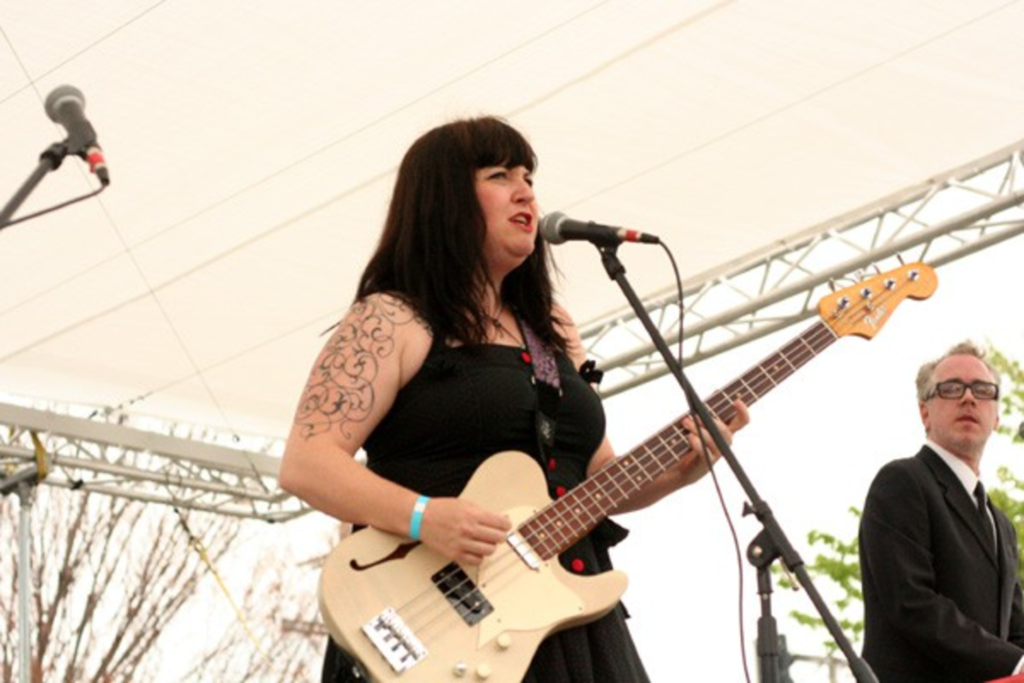 The Quivers, though – soul-infused rock ‘n’ roll that soothed the soul. Just clear, high vocals backed with organ and a band that knew how to lock in and funk it up a bit. They’re exactly the band to get you moving on a Saturday afternoon. They acted like the weather was bright, sunny, and warm, blasting out rock ‘n’ roll as if they didn’t give a care in the world for overcast skies and windy gusts.
[page] 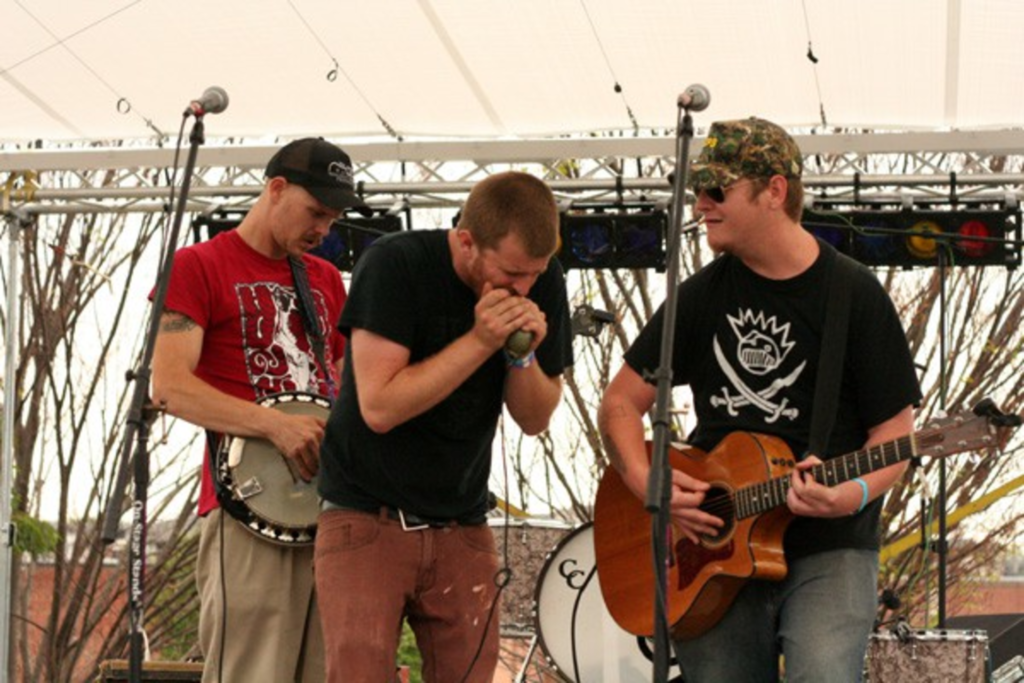 Deadman Flats have been playing festivals and shows all over Kansas for years now, so it only made sense for their jangly country bluegrass to attract an enthusiastic bunch of dancers down front. A track about Winfield, “Picker’s Paradise,” epitomized their sound: a lot of loping rhythm, harmonies, and a total Dave and Dawg vibe. Beers and whiskey were starting to kick in, meaning their sounds were met with a cavalcade of nodding heads and appreciative “woo!”s. 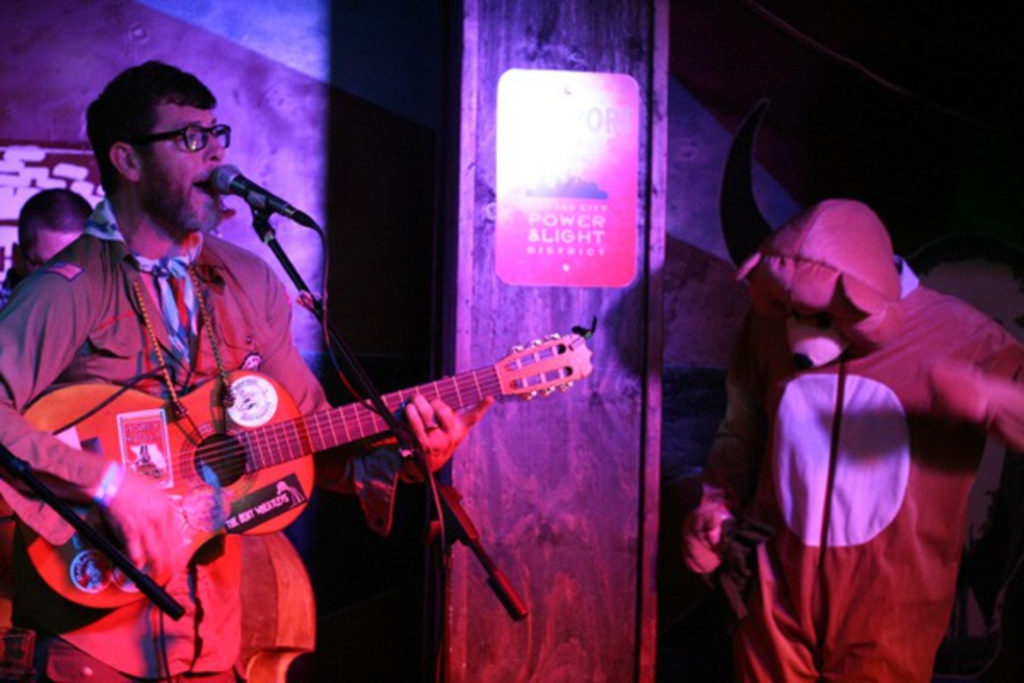 It seems as if my overarching experience at the festival was seeing for the first time tons of bands who frequently play out, and who’ve been recommended to me repeatedly. Case in point: the Kansas City Bear Fighters. They’ve plied their hokum strut for years now, and it’s only due to needing a place to sit that I finally caught them. It’s a damned shame it’s taken that long, too: they’re catchy and fun, and their ragtime’s made even more enjoyable by a a drinking, dancing bear.

Once the weather stabilized, the crowd swelled. It seems that folks were wanting to guarantee a lack of soaking, or perhaps just spending their Saturday afternoon otherwise, but Cadillac Flambe was the first main stage act to accrue a larger crowd than that crammed into the Westport Saloon. Their blues rock didn’t really grab me all that much. It was well-executed, but modern electric blues just isn’t my thing. 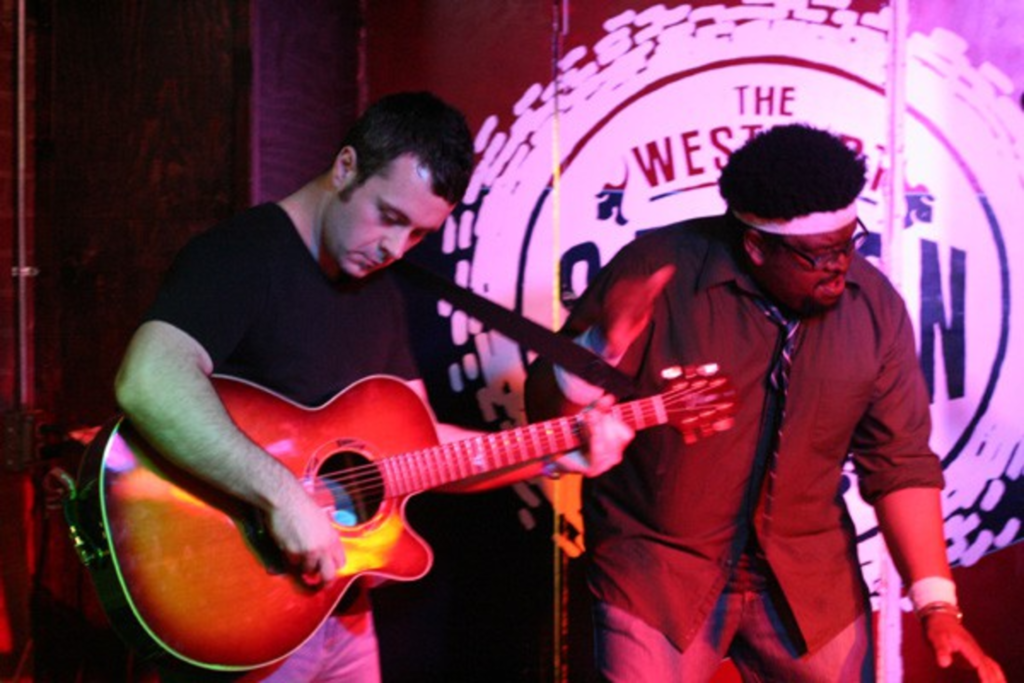 Back inside said bar was ScratchTrack, a two-man blues-meets-hip-hop pairing that brings roots music into the 21st century. Their updated take on the music being presented was refreshing, although the songs that leaned more towards blues and soul worked better than those rocking a pure hip-hop vibe. The loops and everything rocked it Reggie Watts style, but their vocalist’s singing was better than his flow. 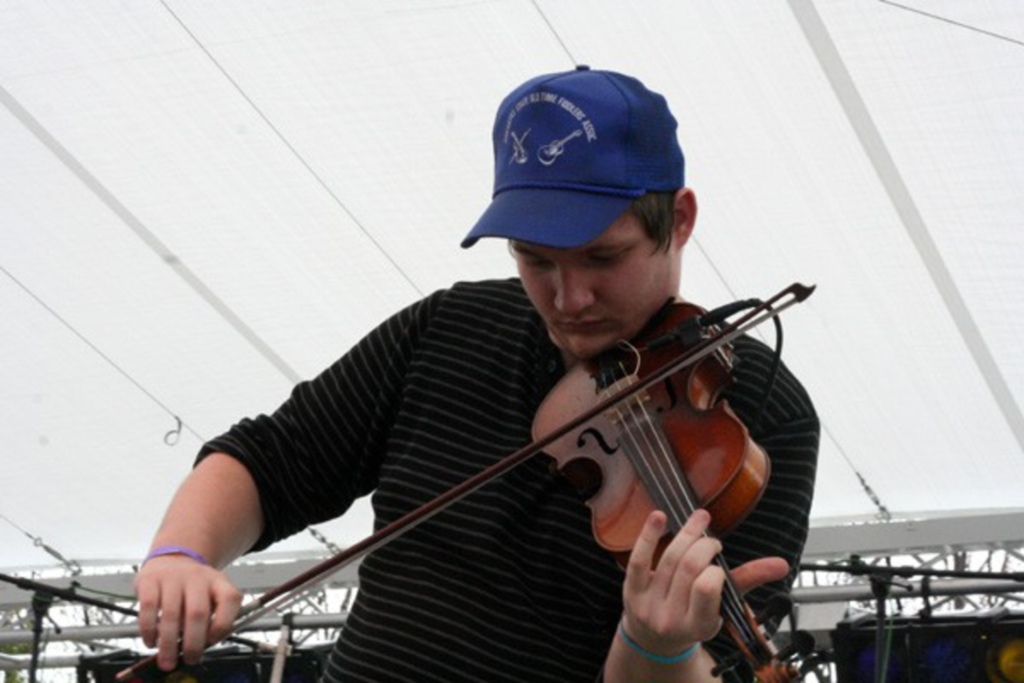 Shawn James and the Shapeshifters were dirty blues rock, played by a bunch of punk rockers. These folks knew their history, though, introducing one song as having been recorded by Alan Lomax in a Tennessee prison. They were a late addition to the festival, as a replacement for Billy Joe Shaver, but their gutbucket musicality fit right right in. They had a good bunch of tattooed kids down front with beers cheering them on the whole time, which made their set nice and rowdy. 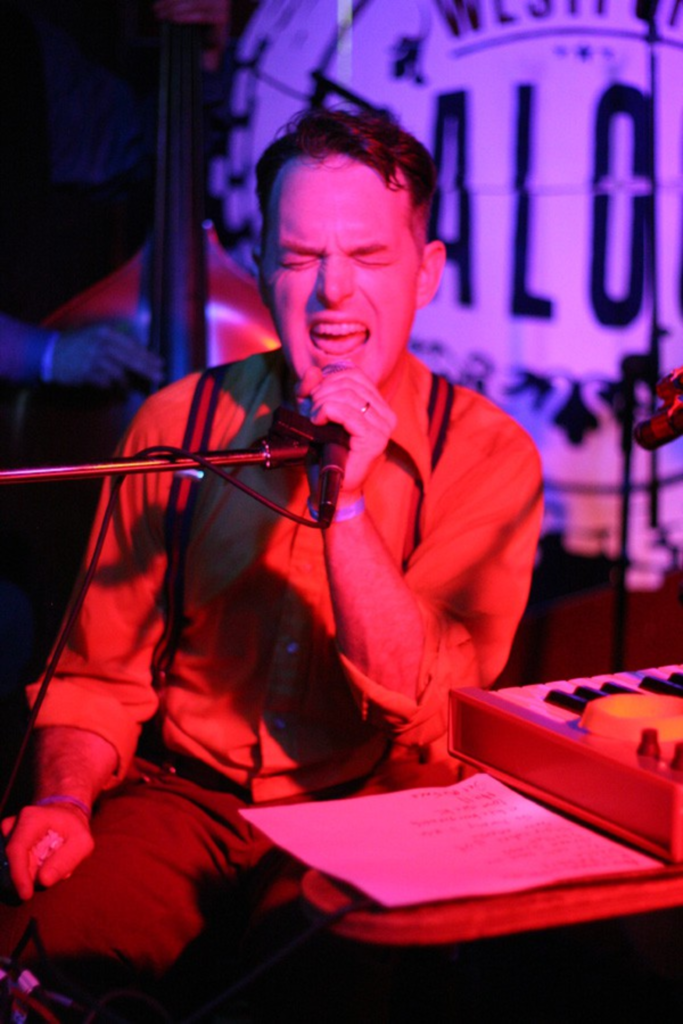 I realized as they were setting up their merch that I had Clawhammer’s 7-inch, and had played their song, “Hell,” on my podcast several weeks back. I’d wondered then how their strange, almost-mystical blues could reproduced live. The answer to that question involved a lot of pedals, reverb, and a keyboard situated on an ironing board. They’re not the tightest of bands – in between each song, there was a lot of discussion – but every song was dark, weird, and fascinating. It’s as if dub reggae’s live mixing and reverb were applied to bluegrass. 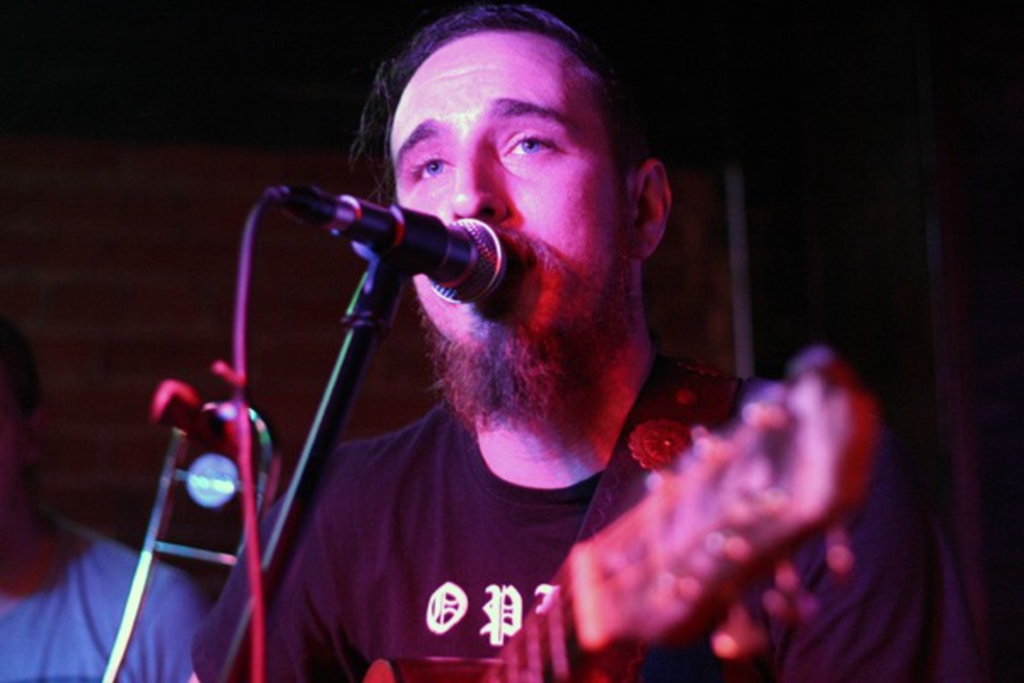 Wichita’s Carrie Nation and the Speakeasy were pure Gypsy folk: all Django Reinhardt guitar and brass, just enthusiastic and insistent. There was a hint of ska to their set – maybe because their frontman and guitarist was wearing an Ophil t-shirt – but it meant that the crowd was dancing from note one. The whole set was a series of bouncing, fun songs, and the packed Saloon was starting to get warm and sweaty. 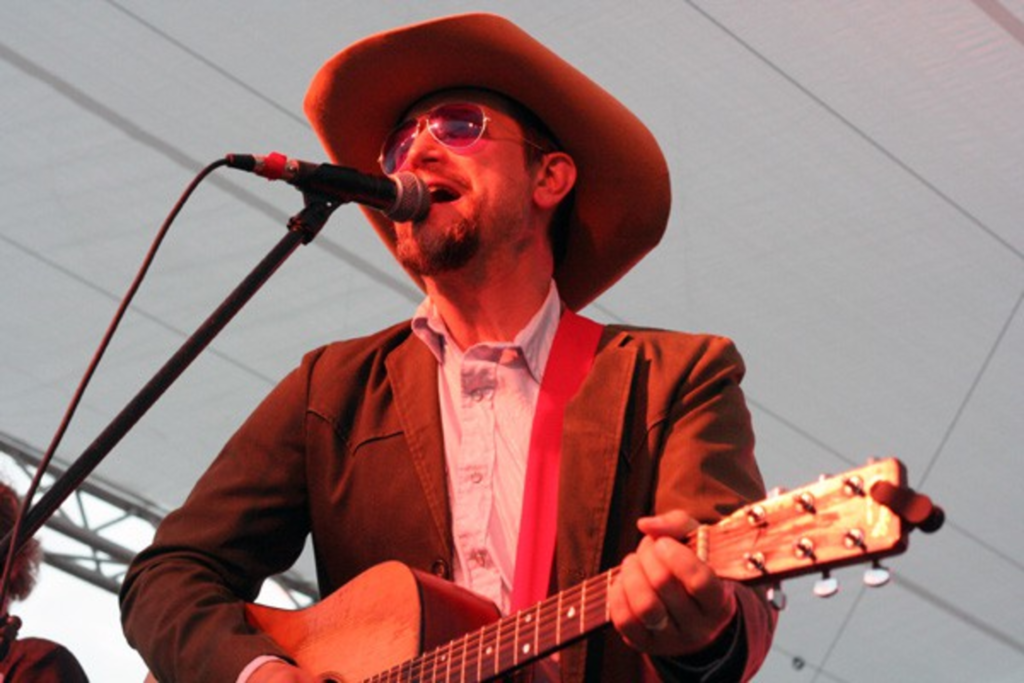 It was a solid 180-degree turn from Carrie Nation’s bouncy tunes to Rex Hobart and Misery Boys’ lamentation-strewn country. Songs like “Every Night I Leave You In My Mind” and “Forever Always Ends” are dance floor ready two-steppers, but oh-so-very morose. If beer drinking had a genre, it’d be the Misery Boys’ brand of country. They’re so solid, you can’t help but boogie a bit as you shed a tear in your beer, though.

It was a fantastic festival. Jody Hendrix of Little Class Records and Travis Fields of the Westport Saloon  – along with their cadre of workers – curated a great selection of bands that represented a diverse array of music that all fell comfortably under the banner of “roots music.” Nothing felt shoehorned in or out of place, and it’s a shame that, even though I was there for a full seven hours, I only managed to see half of the acts which performed. For next year, I advise everyone go to bed early the night before and maybe train for a couple of weeks beforehand for a cavalcade of music of which you don’t want to miss a single note.