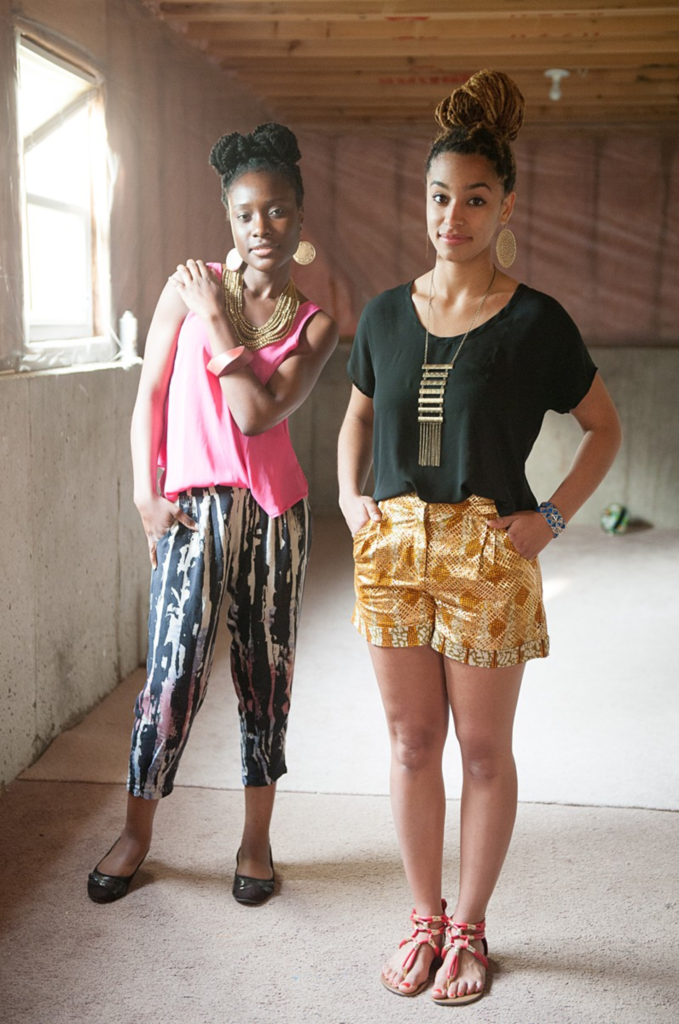 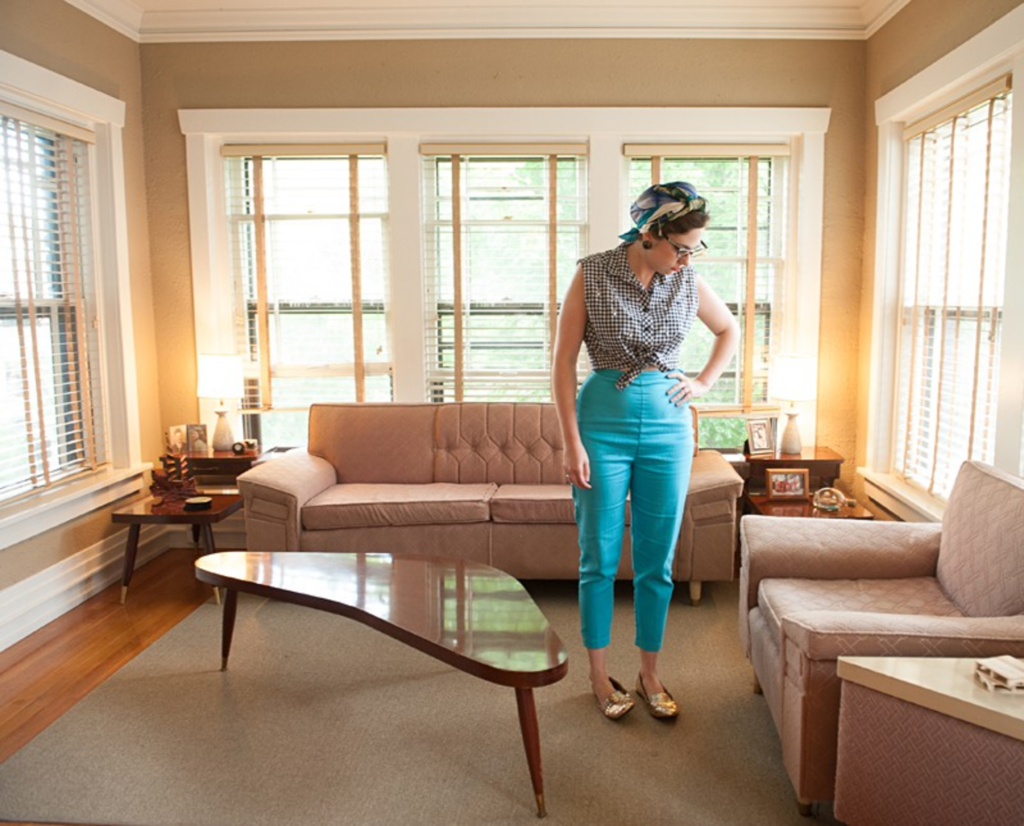 West 18th Street Fashion Show organizers were a few hours and drinks deep into a conversation when their focus turned to wealth distribution. “We began speaking about how most of the money in America is in the hands of just a few families,” says Peregrine Honig, the event’s artistic director.

That night last fall, the team landed on 2013’s show theme: Gilded Summer. It’s a play on the Gilded Age — the label that writers Mark Twain and Charles Dudley Warner gave to the late 1800s and early 1900s in their The Gilded Age: A Tale of Today. The authors’ satire paints the post–Civil War era — a time marked by booming wealth and the subsequent growing disparity between rich and poor — as a time of grave social problems veiled in gold.

Beyond economic issues, though, Honig points out that it was an era when World’s Fairs captivated the nation, seeing a movie at a nickelodeon was novel, and artisanal industry thrived.

And whereas last year’s Triple Crown Summer theme resulted in a show that was largely feminine, Honig says, the upcoming show lends itself to masculinity. And the timing is good, with buzz still surrounding Baz Luhrmann’s movie adaptation of The Great Gatsby, which is a Gilded Age unto itself. “We had no idea this movie was coming out when we came up with the theme,” Honig says. “It’s nice when something comes out in pop culture that makes our idea relevant.”

The annual show, set for Saturday, June 8, once again transforms 18th Street in Kansas City’s Crossroads into an outdoor couture showcase at dusk. Organizers have narrowed down dozens of designer applicants to 18 collection designers and eight accessories designers, with the goal of showcasing emerging talent. Here’s a preview of five designers new to the show who help make the lineup, as Honig says, one of the most sophisticated yet.

The Johnson County Community College fashion-design student brings what she calls “the raw, the ugly, and the brutal truth of severe workmanship.” This means she’ll use upholstery fabric, restricted and crisp looks, and raw metal (she’s working closely with a welder) to tell a story she views as a harsh reality.

Her collection seeks to link today’s social issues with those from the turn of the 19th century. You’ll see: an elegantly dressed woman with a cage piece around her neck, an expression of upper-class decadence; a middle-class woman donning a well-tailored look; and a haggard man who represents what Patricia calls “the new American slave.” You’ll also see a woman with a wired-shut mouth, a reflection of how Patricia sees the typical American. “We like to think that with each generation, the world is a better place,” she says. “But we’re still not free to speak our minds. If you say the wrong thing in the workplace, you’ll be terminated.”

Patricia, who moved here from Chihuahua, Mexico, when she was 5 years old, has always had a flair for the avant-garde. After JCCC, she hopes to attend fashion school out of state. She has her eye on Cornish College of the Arts in Seattle.

She aspires to dress movie casts. Working with Tim Burton, especially if it meant Johnny Depp and outlandish characters like Edward Scissorhands and the Mad Hatter, would be a dream come true. “I’m all about taking a character and going to great lengths to express that individual,” she says.

When Lyndsey Helling made the designer cut, she headed to TCBY and asked for the trash. She prefers recycled materials and was craving the ice cream cups’ cheerful colors and shapes.

The store handed over two heaping bags, and Helling began researching the late 1800s. “It was this period of reinvention, so I’m taking fashion elements from that time, combining them with these used items and am inventing something new,” she says.

Pairing used materials with new concepts, she’s seeking to play on the show’s theme by linking rich and poor. Her designs incorporate recycled materials (aside from the ice cream cups), including a bustle made of a burlap coffee sack. (Each piece in her collection has a lightweight, muslin underlay.)

She moved from Bloomington, Indiana, to the Kansas City area in spring 2012 and attended the West 18th Street show soon after. “I want to be a part of this,” she told her husband during the show.

Her fashion-design path hasn’t been traditional. She graduated from Indiana University Bloomington with a degree in studio art but didn’t consider entering fashion shows until one that encouraged the use of recycled materials happened to catch her eye. That was the Indianapolis Museum of Art’s 2010 Project IMA: Fashion Unbound, where she presented a party dress made from grocery-store ads and other mailers. The next year, her work was featured in Bloomington’s Trashion Refashion Show.

“In high school, I would make these tube tops out of pillow cases and run shoelaces up the backs,” she says. Her interest in finding a second life for materials hasn’t waned since then. “I take these materials I love and make the finished product up as I go. It’s so surprising and exciting.”

K. Clemence Lawson pictures the colorful drapes in her West African childhood home, the fabric dancing in the breeze. Elodie Auvray longs to see an electric-blue front door on a house with red windows — a common sight in her homeland of French Caribbean, Guadeloupe.

The two JCCC fashion-design students have teamed up to present a collection inspired by their roots. “We want to make this feel like home,” Lawson says.

Expect bold primary colors, cotton with sheer layering, and plenty of movement in their pieces. Gold — a nod to their heritage as well as to the show’s theme — accents their work.

“Our cultures are pretty loud, so our presentation will be really energetic,” Lawson says.

The women have bonded through their similarities: Both speak French and love spicy dishes. And their style differences — Lawson steers classic; Auvray leans playful — strengthen their joint work.

Lawson moved overseas to the Kansas City area with her family when she was 12 and has been drawn to fashion design as long as she can remember. Her grandmother, a talented seamstress, helped pique her interest, as have many classic designers.

“I’m drawn to designs that stay the same through time,” she says. “I fell in love with ethnic designers that incorporate timeless prints.”

Moods and weather heavily influence her work. She fights the gloom of winter with lace and pastels, and embraces summer with vibrant prints. Through the various looks, she stays focused on motion.

She dreams of opening a boutique in New York City. “My biggest goal is that I would want people to walk in and say, ‘Wow, this is one of a kind,’ ” she says.

A year and a half ago, Auvray had booked a flight to France. All her friends were going, and she planned to study interior design there. At the last minute, though, she decided she didn’t want to follow the crowd and canceled her trip. Instead, she headed to Kansas City, where her brother lived. “I love discovering new things,” she says.

In work that finds its inspiration in culture, Auvray has in the past created constricted, European styles made with African fabric and flirty, Asia-inspired looks.

After graduation, she hopes to travel, and attending a design school in Europe is back on the list of possibilities. Her work locally has already led her closer to one goal, though. “I want to represent my culture by being a Caribbean designer,” she says. “I’ve realized that there isn’t a designer in the Caribbean that represents other Caribbeans, and I want to fill that need.”

Boxers were Gilded Age celebrities, evoking inspiration in hard times. Accessories designer Sarah Xeno channels this spirit with a collection she says defies gender stereotypes. “This is about guys beating the crap out of each other, and at the same time, I’m presenting metal that looks like lace,” Xeno explains. “It’s a feminine take on a masculine arena.”

Her jewelry accentuates a collection from Honig and Danielle Meister, of Birdies Panties and Swim Boutique, that promotes a fresh perspective on boxing history. Xeno’s pieces include a championship belt, boxing gloves and headgear. Expect metallic items with intricate craftsmanship.

The accessories collection represents a side of Xeno that gravitates toward lavish designs, created with organic, meditative pattern making. On the flip side, she digs geometric, structured looks. Ultimately, her influences — including art nouveau architecture, anatomy, zoology and florals — determine the style.

Xeno has spent six years designing and fabricating custom jewelry, and she began metalsmithing 10 years back with the assistance of courses through JCCC. She dabbles in other art forms and has taken painting and drawing classes at the Kansas City Art Institute, though designing accessories brings the greatest intrinsic rewards. “I think of it as wearable, sculptural art — on display for all to see,” she says.