The Weeknd showed why he’s a star last night 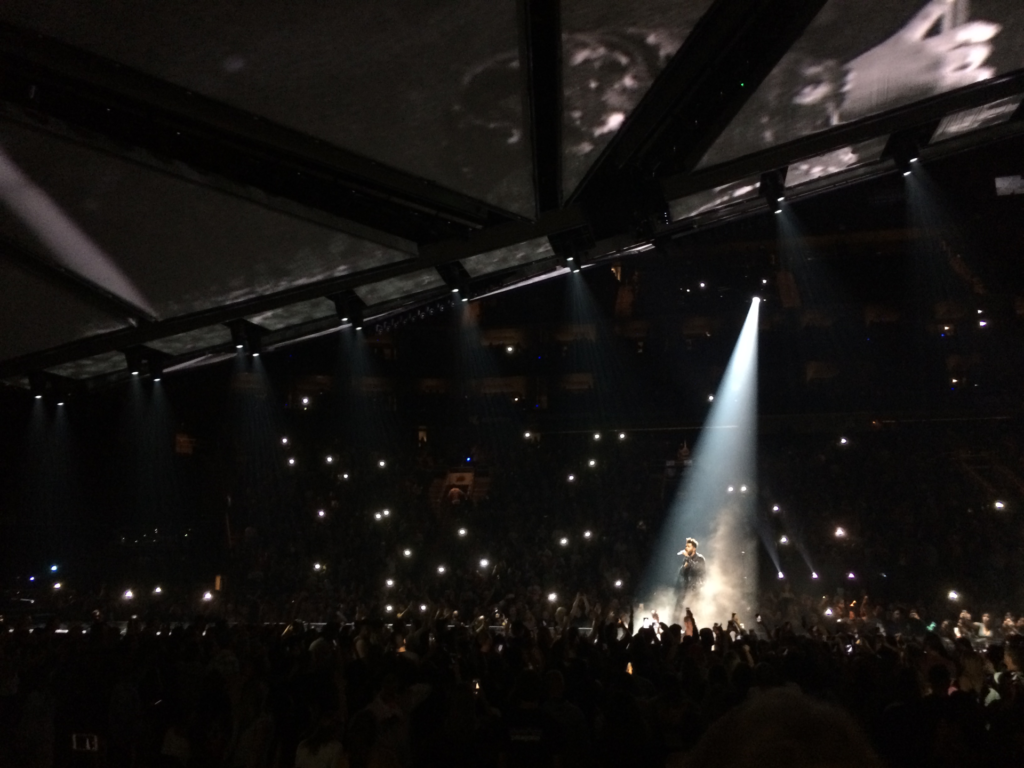 Loyal fans may argue over which Weeknd album so far is the best, but last year’s Starboy is astronomically more ambitious than what Canadian pop-R&B star Abel Tesfaye had issued to that point. Having made his commercial breakthrough in 2015, with singles from Beauty Behind the Madness, Tesfaye (who records as the Weeknd) has further honed his sound. The new album is his sleekest yet, propelled with the same sort of bold energy first harnessed by Michael Jackson at the dawn of the ‘80s (and helped more than a little by collaborator Daft Punk). And last night at the Sprint Center, he also showed just how far his live game has advanced.

The production was beyond dazzling — and it fit the Starboy aesthetic perfectly. A spaceship-like assemblage of lasers, lights and puzzle-piece projection screens hung above a jagged and extensive catwalk stretching across the arena’s floor. Tesfaye spent a large portion of the show strutting back and forth across it as the panels changed along with the music. His voice sounded impressively true to record as the set began with a handful of tracks from Starboy. The show eventually moved from edgy, modernized pop to the more traditional material from the last two albums. 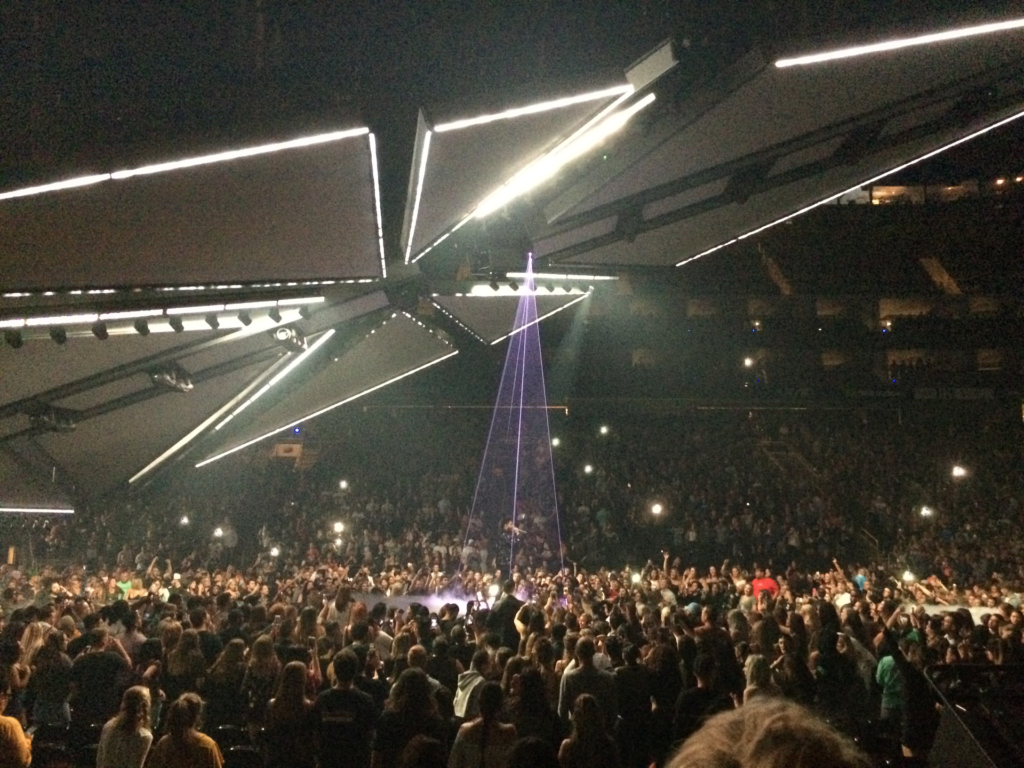 A performance of the Beauty track “Tell Your Friends” was a turning point. A portion of Tesfaye’s intense focus melted away, allowing fans to view a more loosened-up, candid version of the singer. The genuinely warm melodies performed by his backing band were mirrored by shades of red, yellow and orange that highlighted their silhouettes on stage.

Tesfaye was consistent in nearly every aspect of his performance. He utilized his sprawling stage, played up his heartthrob factor during ballads, and hopped and high-stepped during the more energetic cuts. The night’s biggest songs, “Can’t Feel My Face” and an encore of “The Hills,” were victory laps. 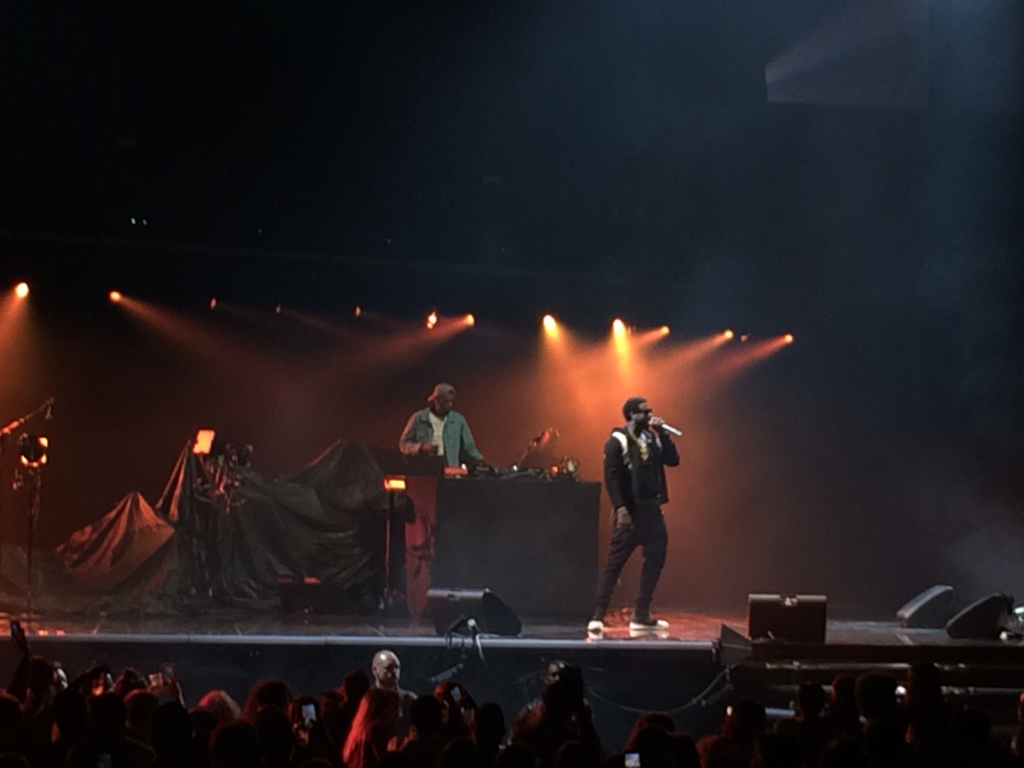 Mythical Atlanta trap star Gucci Mane was just here, playing Providence Medical Center Amphitheater in July — only to have his show set upon by a thunderstorm that sent people scattering. His half-hour set last night was nearly identical to July’s, but there likely wasn’t much crossover in attendance. Solid performances of throwback favorites such as “Lemonade” and recent hits, including “Black Beatles,” were well received by arena-opener standards, and would probably have incited mania in a club setting. 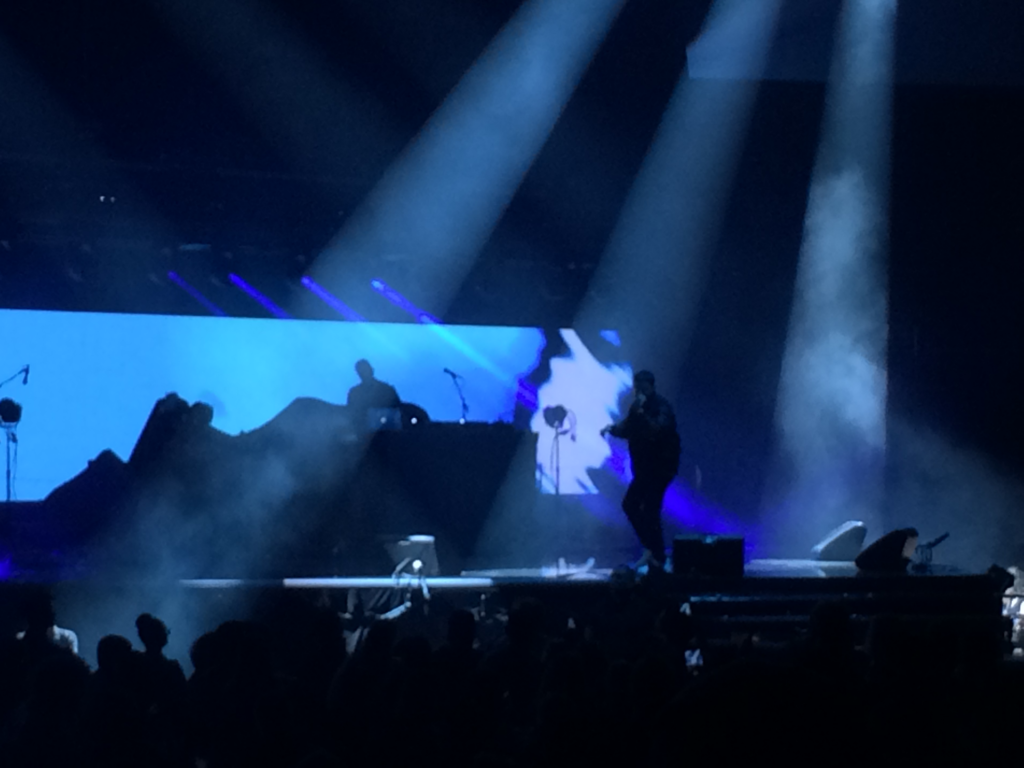 Preceding Gucci Mane was Nav. The Canadian rapper-producer boasts an impressive résumé for a relative newcomer, having collaborated with Drake and Travis Scott. But alone on the stage, Nav looked like a novice. His raps lacked vocabulary, his presence was void of charisma, and his nasal delivery only grew more grating as the set proceded.