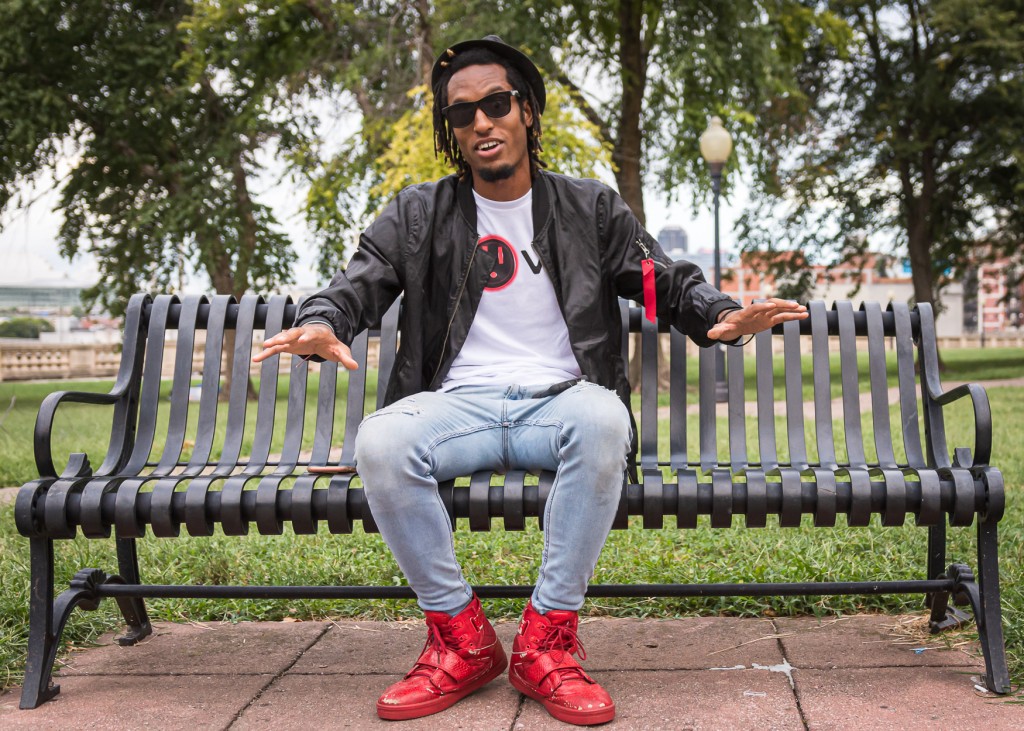 Musician and entrepreneur, AY Young is a Kansas City-born, home-schooled Eagle Scout, former college basketball player and performer who has hosted over 800 shows all over the world powered entirely by renewable energy. Performing live using his platform, The Battery Tour, an AY show is an interactive street corner concert mixing original music with crowd-pleasing covers that the audience is invited to dance and sing along with. If you want to dance the Macarena or sing a duet with AY, he’ll make time in the show for it to happen. It’s all about his fans, (over 25,000 on social media) called “outlets” because they power both the show and the environmental causes those fans individually represent. Says, Young, “I created the Battery Tour to be an outlet for you to plug-in and connect to your passions. My ultimate goal was always to get the world plugged-in. Plugged into sustainability using music as a vehicle.” The Battery Tour promotes this through “walking the walk” with sustainable energy concerts powered by batteries and not diesel generators. His sustainable concerts then inspire his Eco-conscious “outlets” to go forward with their own ideas on how to save the planet.

A longtime, street corner fixture on the Plaza and in the Rivermarket, AY Young with his trademark fedora has become a Kansas City music icon.

He has opened for a variety of artists including Shaggy, T-Pain and Wyclef Jean. As of September 18th, he is also one of the Young Leaders for the Sustainable Development Goals (SDGs), class of 2022. The UN Young Leaders Initiative is a flagship initiative led by the Office of the Secretary-General’s Envoy on Youth with the United Nations. Over 18,000 people from 186 countries were nominated with only 17 selected to serve a two-year term as a representative of the UN. These Ambassadors will engage in advocacy efforts to increase the use of sustainable development around the world. AY Young brings music and his platform, The Battery Tour to do this. 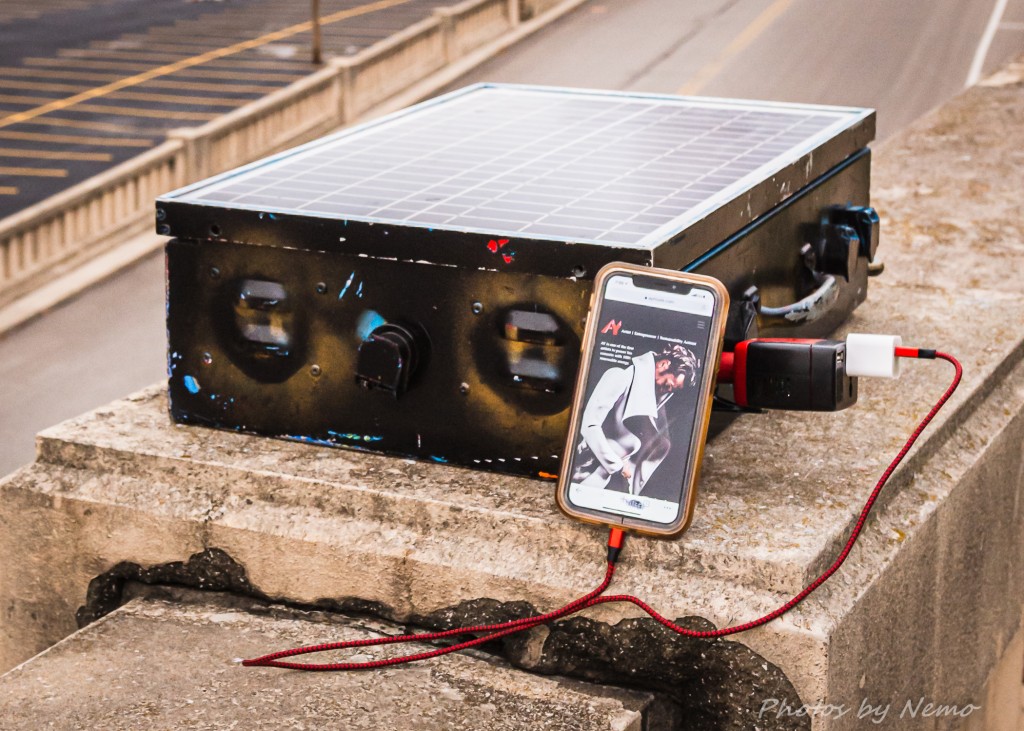 Young’s show and his focus have evolved over time. Even after appearing on season 2 of the television show, The X Factor, to rave reviews from all 4 judges, AY couldn’t find an agent, manager or label to represent him. So he took his show to street corners all over the country, powered by renewable energy. The Battery Tour has since evolved from high tech musical “busking” into an audacious entity designed to showcase musical artists while promoting and deploying renewable energy powered experiences. The Tour was re-imagined by AY’s business partner, Thor Dietrich into an eco-friendly house brand for any event that promotes sustainable solutions for our world.

Thor is a Chicago raised engineer whose work with Ford Motor has him designing robotic assembly lines for new vehicle models. Two years ago, when AY and Thor met at a conference, the musical artist met the engineer and the Battery Tour began the development from street show to a global platform re-imagined to amplify sustainable activism using music as a vehicle. Says, Dietrich, “When AY presented the idea of Music & Sustainability, I knew that this is a recipe to engage everyone’s passions for the only future we have, a sustainable one.” AY had already realized that busking doesn’t always pay the bills and Thor had ideas on how to make the Tour more effective in its mission and more profitable for its participants. A concert tour through Honduras performed in multiple villages with limited access to power giving hundreds of Hondurans their first experience with a live concert. Then the Battery Tour left medical supplies and solar batteries funded by donations in each village they performed in. This became the first phase of the re-imagined Battery Tour.

Now they focus on promoting, developing and deploying sustainability projects. They solicit sponsorship from corporate entities to promote new ideas and products that promote sustainable, renewable energy. Not only do they promote the ideas and assist in deploying new sustainable solutions, but the engineer in Thor also sparks developmental feedback to improve technical design in future product iterations.

Perhaps their greatest contribution will be the next stage of the Battery Tour development. The pair currently are launching the first phase of Battery Tour’s digital component, an app design that will link the thousands of “outlets” who follow AY’s adventures on social media into a proactive social media machine that urges “Outlets” to do something as easy as picking up 5 pieces of trash each day to make the world a little bit better. Take a picture of the activity and post it. These posts will be rewarded with sponsor donated prizes and exclusive musical content from AY and future Battery Tour artists. To scale the sustainable impact globally, the Battery Tour team is looking for passionate “outlets” to fund and build out the digital offering to the next level.

AY is quick to tell you that over a billion people across the world need access to power, not including those people in natural disaster areas. Even remote villages in third world nations need cell phones in the modern world. This sounds strange but the reality is that without a bank in a village, money is often paid and received through phone apps. If it’s five miles to the nearest power source, you may have to walk five miles to and five miles back to pay for the food on your table. A solar battery becomes an invaluable village resource and The Battery Tour is trying to plug them in with the help of their “outlets” donations. 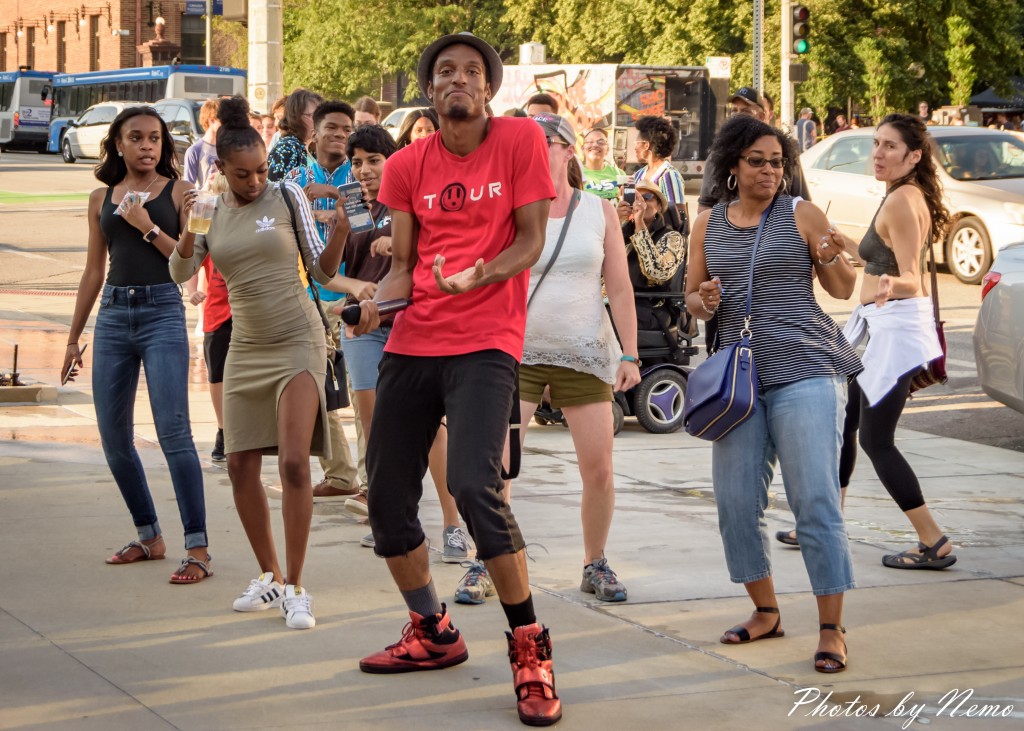 The Battery Tour’s latest renewable energy resource to highlight is a tiny pedal system that allows to you peddle to charge a phone or other device. It looks impractical unless you’ve ever found yourself in a natural disaster. With this tiny device, you and others around you can remain connected to the outside world getting relief updates, contacting relatives, accessing on-line banking and other necessities even though you have no power due to hurricanes, flooding, wildfire or tornado.

AY is also quick to point out that the Battery Tour is not just a platform for him. Obviously, as a musician, he wants his music heard and for now The Tour is his platform. In the future, he looks to continue creating his original music but the Tour will be for other musical artists too. All while hopefully “plugging in” even more “outlets” to spread their own ideas of energy sustainability and provide actual power to those without access. In the long term says AY, “The Battery Tour wants to compensate artists for their art. One day we really want to be known for paying artists to come perform sustainably. That’d be crazy! But that’s long term. For now, little ol’ AY has founded this thing that’s making a huge impact. A thing that we think has the best brand in the world. Because when people write and send us photos. They’re in the gym or at their school, in their kitchen and people send us photos of the outlet in their home and say, ‘The Battery Tour’s HERE’ and that shows us we’re already in America’s homes.”

Now with the help of the United Nations, The Battery Tour is going to try to plug into new “outlets” worldwide. “Get plugged in today and do what you can to make the world a better place for us all,” AY says. 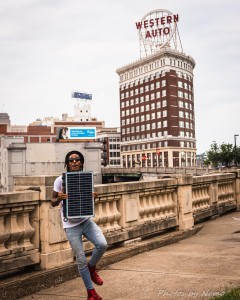 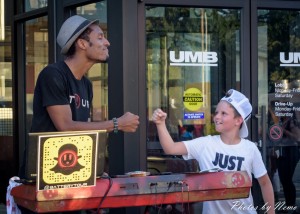 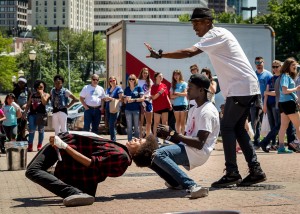 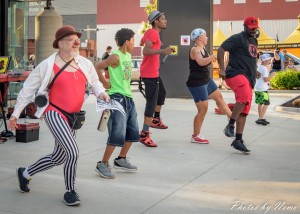 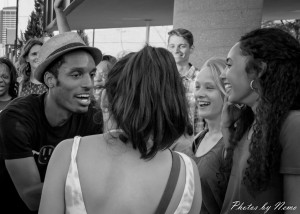 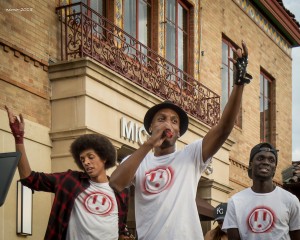 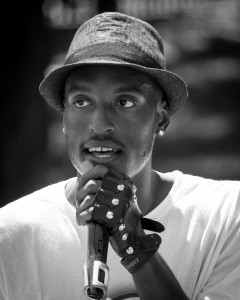 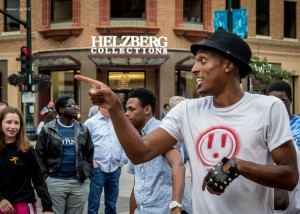 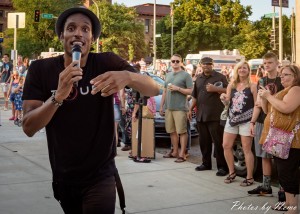 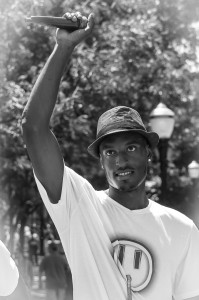 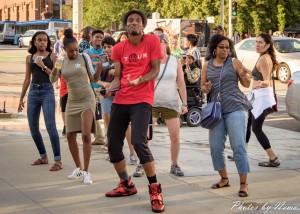 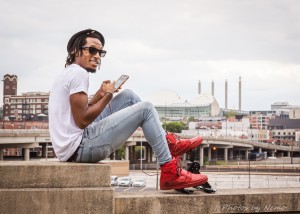 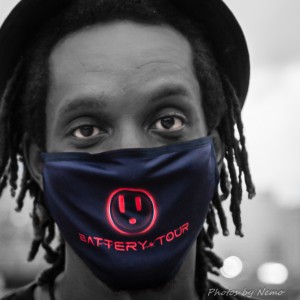 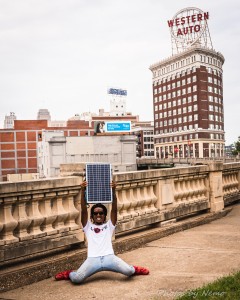 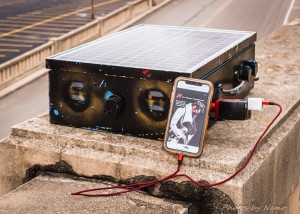 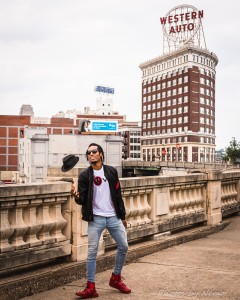 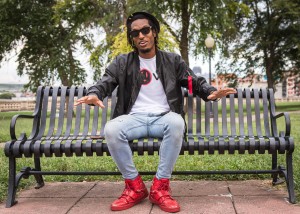