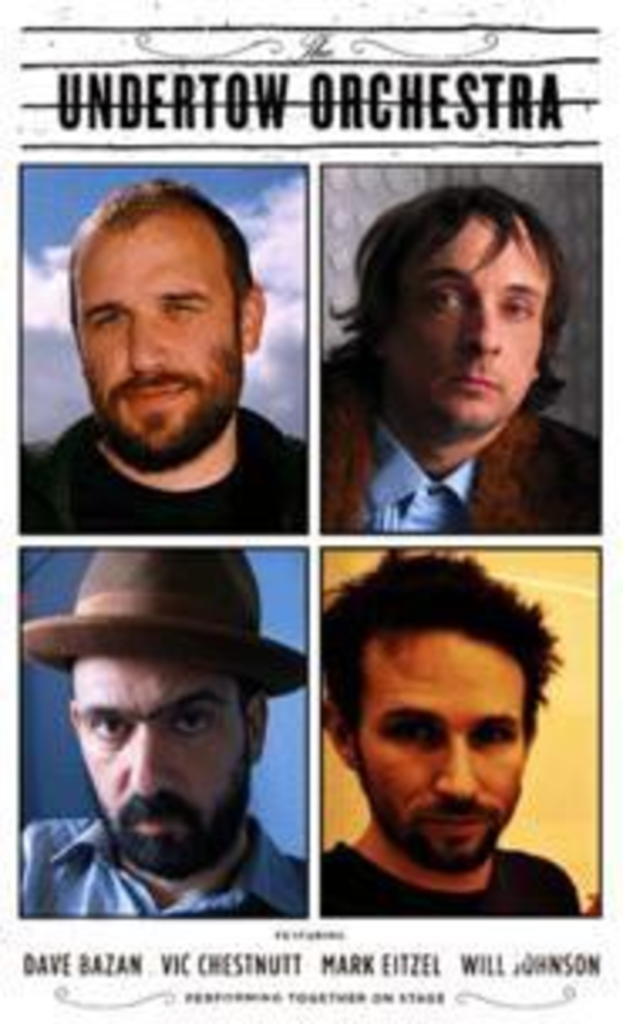 No one’s going to dress as a drum major or haul out Sly Stone, but the collaboration of David Bazan (of Headphones and the recently disbanded Pedro the Lion), Will Johnson (Centro-matic), Mark Eitzel (American Music Club) and Vic Chesnutt counts as an event. The four, who share a management company (called Undertow), operate far outside the orbit of Grammys and gold records, but each is a national treasure. The sad-sack superheroes spent a few days rehearsing (and, one hopes, putting pencils to paper together; not one of the four seems ever to have suffered writer’s block) at Chesnutt’s Athens, Georgia, home, getting better acquainted with four dense catalogs that each musician claims to have been familiar with already. (Chesnutt has described himself as an Eitzel groupie, and Johnson says he owns every album by his tourmates.) The tour promises the full-band treatment, with the four frontmen strumming, drumming and singing with one another and Johnson’s Centro-matic bandmate Scott Danborn on piano and violin. A cosmic order threatened by the commingling of Paul McCartney and Linkin Park can now be restored. The all-ages show (at which, in true orchestra fashion, the audience will have chairs) starts at 8 p.m.