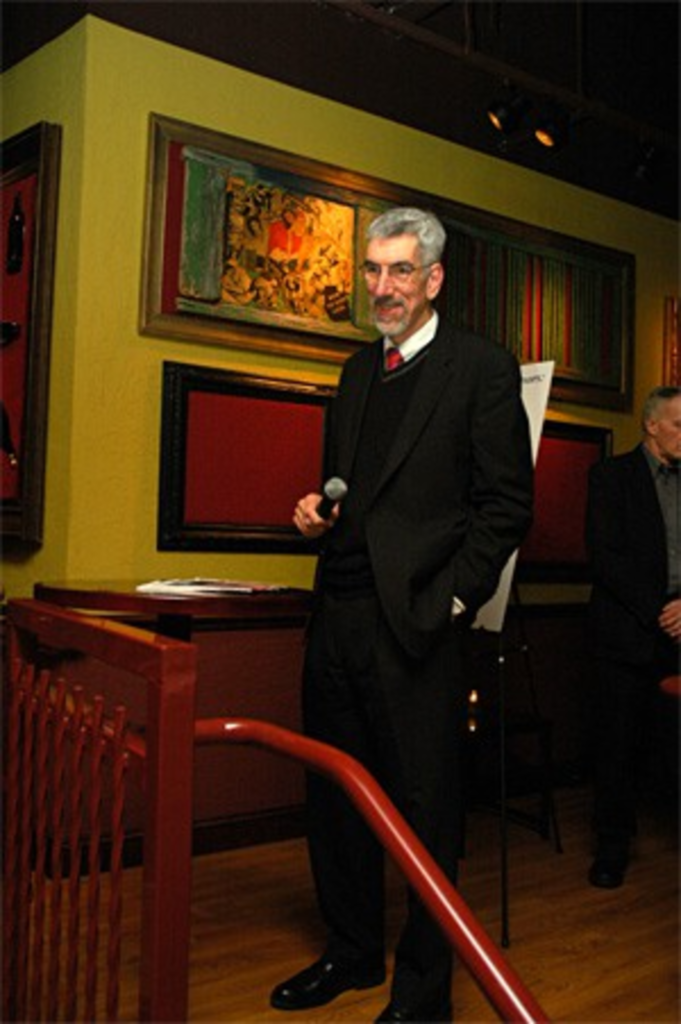 So appealing as a candidate, Mark Funkhouser as mayor is too stubborn, too obtuse and too unilateral (witness Monday’s sacking of City Manager Wayne Cauthen) to lead. Or so goes the conventional wisdom. Here’s an alternative view: If anything, Funkhouser is too much like an off-the-rack politician.

No, he’s not slick. Ask him a question and you’re apt to get a direct answer. These are the unpoliticianlike qualities that got him elected.

Alas, since May, Funkhouser and his wife, Gloria Squitiro, seem to have been touched by the same madness that plagues so many political figures. It’s the narcissism that turns reality into a cubist painting.

It’s Bill Clinton telling us that he always opposed the war in Iraq. It’s Larry Craig insisting that he’s not gay. It’s Katheryn Shields contemplating a return to public life.

I don’t know if politico-narcissism is curable. I suspect it isn’t. But if change is possible, here are some myths that Funkhouser and Squitiro need to put to rest, stat.

We Are the People. Funk often speaks of returning the city to its citizens. Yet the constant championing of “regular folks” sounds at times like the staticky transmission of a corrupt socialist regime.

Recall the moment, early in the new administration, when the mayor accepted an offer of a hybrid car from a local Honda dealership. After ethics experts and members of the City Council howled, Funkhouser grudgingly declined the offer.

Now, in her latest wince-tastic interview with The Kansas City Star, Squitiro would have us believe that “regular folks everywhere” told the Funks to keep the free car.

It’s one thing to be so clueless as to think that a guy who built his reputation on being a stickler could accept a free car without raising eyebrows. But for Squitiro to insist, as she did in Hearne Christopher Jr.’s December 2 Star column, that The People were behind her on this issue seems a little like Imelda Marcos claiming that starving Filipinos demanded their first lady be well-shod.

Seriously, we’re to believe that working stiffs “everywhere” went to the trouble of telling the Funkitiros, “Yes, we support the idea of you getting a sporty new car in addition to the $600 monthly car allowance you receive and the $5,647 the city paid to rescind an existing car lease you found objectionable. May all of us follow the example of fuel-efficiency that the Great Leader has shown.”

Everybody makes dumb decisions now and again. But dragging the (pretend) will of the masses into a discussion of your boners is pathological.

Our Decisions Are Unassailable. The Frances Semler debacle was chock-full of dispiriting moments. There was the parks board appointee’s initial lie about her involvement in the Minuteman Civil Defense Corps. There were the occasions when her critics seemed more interested in scoring their own points than in improving the lives of immigrants.

My frustration over the appointment came to a boil when Funk began to defend Semler on First Amendment grounds.

“She’s a Republican, and I am a lifelong liberal Democrat,” Funkhouser was quoted as saying in September. “But I think my liberal friends seem to forget that we have a Bill of Rights in this country, and that Bill of Rights guarantees free speech.”

Well, professor, of course Frances Semler has a right to free speech and assembly. But making the Bill of Rights argument, Funkhouser presented a false choice: Semler stays on the parks board or she’s getting marched off in leg irons. Other options existed, including the obvious one: Semler takes one for the team and steps aside.

The First Amendment keeps people out of jail. It says nothing about protecting functionaries from getting booted off a public board when their priorities are revealed to be, well, stupid. Your liberal friends, Mayor, were not oblivious. They were disappointed that you failed to bounce Semler in favor of some other Northland grandmother whose mind hadn’t been poisoned by talk radio.

We Took a Pay Cut, You Ungrateful Bastards. Squitiro is complaining that her husband is bringing home less cabbage now that he’s mayor. In his recent tell-us-your-troubles conversation with the first lady, Christopher wrote that Funkhouser took a 50 percent pay cut.

If only it were true.

That’s a 22 percent reduction in pay.

But when you factor in the pension he draws from having been auditor for 18 years, Funkhouser is actually making more now than he did as the city’s numbers guy. According to the city, Funkhouser’s annual pension is $37,306.

Funk spokesman Joe Miller tells me that Squitiro was thinking of her husband’s lost teaching and consulting jobs, among other goodies, when she told Christopher that being mayor cost the family $70,000.

Even if Funkhouser did take a pay cut, I don’t want to hear about it. Public officials should never talk about the monetary sacrifices they’ve made. Between pensions (virtually nonexistent in other industries) and cushy post-government gigs in the private sector (consulting, lobbying), bureaucrats and elected officials tend to do just fine, thank you very much.

Gloria Haters Are Sexist and Naïve. The mayor would have been wise to keep this thought in mind when he took office: I am the only person in the city who exchanged vows with Gloria Squitiro.

Funkhouser cherishes his wife. This makes him a good husband. But mutual adoration is not such a great thing to have sitting outside your office — literally — when you’re the chairman of a $1 billion corporation. Yet there she is, de facto chief of staff.

Squitiro complained to Christopher that critics of her prominent role in the administration were being sexist. But it hardly seems old-fashioned to question whether Funkhouser is able to adequately judge the advice of a political novice to whom his legal and romantic obligations have nothing to do with the rest of us.

Of course, politicians, CEOs and foundation heads rely on their significant others; they’d be strange if they didn’t. But boundaries are healthy, and the Funkitiros have blurred them all over the 29th floor of City Hall.

The inappropriateness is clear to everyone but the first couple and their sycophants. It’s as if they think the Mark-Gloria union alchemizes some mystical governing abilities that we troglodytes will see in time. But plenty of regular folks stopped believing that months ago.