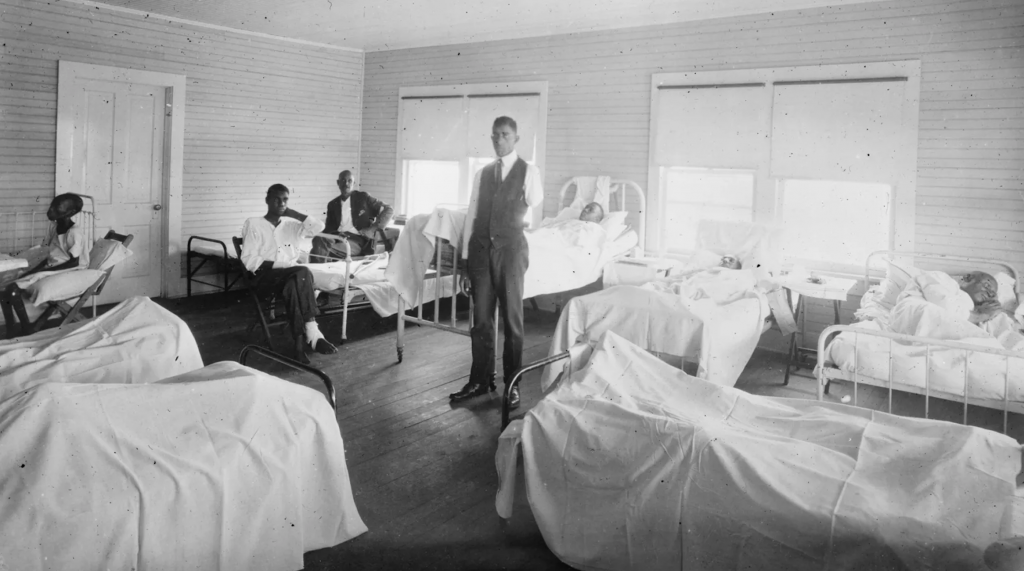 One hundred years ago today, the worst race massacre in American history happened in Tulsa, Oklahoma. For decades it went unrecognized by history books and the people living in Tulsa. The people killed and businesses lost in the Greenwood District were tossed aside and forgotten.

Until now, when the details of what happened are being publically re-examined.

On May 31, 1921, a white mob set fire to the Greenwood district of Tulsa, nicknamed “Black Wall Street” for its abundance of Black-owned businesses and homes.

The dead were buried in mass graves without funerals or any investigation into their deaths. Much of what happened in Tulsa was covered up by white society.

Newspapers refused to write about what happened. The few articles that were published were cut out of the paper’s left for historians to look back on. The only memories that remain of the massacre are the survivors and the photos that were taken as keepsakes and trophies by members of the white mob.

While what happened was left to be forgotten by history, many are digging up the past and looking for a way to memorialize those that were lost.

Since 1988, Dr. Phoebe Stubblefield has been working alongside local historians and archeologists to find the bodies of the victims. The work has been slow, Stubblefield said in an interview with BBC, but in October 2020, they found 12 wooden coffins that they believe are the remains of some of the victims.

Next month, the bodies will be exhumed, and they will start looking for evidence of gunshot wounds to determine if the remains are from the massacre.

For 50 years, Tulsa’s biggest newspapers went to great lengths to avoid acknowledging the event at all. The first stories from survivors were finally elevated to national attention in the late 1990s. For many Americans, what happened in Tulsa is not common knowledge because it was buried so well by organizations like this.

HBO’s series Watchmen tackled racial issues and white supremacy by setting the show in an alternate reality of Tulsa, where masked vigilantes fighting racism are seen as criminals. The show starts with the Tulsa race massacre. The violence that was depicted caused an uproar from people, even people who grew up in Tulsa, who had never been taught what happened. It also sparked a conversation about confronting the racist issues buried in America’s past.

Running in the same year, a different HBO fictional limited series with a science-fiction twist, Lovecraft Country, also centered on attempting to alter the history of what happened on that day. It’s interesting to note how the only inline for mainstream audiences to something this horrific has been recently couched in science-fiction—since the reality was too difficult to process.

Three different long-form documentaries on the subject were just released: Tulsa Burning: The 1921 Race Massacre on The History Channel, Dreamland: The Burning of Black Wall Street on HBO Max, and Tulsa: The Fire and the Forgotten via PBS.

Tulsa isn’t the only place in America where Black communities were destroyed by social injustice, redlining, and white mobs. Across the United States, thousands have told stories of neighborhoods being erased at the hands of infrastructure and deliberate racism.

Here in Kansas City, it was known as the “Kansas City Blitz”.

And the endless wrath of the "We Ruined Our Own Cities" file continues with Kansas City pic.twitter.com/Lc3JOdXj7n

According to Strong Towns, an organization wanting to reinvent the way we think about building the world in the 1940s lead to the city being on a highway and freeway building “frenzy.” They purposefully destroyed communities, most of them home to Black families and businesses, that local leaders wanted to be redeveloped.

In the 50 years it took to build the Highway 71 freeway, more than 10,000 people were displaced, and historically Black neighborhoods were redlined.

According to Kevin Fox Gotham, author of Race, Real Estate, and Uneven Development: The Kansas City Experience, 12,000 households, 28.6% of which were Black, were displaced by urban renewal and freeway construction from the 1950s to the early 70s.

These things haven’t disappeared from America today, people in power have only gotten better at hiding it. Social injustice, redlining, and racism are still obstacles America has yet to overcome, but much of that comes from the fact that we have continued to ignore our racist past.

We have turned a blind eye—refused to teach the next generation what happened—and forgot the names of the people affected. But now, 100 years after the Tulsa Race Massacre, it’s time for that to end, and to make America confront its past.

Whether it’s ready or not.

The Northland is pissed off. What does that mean for Kansas City, the police, and Mayor Quinton Lucas?