The triumphant return of the Grisly Hand 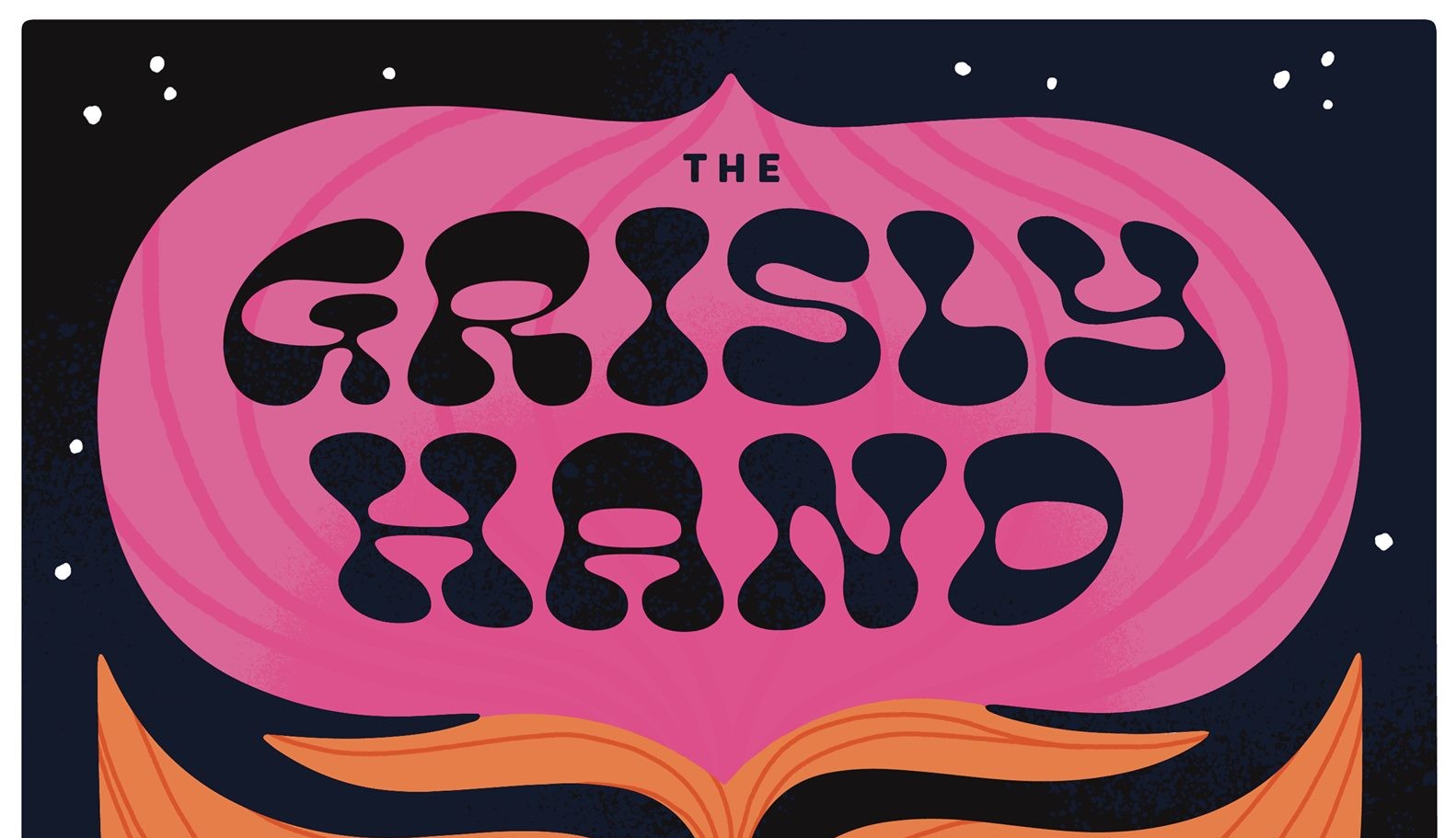 After nearly five years since their last album, Hearts & Stars, Kansas City’s country-tinged rock ‘n’ roll outfit the Grisly Hand returned at the beginning of May with a new single, “Now That You Know,” a track which is slow, soulful number, with a bit of a sway in the musicality. The band’s always been known for walking the line between introspective and barn-burning when it comes to their songs, but this new track feels like it’s walked right out of Muscle Shoals circa 1973. There’s a beautiful lope to it all, with singer Lauren Krum’s vocals soaring high before blending into a rich choral tone.

It’s a close-your-eyes and gently sway kinda song, and I love it, so I was really happy to hop on the phone one afternoon to speak with Krum about the band’s new song and their impending return to the stage on Friday, June 11, with a double set at Lemonade Park.

The Pitch: I was really excited when I saw that you all had a new single, because I was like, “Oh man, it’s been a minute.” I hadn’t quite realized that it had been like five years.

Lauren Krum: Yeah. I hadn’t realized that I’d been five years either. I was like, “Damn. I guess it has.”

What was the impetus to start recording new music after so long? Was it just like, “We’ve got new songs and we need to get these recorded?”

Yeah. I mean, I guess when I say I’m kind of like, “Oh, right. I forgot too,” it’s just that we’re in our own little world. We’re not like, “It’s a comeback!” We’ve just been moving forward and inasmuch as we’ve had different hurdles–we had a bass player change again, and then again–so it kind of felt like we spent like a full year, twice, getting people up to speed.

I mean, it’s not even a bad thing. I’m grateful for people, but when you’re in it, it seems like the time just goes by so fast. But yeah–we’ve had a few little new ideas bumping around for a while and I think that things just kind of crystallized with COVID, getting squeezed down to like, “Okay, well, how do we even exist?”

That was good motivation. And having Johnny [Nichols] back in the band, playing bass with us has been really, really motivating. He’s just such a source of positivity and excitement. When you’re in a band for 12 years, that’s very, very appreciated to have somebody that’s like, “All right, guys, what are we doing? I’m fired up.” That general vibe was helpful, but it was just kind of a natural thing. I personally had been pushing myself to write more and–just where I’m at in my life–I finally got over some shit and was like, “All right, I’m going to write some songs.”

What was the process of getting back into the studio? I imagine like you had to first learn how to play together again.

We’ve been practicing once a week, this whole time, pretty much. We never stopped being together and working. Obviously, we did take a break. I don’t people to think we’re Trumpers. We took a break during COVID. But we reassembled once it was reasonable. Being together is pretty old hat. And having Johnny there and Kian Byrne is now drumming and he used to play fiddle and is a long-time friend.

Where we’ve had personnel changes in the past it’s been kind of like, “Okay, here we are at ground zero. We have to teach ‘Paris of the Plains’ to someone else.” This was nice because they were both pretty well-versed. You have to work together and get used to stuff, but it was very easy, you know what I mean? It was just like hopping on a bike.

Any time somebody rejoins a band, I think it’s exciting for folks who are fans of the band as well, because you see this familiar face again. The fact that you’ve got some people also changing positions, it’s like if you watch a show long enough and you’re like, “They brought his character back!”

I can’t say it how important it is that it’s them. I do feel like it was starting to get down to–it wasn’t like we were splintering or fighting or having any problems with it–just that mojo and having to teach somebody again. I remember saying, “I’m not picking a bass player. I have zero suggestions,” so once [Johnny] volunteered, I was like, “Oh my God, yes. This is the shot in the arm that we need.”

You got back into the studio and you recorded this new song. What made this be the one that you wanted to be the first single—was it something in the song?

We went in and recorded four songs and put the bones down, then we finished two of them–two of the songs that I wrote. The single, I think we decided on it first, just because it feels pretty joyous. We wanted to come back with something that felt fresh and exciting, but also close enough to our sound. For me too, a lot of my songs that I have written or contributed or just sung are almost all ballads or sad, so it felt really exciting and important to put that song out there that was from us.

Also for me, it’s not me being like, [fake sobs] “Whaaa.” It’s a little more self-possessed and just less about life happening and more about my own feelings or my own boundaries or whatever. It just seemed like a good, a good place to start.

It feels like it’s a reintroduction for people to the band, because it sounds like the Grisly Hand, but it also sounds like it’s a little bit different than some of the stuff you’ve done in the past. This is very mid-’70s and soulful. It sounds like it came out of Muscle Shoals to me and that was what grabbed me. I was like, “Oh yeah, I recognize this band,” but also, “Oh, they’ve been spending this last year coming up with some shit.”

I feel like some of the way that we sound hasn’t always come across fully on our records. I mean, I think that’s sort of almost everybody, but like you said, it’s like, “Oh look, there’s Johnny.” I think that the way that this sounds will be familiar to people that have seen us live. It sounds a little bit more like things we might’ve covered in the past or things like that.

I saw that you were talking about the fact that this is the first of four singles you recorded and that you’ll be releasing them throughout the summer and fall, but there’s also this possible new album, as well. Is putting it out there just a way to make yourselves accountable?

A little bit of that. I think for us, with five years behind us with nothing, it was just like, “Let’s exist as soon as we can. Let’s put this out there and kind of wave that flag.” The last thing we put out was a gatefold double LP, a fully self-designed gold leaf and printed double album. So I think we were like, “We did that and we’ll never do it again.” It was a blast and I love it. But if you’re hungry for the physical stuff, I feel like it exists.

Our key focus was new music and just putting that out there. We’ve never really done that. We’ve never released more than a single, so it’s kind of fun. I see bands come out now that have only one song. Like, “That’s it. That’s all I got,” so I’m like, “Well, shit, we got enough to just do this.” Our plan is to hopefully release a single every month, starting in July, maybe through the end of the year. We may just like keep going, which is a little bit ballsy.

You’re talking about being like ballsy and re-introducing folks that to the fact that you exist, and the thing I love is that you’re playing a show and you’re doing two sets.

Another ballsy move, right? It’s kind of crept up on me, this point where we have so many songs. We have a pretty big catalog, so we have the material for it. I think we were just so fired up that we were like, “Yeah, let’s just get a DJ and do it.” I think it’ll be fun and I think it’ll go by fast.

That is an excellent way to get back into playing live–to just be like, “Okay, I think we’re going to play as many things as we can possibly remember at this point.”

I think it definitely speaks to how hungry we are to play and then, particularly, it’s new energy that we have with Johnny. He’s so excited to play. He hasn’t played a show in years, so he is super-pumped and we sound so good with Kian, so there’s just a lot of excitement. I haven’t even seen a real show, so I guess it’s partly that. It’s just like, “Whoo!!!” Like when you have like hungry eyes and you put too much on your plate, but hopefully it goes well.

The Grisly Hand’s new single, “Now That You Know,” is out now and the band plays Lemonade Park on Friday, June 11. Details on that show here.