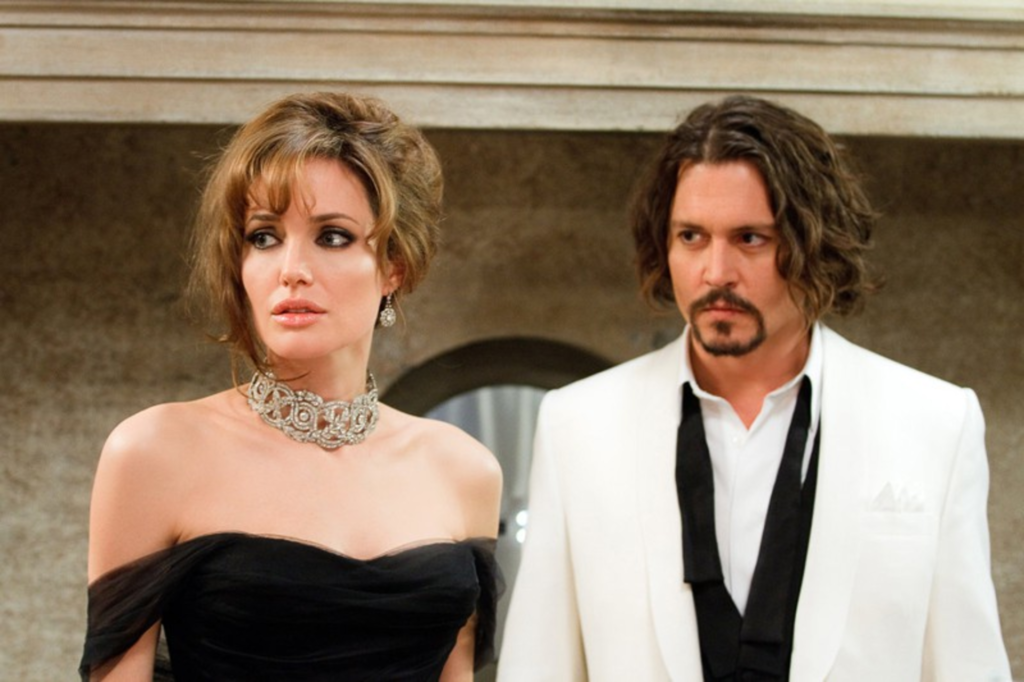 Men follow Angelina Jolie in The Tourist. Men and cameras. They follow her — chic, coifed, assless — through the streets of Paris. They follow her onto the train to Venice, where she heads, on the instruction of her shadowy, fugitive lover. Eventually, they follow fellow passenger Johnny Depp as well, but mainly because he, too, begins trailing Jolie.

Bringing up the rear is Florian Henckel von Donnersmarck, the German-American director who chose to follow his Oscar-winning debut The Lives of Others with a different kind of surveillance thriller — a stargazing Hollywood one. Jolie plays Elise, an undercover British Interpol agent who, assigned to follow a wanted fugitive named Alexander Pearce, instead fell in love and “went dark,” acquiring a Scotland Yard tail of her own.

Alternating between limpid and imperious, on-screen Jolie has become so caught up in her beauty that she seems frozen within it. At least Depp, as a Wisconsin tourist whom Elise targets for decoy purposes, seems like a good time. Tipped off by an Interpol leak, a British gangster (Steven Berkoff) heads to Venice to collect the billions that Elise’s abandoned target Pearce randomly stole from him; Scotland Yard is also after Pearce — for back taxes.

A big twist is meant to throw that conceit and Depp and Jolie’s reluctant tango into meaningful relief, but with no there there, a minimum of scripted effervescence, and little chemistry to keep the leads on point, the plot just gimps around the harbors of Venice.