The thin line that The Bite couldn’t chew

Mixing business and politics can leave a sour taste in one’s mouth. 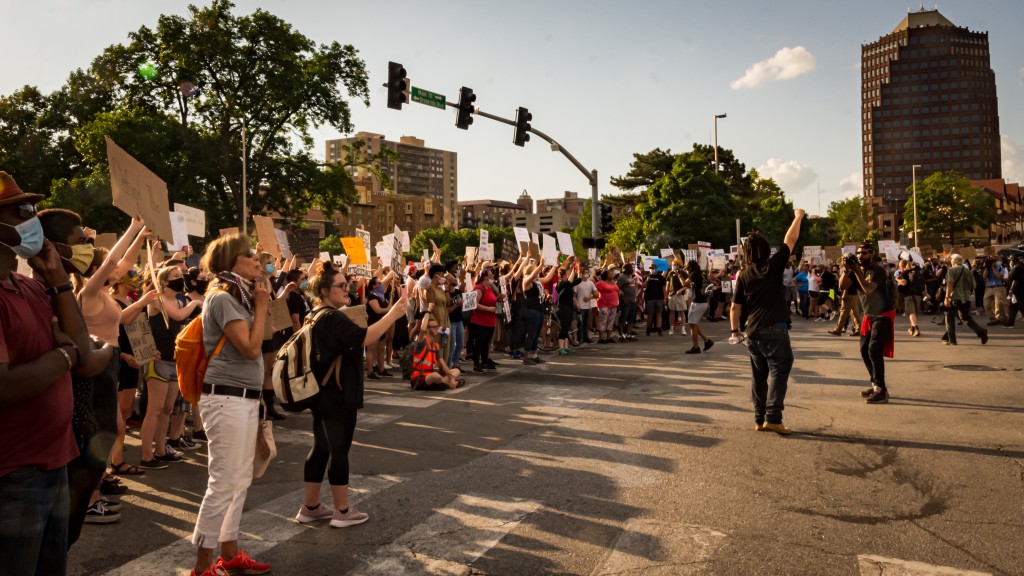 An alleged incident involving a City Market sandwich shop and local law enforcement is sparking an online debate over mixing politics with business.

In an email posted to Facebook, three members of law enforcement ordered take-out from The Bite, and alleged they were advised by an employee not to return in uniform. The email continues by stating they were told to let “everyone else know.”

A Facebook debate over the claim has since ensued, spilling over to the review sections on Facebook, Yelp, and Trip Advisor.

“If I could leave negative stars, I would. Way to fight hate with hate. Fighting racism with discrimination? Simple-minded people and businesses such as yours, will only fuel the fire,” wrote Kristie K., a Yelp reviewer from Lee’s Summit.

Other reviewers back the alleged stance taken by The Bite, leaving five-star reviews in support of the establishment.

The Bite owner and chef Carlos Mortera shared a statement with KMBC News:

“He said that while he supports the Black Lives Matter movement, he also welcomes law enforcement members to the table to eat and to talk.

“Sometimes seeing a uniform causes fear in some communities. I get it. I have gone through that and I have experienced it firsthand,” Mortera said. “Everybody is welcome at the restaurant no matter where you work, no matter who you are.”

Mortera said the employee took responsibility for her actions and has resigned.”

Complaints against the business have grown past the initial accusation. One officer, Mary Pryor, reported on Facebook that she’d seen rats during a visit to the restaurant.

Another user took to the Belton Police Department’s Facebook page to express his concerns for the validity of her statements.

“It’s unfair for someone to defame a local business they are sworn to serve and protect in order to exact revenge against a citizen using their constitutional right to free speech,” N. Davis wrote in a message. “How can we trust this person will tell the truth in a court of law if they so brazenly lie in a public forum?”

Mary Pryor has not yet returned to comment on her allegations.

The alleged incident comes during a time of unrest in the U.S., with law enforcement coming under fire after the death of George Floyd in Minneapolis. Protesters in Kansas City have been met with tear gas as officers deemed some of the gatherings violent.

On May 31, The Bite announced it would be donating 10 percent of its proceeds from the following weekend to the Kansas City Bail Fund. The post has since been deleted from Facebook.

Companies making statements with political connotations may drive some customers to take their business elsewhere. Examples of these practices include Chick-Fil-A, which had previously donated to anti-LGBTQ organizations, and Dick’s Sporting Goods, which had halted selling certain weapons in response to mass shootings.

This isn’t the first time reported clashes between law enforcement and corporations have been uploaded online. In July of 2019, a Starbucks in Arizona reportedly denied a group of officers and veterans service after a customer reported feeling unsafe. A subsequent #DumpStarbucks movement erupted online, which resulted in Starbucks Executive Vice President Rossann Williams apologizing to the Tempe Police Department.

Over time, corporations have evolved and found importance in corporate social responsibility, or the idea that businesses have a role to play in improving their communities.

A study by the Harvard Business Review found that consumers were nearly 26 percent more likely to buy from a competitor of a business with strong conservative values. The reason why? The conservative company was seen as “less committed to social responsibility and its community, but also as less profitable.”

The same isn’t true for businesses with liberal values. The study found that no significant change in behavior could be found when consumers were told about the liberal views.

This much is clear: The line between businesses contributing to their community and overstepping their boundaries is unknown at this point in history. The Bite is an example of just that.