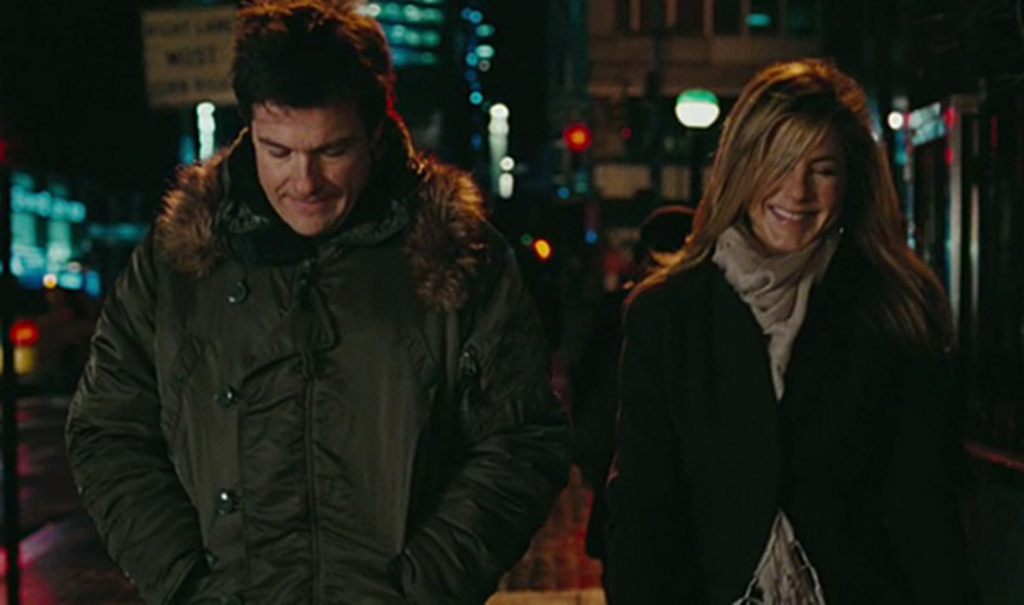 The Switch is a loose adaptation of a Jeffrey Eugenides short story called “Baster,” published in The New Yorker in 1996. The Virgin Suicides author carefully drew a distinction between his highbrow literary effort and its Disney-distributed successor.

“The fact that the movie has a different title than the story might give you some idea of how close a correspondence exists between the two,” Eugenides said. “My story is about an unattractive man who’s in love with a beautiful woman. It deals, comedically, with the Darwinist question: Is it better to be good-looking or clever? Now, Jason Bateman isn’t unattractive. The casting went in the other direction, as they say out in Hollywood, and the movie followed it.”

Jennifer Aniston plays Kassie, a New York TV producer who, having failed to find a husband by the age of 40, informs her sad-sack best friend, Wally (Bateman), that she’s on the hunt for a sperm donor. Though wholly devoted to Kassie, Wally doesn’t have the genes of the blond, studly Roland (Patrick Wilson), whom Kassie hires to provide her baby-­making “ingredient.”

Drunk at Kassie’s insemination party, Wally hijacks the sperm cup, replacing Roland’s high-quality DNA with his own. The darker details of the night slip Wally’s mind until Kassie returns to New York seven years later with her young son, Sebastian (Thomas Robinson). Wally can’t help but notice the similarities between himself and Sebastian. Both are brown-haired bully magnets. Both are such extreme neurotic fatalists that they repel virtually everyone but each other.

Eugenides’ story ends shortly after the birth of the kid, with Wally looking down into the crib and recognizing the “potato nose [and] buggy eyes” as his own. The back hour of The Switch has Kassie reacquainting herself with both Wally and Roland, becoming romantically involved with the latter, under the impression that he is her son’s father, while Wally — still single, still smitten with Kassie, and increasingly attached to Sebastian — struggles to come clean about his feelings and his secret crime of insemination.

While the first three pages of the story put the reader inside the heroine’s head, before suddenly switching to Wally’s perspective. The Switch unfolds entirely from Wally’s point of view, guided by his grating narration. Eugenides’ heroine is a tough, conspicuously sexy career girl, single-mindedly superficial but ultimately flawed and relatable. The Switch‘s Kassie barely registers as a character. There are a lot of beauty-filtered close-ups of Aniston, but the film is generally uninterested in who Kassie actually is.

Saddled with the responsibility of carrying the film, Bateman plays it straight, developing a genuinely convincing and affecting chemistry with Robinson and taking his character’s repression seriously. The Switch is most notable for its confident tone, which is unexpectedly not ha-ha funny. The sperm-switch scene is the closest it gets to slapstick. And despite its sympathy for the socially awkward, it avoids the halting comedy of discomfort that’s currently trendy (The Office, Cyrus).

Essentially a romantic fantasy in which insecurity is the great demon to be overcome, The Switch wouldn’t dare suggest that the physically perfect, interpersonally competent and highly capable have it easier than the less genetically gifted. All Bateman has to do to get the girl is get up the courage to ask.