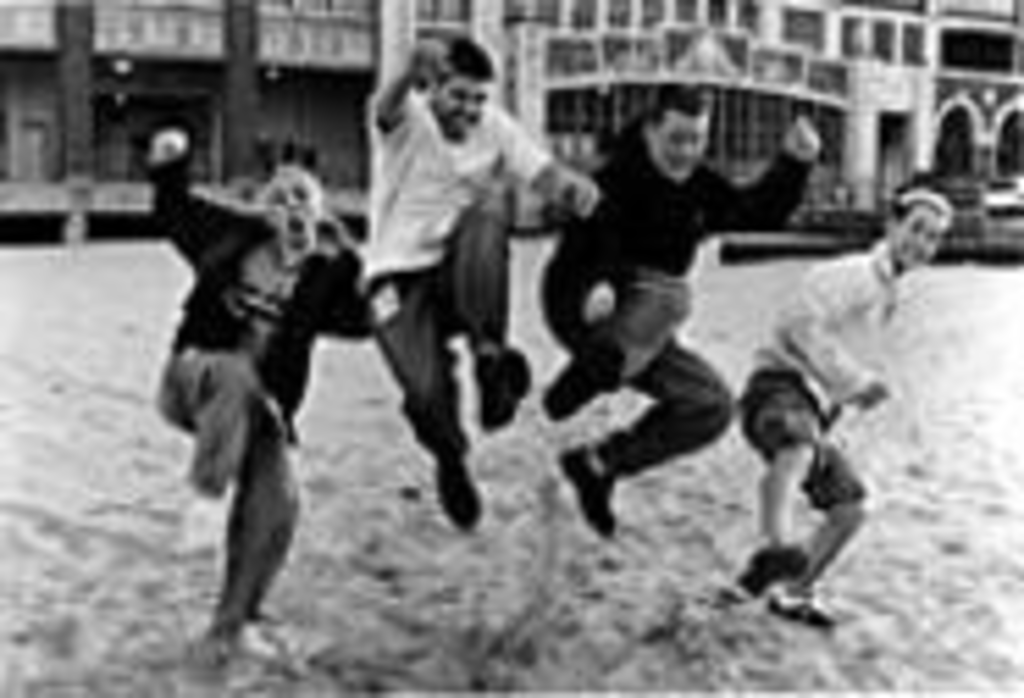 With emo clones popping off the assembly line as quickly as nü-metal mooks head back to their day jobs at McDonald’s, established pop-punk bands are in danger of getting lost in the shuffle. The Starting Line, however, is taking steps to ensure it won’t slip through the cracks. The Pennsylvania quartet will strip away the patented twin-guitar attack it unleashed on its 2002 debut, Say It Like You Mean It, with the August release of a four-song acoustic EP, which neatly coincides with the start of its headlining slot on the Drive-Thru 2003 Invasion Tour. In fact, the tireless roadhogs — who originally formed when guitarist Matt Watts recruited vocalist and bassist Ken Vasoli in 1999 with a random e-mail after he liked Vasoli’s AOL profile — have been pounding the pavement for much of the past year. Gigs with spiky-haired luminaries Sum 41 and Good Charlotte and labelmates New Found Glory, the Early November and Finch, among others, mean the Starting Line has done its part to keep the nation’s truck stops in business. Its Granada show with earnest rockers Mae and popsters River City High will be its last before it jumps on the Vans Warped Tour, so catch the Starting Line before its career really races forward.