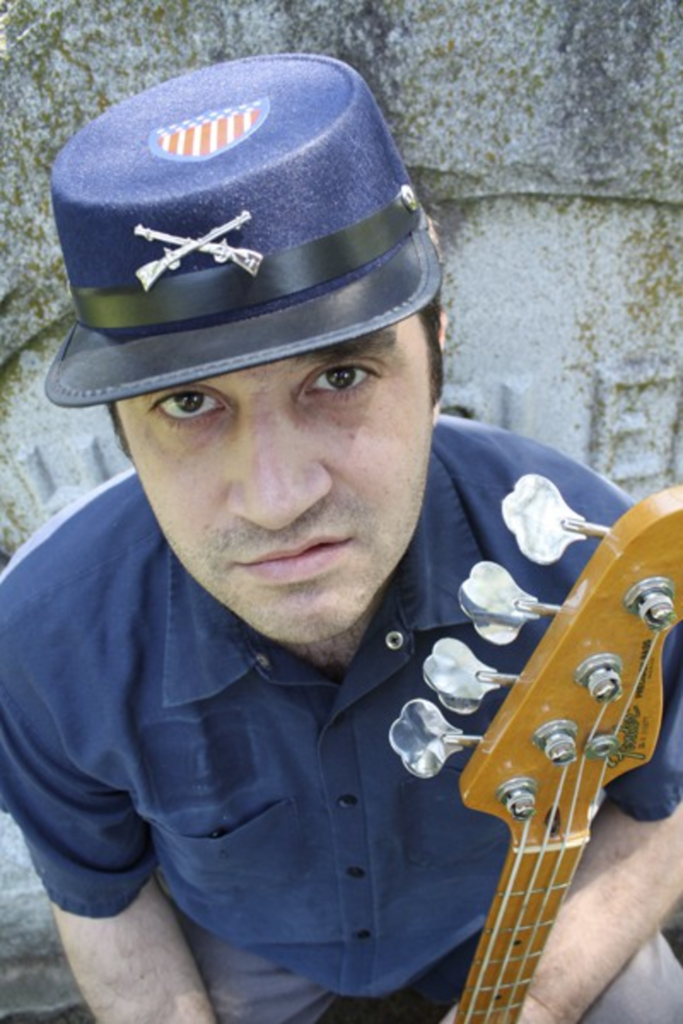 I’m getting tired of looking at this fucking computer,” says a feisty Mike McCoy, on the phone from his home in Austin, Texas.

McCoy is in the homestretch of organizing the sixth-annual edition of his North vs. South Music Festival. Despite a relatively thin turnout last year, bands have been knocking down his door to be part of this year’s event — so much so that more than 30 of them are still on a waiting list.

The three-day festival ropes in acts from up north (mostly Minneapolis), down south (mostly Austin), and in and around Kansas City, to raise a ruckus on the anniversary of William Quantrill’s 1863 raid on Lawrence.

The results thus far have been less deadly than the Lawrence Massacre but equally unpredictable.

“I don’t know what I’m doing but I know people appreciate it,” says McCoy, a longtime Kansas City-area musician who moved to Austin in 2008. “If we ever make any money, there will be a lot of people to reward.”

If McCoy is seeking to turn a profit, he’s probably in the wrong business or at least the wrong festival. North vs. South is a far cry from the Warped Tour’s flavor-of-the-month headliners and corporate sponsors, instead favoring blue-collar bands that are more regional heroes than national acts. This year’s headliners include the Magnolias, Pong, Cher U.K., and former Hüsker Dü drummer Grant Hart (who plays solo acoustic). All the acts have members well into their 40s.

“We target bands with good manners,” McCoy says. “We don’t just ask a bunch of shitheads to come play.”

This year’s festival will be the first to take place solely at one venue: Davey’s Uptown Ramblers Club.

“I think we had too much going on for our first time in Kansas City,” McCoy reflects. “I was disappointed for a while, but I sat down and reconfigured it. If you don’t learn from your failures and make better choices, then you’re probably going to make worse ones down the road.”

As a result, Davey’s will host nonstop music on two stages beginning at 5:30 p.m. Thursday and Friday and 2:50 p.m. Saturday. It’s bound to be a bustling scene with members of 42 bands milling about, in addition to the festival audience.

“We don’t know how it’s going to work, but at least [Davey’s owner Michelle Markowitz] is willing to give it a try,” McCoy says. “These bands actually need to get a bit of money and get fed.”

The bands will also be suitably soused, thanks to Boulevard Brewing Co., which is sponsoring the festival for the first time. McCoy says such partnerships will go a long way toward helping the festival stick around. (The Pitch is also a sponsor.)

“The local support we’ve had thus far has been super,” he says. “I’m going to try to keep doing it until it’s wildly successful, or at least until it’s not fun.”

Following are a few of this year’s highlights, all of which come with a hearty endorsement from McCoy. (For a complete schedule, visit myspace.com/northvssouthmusicfestival.)

With a sound that the band itself describes as “borderline autistic” and songs like “Cocaine Is a Sometimes Drug,” Austin’s Contact High Five may well be a more punk version of Tenacious D. Remarkably, the band remains unsigned.

This acoustic Omaha trio should folk up the festival with a warm, earthy sound rounded out with banjo and hand percussion. Singer Ashley Rayne Boe, recalling alt-folkies like Laura Veirs and William Fitzsimmons, harnesses an unpretentious spirit of introspection and grace.

It took one giant squid mask to convince Mike McCoy to push Vampire Squid to the front of the line. The prawn-rockers are connoisseurs of WTF styles ranging from psycho punk-jazz to drunken-circus prog. Did we mention that the giant squid mask comes with a giant squid penis? Well, it does.

If you can make it all the way until 1:30 a.m., Austin’s Pong will do its best to wake you up. The electro-pop group packs an amazing light show to complement its rock-and-roll dance party in the twisted tradition of Devo or the B-52’s. Along with vocorders raging and Moog organs bleeping, it’s the perfect time to make your move on the sloshed dance partner at the end of the bar.

These days, Lawrence musician Dan Cook (ex-Bubble Boys) gets his giggles out with Haulin’ Oates, a Hall & Oates tribute band that takes its goofing off just seriously enough. Cook’s new band, the Scriveners, will perform its second show tonight, purveying a schizophrenic amalgam of original pop, punk, surf and Americana numbers — and, thankfully, no “Maneater.”

This full-production Neil Diamond cover band features a number of Austin veterans portraying the Jewish Elvis as an exaggerated, egomaniacal nut job (so, as himself, basically). “It’s the funniest cover band I’ve ever seen,” McCoy says. “It’s way beyond the pale.” Anyone still standing at 2 a.m. is sure to have some fucked-up dreams when they finally stumble into bed.