The Sins of Mike’s 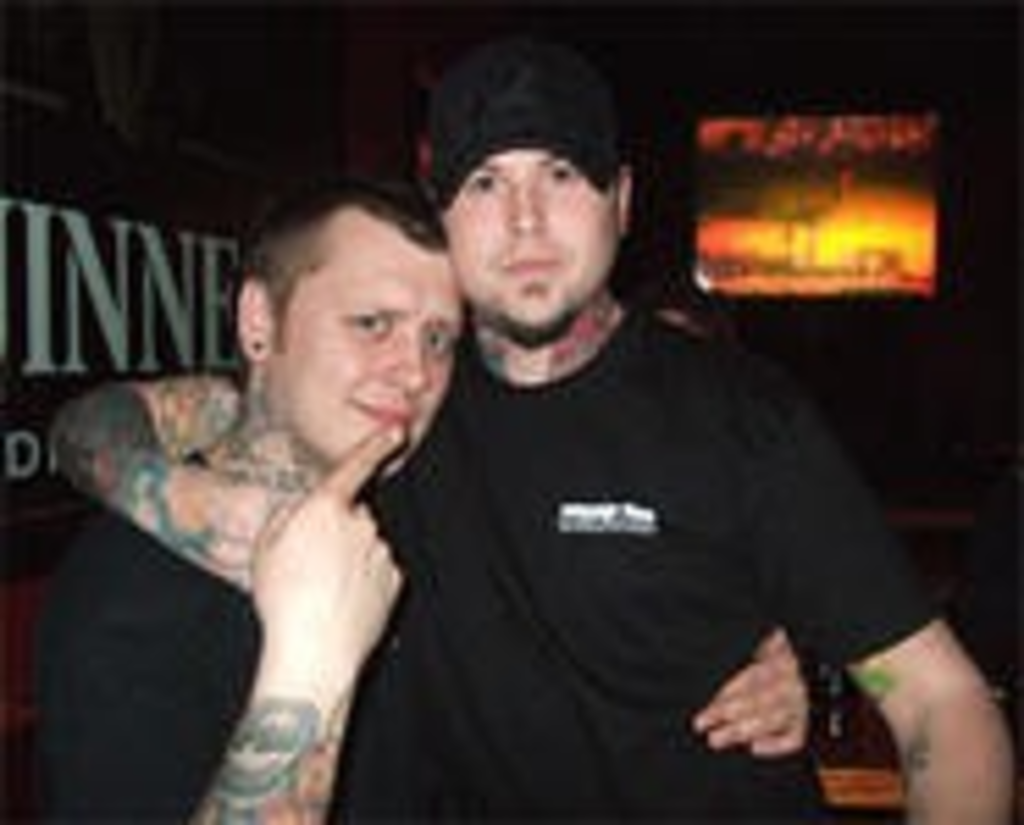 Sin lured us into Mike’s Tavern on a Monday night, but tales of near-debauchery, brushes with fame and cheap draws kept us out late.

We needed to get our week started right, so we headed over to 54th Street and Troost with Research Assistants Lorna, Cece and Peter for its service-industry night — aka “sin night.” Best known as a college hangout, Mike’s now brags on its Web site that Norm from Cheers used to hang out there when he attended Rockhurst College and that Paul Rudd supposedly stops in, too, whenever he’s back in town. We wonder if their visits stopped after that stalker-rific tip appeared online.

Anyhoo, even though we hadn’t been there for a couple of years, the place seemed reassuringly the same. The décor, however, had undergone some remodeling, including an expanded stage. The wall between the bar and the performance area is no longer there. As DJ Metal Mark played Grandmaster Flash’s “White Lines” and Michael Jackson’s “Billie Jean” between hits of ’80s metal, we sipped our icy-cold $1.50 PBR draws and reveled in the great dive-osity of Mike’s.

A new generation of fraternistas congregated in the back poolroom, and the People with Tattooed Necks took over a table in the back. A shamanlike guy with flowing gray locks flitted about, and a man in a black sweatshirt ominously hid beneath his hoodie. A couple of older gentlemen were deep in conversation at one end at the bar, and a trio of law students clustered at the other end and did shots of Jäger.

Naturally, we couldn’t help but eavesdrop on the lawyers-to-be as they talked loudly about the debating styles of their classmates. One well-lit woman with dark hair vociferously stated that what allowed her to take ’em on was the fact that she had been “raised by a manipulative bitch.” She later stood up and pushed her chair back angrily. As the chair clattered across the floor, she exclaimed to the guy next to her: “If you didn’t want your ass kicked by a girl, you shouldn’t have said that.” We were dying to find out what he said to piss her off, but they left. We’ll just assume that he either made a crack about tart reform or invited her to see his — cough, cough — legal briefs.

In the meantime, we approached the table of tattooed ones and met 26-year-old Rick and his friends Heidi and Johnny Tremayne.

“Hey, let’s see your hand!” we said, rather dorkily. We couldn’t help it — Johnny Tremain is still one of our favorite books.

We asked how they knew one another, and Johnny replied, “We’ll, we’re kind of swingers.”

“Don’t know what they are, but cheers,” Chris said before downing the wheat-colored drink, which they thought could be an orange-juice-and-peach-Crown concoction. Shots completed, Chris and Nathan told us that they’re fraternity brothers at Rockhurst and regulars at Mike’s.

Nathan told us about the night he went out to celebrate his neighbor’s 21st birthday. The neighbor took her 42-year-old mom along on a mad bar hop, which included stops at Harpo’s and Kelly’s. At the end of the night, Nathan and Mrs. Robinson were on the street and were thisclose to hooking up. But then the daughter walked by and thanked her mom for helping celebrate her birthday, which, naturally, killed the mood. “We looked at each other and said, ‘We shouldn’t do this. It’s probably not a good idea.’ In the end it worked out for the best,” Nathan concluded.

Yep, there’s nothing more satisfying that the thank-gawd-we-didn’t-hook-up moment.

At the bar, we met 65-year-old Charley, who claimed to have no tales of sin. However, he had plenty of stories about Mike’s. Charley has been hanging out at Mike’s since 1965, and he remembers the days when $5 would keep you drunk all night: Mugs of beer were 25 cents. He also pointed out the stuffed moose head behind bar, which had a cigarette in its mouth. There used to be an even bigger moose head behind the bar, and about 25 years ago, Hallmark came over to take a picture of it. The image ended up on playing cards, calendars and jigsaw puzzles. Note to Hallmark: Reissue that photo!

Better yet, Charley kinda-sorta knew George Wendt, aka Norm from Cheers. “I was here every night, so I probably saw him,” he said. “I didn’t know who he was. He didn’t know who he was.” Years later, Charley caught him on The Tonight Show. Johnny Carson said to George, “So, you went to a Jesuit college?” George replied, “Yeah, but I spent most of my time in a place called Mike’s Tavern.” Charley recalled, “Goddamn! He talked about Mike’s on national TV!”

Things came full circle later when Charley drove a cab and actually picked George up. “I’m trying to go to a place called Mike’s. Do you know where it is?” George asked.

Well, we definitely know where it is. It’s the place where everybody knows your name — especially if it’s Mike or Norm.