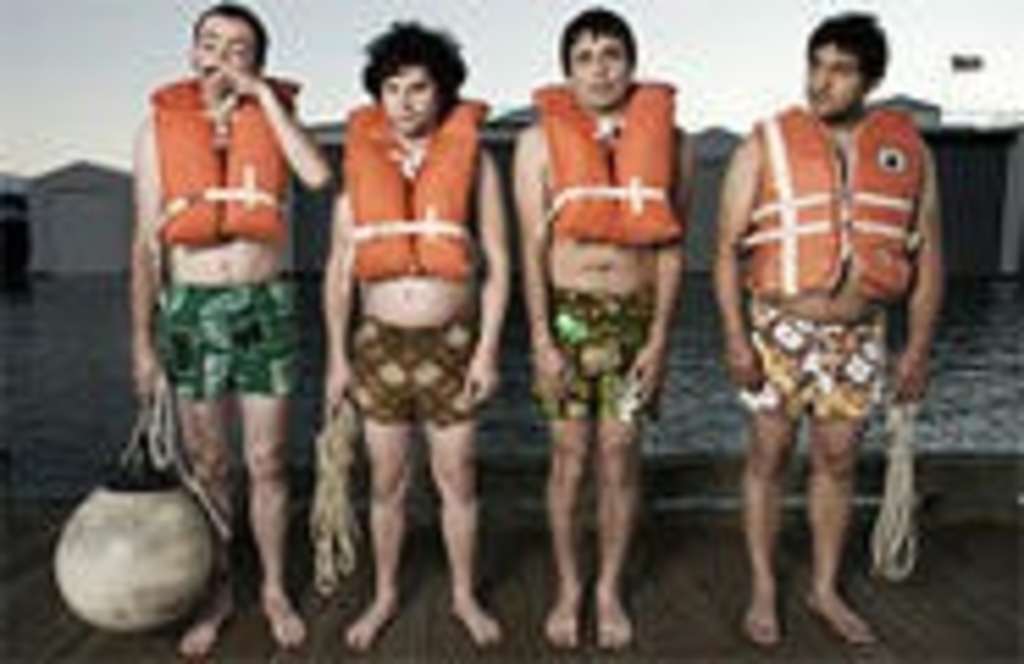 The Shins’ third and newest album, Wincing the Night Away, was readily available on illegal file-sharing services early last November, more than two months before its official release. But perhaps Wincing‘s No. 2 debut on the Billboard album charts — with a whopping 35,000 digital copies sold out of 118,000 overall — will finally quiet those who complain that file sharing is killing album sales. (Instead, folks can grumble about these two sold-out shows at Liberty Hall — especially because this just might be the last time one can see the Shins in such cozy environs.) Either way, Wincing is a solid step forward, an album that augments the group’s lush, homespun pop with watery atmospheres, trip-hop beats and murky synth lines without losing the burnished melodies and flowery poetry of yore. Whether the Shins’ live show has caught up with its tunes remains to be seen; the addition of Viva Voce singer Anita Robinson’s twittering on a recent Saturday Night Live performance of “Phantom Limb” added depth, but even she couldn’t save the coffee-shop strum “New Slang” from meandering into dullsville.