The Search for Zen 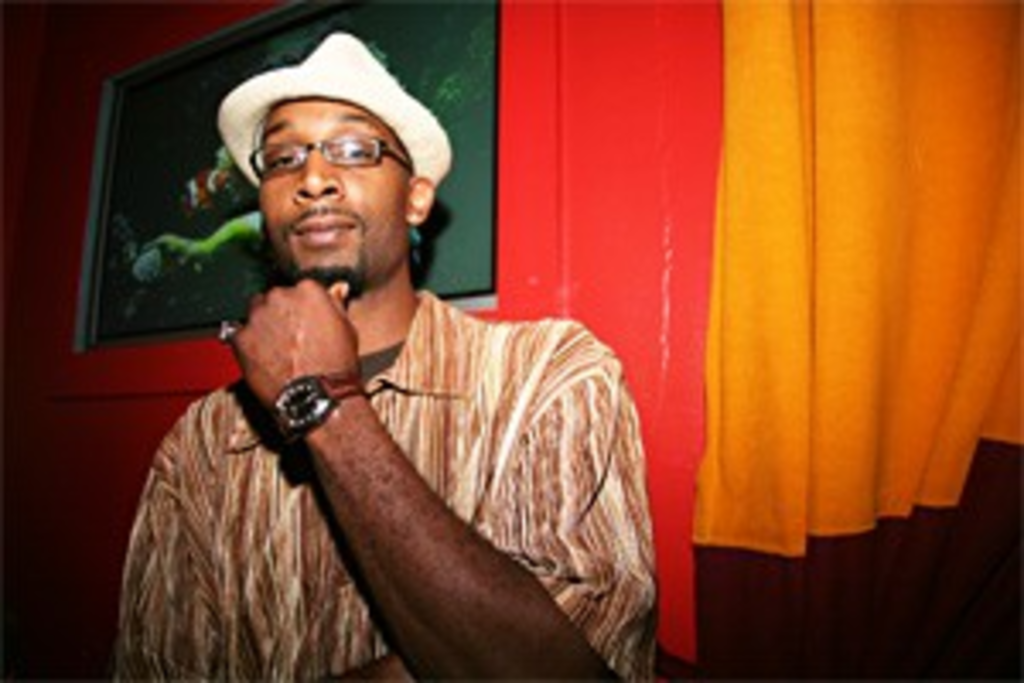 The Night Ranger is about to turn 5 years old in December and, quite frankly, I’m feeling a bit sodden. During that time, I’ve written roughly 240 columns and left a trail of drink umbrellas that would surely stretch from here to Topeka. Suffering what’s beginning to feel like a permanent hangover, I figured I needed to seek some sort of enlightenment. A new bar called Zen seemed like a good place to start. I was sure that after enough drinks — I mean, meditation — things would be clearer.

It turns out that Zen is the latest incarnation of the Grand Emporium, a club that’s seen its own dramatic transformation over the years I’ve been Night Rangering. From Friday to Sunday, the G.E. is now known as Zen, an upscale hip-hop club. It was initially called Tao, but owner Stuart Saloman got what he called a copyright-infringement “nastygram” from the Las Vegas club of the same name. The bar charges a $10 cover and enforces a dress code for women that bans flip-flops and tennis shoes and, for the guys, forbids baggy clothes and shirts printed with words or in certain colors. Clearly, that’s shirtist.

Fortunately, my eggplant-colored dress and yellow flats passed muster. I met Research Assistant Jaimie, and we waited about 20 minutes in line outside before getting in around midnight. Curtains covered some of the walls, adding a warm, sound-muffling touch, and red lights cast a seductive glow. The medium-sized room was divided into three sections. The main bar took up the left side, and panels partially blocked off the dance floor and the stage on the right. At the back was a cozy lounge area with cushy sofas and a smaller bar. The back lounge will probably evolve into a VIP area, but for now, it’s open to all and offers bottle service.

We headed to the main bar. My slow-coming $7 Absolut Kurant and soda arrived in a small glasstic container. We did a quick walk-through, then found a spot where we could stand and take in the scene. The club was crowded but not overpacked. The outfit-watching factor was great. Several guys rocked plain-colored sweater vests with collared shirts underneath. A couple of guys donned straw fedoras, and one dapper gent sported what looked to be a beige linen suit. Many of the women dressed more classy than slutty, though some chicks wore hot pants and tops that displayed their overspilling cleavage — which, come to think of it, I’ve probably seen more of in the past five years than any other barhopper in town. One woman had on a short, tight dress that showcased her dimply thighs. I spotted her from the back from about five feet away and could still make out the fat ripples just below her hemline. The jiggling effect was mesmerizing, in a Zen-garden kind of way.

Near us was a guy named Speedy. He wore a cool fedora, and the tall 30-year-old said he was at Zen because he used to perform at the old Grand Emporium. Hearing that the bar was hoppin’ again drew him out. He was part of a hip-hop group called Vertigo, which he said used to tour with Tech N9ne. I asked him if he had any groupies, but he said he was never into that part of the music business. “That was different for everyone else, but that’s just me,” he said. He also admitted that his going-out days were behind him. “I got a real job, had to go get real money,” he said.

After chatting with Speedy, I spotted a guy walking by us from the back bar. He held three drinks and had made a makeshift lid for the cups by poking a stirrer straw through a napkin. As he strolled toward the dance floor, I asked him what the napkins were for. “So I don’t get a mickey put in my drinks,” he said. I saw him later in the night, alert and upright and apparently mickey-free.

In the other room, DJ Sun Up Jones was onstage playing stuff like “Grillz” and “In Da Club.” We passed two guys strategically stationed near the entry point to the dance floor. They were in full meat-market mode and were giving the eye to passing ladies. Curtis, a cornrowed 26-year-old who wore a polo shirt with horizontal stripes, said he came to the bar for the women. Later that night, I ran into the two again in the same spot and asked how their quest was going. Curtis summarized it this way: “Lots of big booties.”

The other room was filled with gyrating bodies. Next to us, a man was doing the snarled-lip thing as he grinded on his female partner. During a reggae song, another man lifted his shirt and white tank top to expose his midriff as he grooved to the beat. A friendly looking guy who passed us put his straw fedora on my head. He smiled, took it off a few seconds later and put it back on his head. Then he moved on, still in a state of bliss.

Still seeking my own similar state, I decided to get another drink, and I met two lovely women at the bar. Beatrice and Jackie, both 28, came from Kenya to study at UMKC. Jackie said they’d been “besssst friends” for eight years and were at Zen to celebrate their bestest friend’s birthday. Naturally, being girly and all, we complimented one another’s clothing. Both Beatrice and Jackie were clad in attractive print dresses, and Jackie was wearing great vintage-looking cream-colored heels that she got from Baker’s.

I asked if they thought Zen was a good place to meet guys. “We’re trying to, but they’re all stuck-up,” Jackie said. “We’re pretty and fun!”

By that time, it was around 2, and the only thing I was enlightened about was that I’d had a nice time. Zen? I’m not so sure. But perhaps my perspective was blurred by so much professional drinking.

Friends, there’s only so much a girl can take. By the time you read this, I’ll be on vacation — in Paris! There, I’ll shop, look at famous art and drink lots of wine. When I come back, I’ll begin a new gig at The Pitch. What’s next for this space? Stay tuned.