The Russell and Casual Animal Brewing Company open Tuesday, plus a range of beer, spirits and Valentine’s Day events for February 5-11 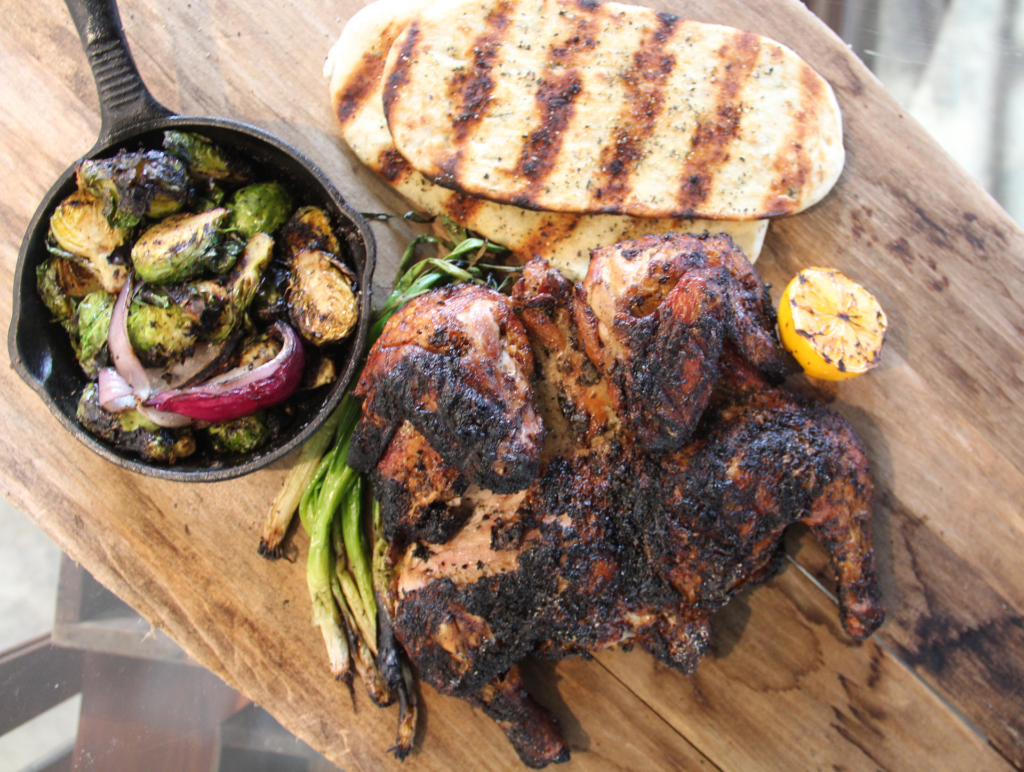 Anyone looking to try the “Impossible Burger” — the somewhat infamous vegan beef patty substitute that purportedly tastes remarkably like beef, and even “bleeds” — can do so beginning today at Tapcade (1701 McGee Street). The burger officially debuts at 4 p.m.

Two big openings occur today, including the Russell (3141 Main Street), which will serve a rustic lunch menu consisting solely of items cooked over and around open flame (alongside a selection of baked goods), and Casual Animal Brewing Company (1725 McGee Street), a new small-batch local brewery next door to the Brick in the Crossroads. The Russell opens at 10 a.m.; Casual Animal at noon. 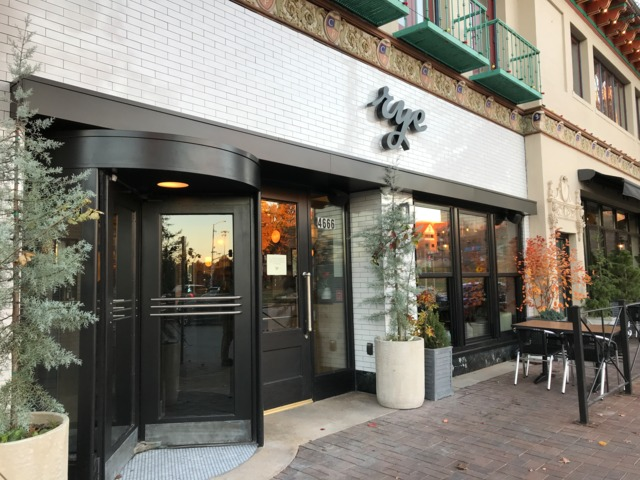 Rye on the Plaza (4646 J.C. Nichols Parkway) is getting themey with its name, serving a four-course dinner featuring pairings made with Templeton Rye and Boulevard Brewing Company’s Rye on Rye. Cocktails featuring Templeton 4- and 6-year Ryes as well as two Boulevard selections (Saison Brett and Rye on Rye), will be served alongisde dishes including barbecue oysters with an Anson Mills grits souffle, and a porter-braised beef short ribs with parsnip puree. The dinner is $85 a person, including tax and gratuity. More information and tickets are available here.

Alternately, diners can opt for a Stockyards Brewing Company beer dinner at Port Fonda (4141 Pennsylvania Avenue), the first in Port Fonda’s “Cerveza Series.” This dinner is $45 a person (not including tax and gratuity). Crispy beef tongue in a cashew mole and a smoked oyster tostada with roasted winter vegetables and garbanzo beans are among the food options. Call 816-216-6462 for reservations.

In Lawrence, Mass Street Fish House and Raw Bar (719 Massachusetts Street) is hosting a five-course paired wine dinner featuring a selection of Spanish wines. Among other dishes, diners will be served a Spanish octopus empanada with grilled artichoke hearts and romesco foam, and grilled lamb chops with orzo and a saffron aioli. The dinner is $75 a person (not including tax or tip), and reservations can be made via the restaurant’s website or by calling 785-856-1081. 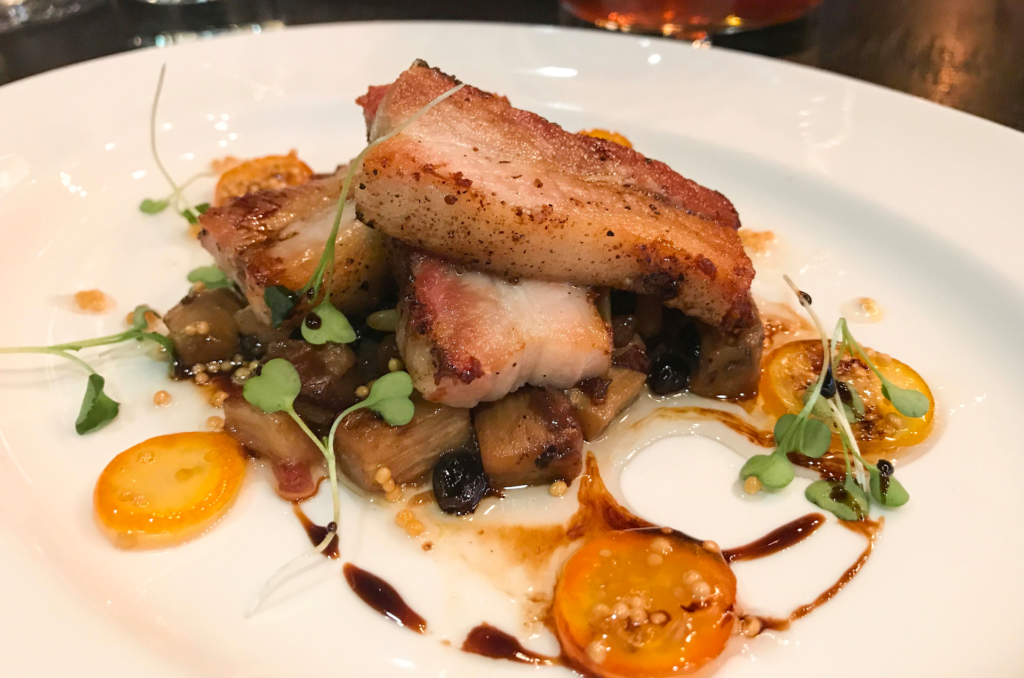 Pitch Golden Fork winner chef Bryant Wigger is debuting his specialty Valentine’s Day menu (which will run through the holiday) tonight at Tavernonna (106 West 12th Street, Hotel Phillips). For $45 a person, sample a three-course menu that includes (among other choices) a crispy pork belly with eggplant caponata and a pan-seared duck breast with smoked duck leg hash. Reservations can be made via Open Table.

The Valentine’s Day menu at The Monarch (4808 Roanoke Parkway) begins today. Its three courses include dishes with paired cocktails. One example course: sushi-grade Ahi tuna is served with butternut squash risotto and preserved lemon, with a cocktail from the Monarch’s “Floribbean Migration” options. Reservations can be made here from Friday through Wednesday for the $75 a person experience (the price does not include tax or gratuity). 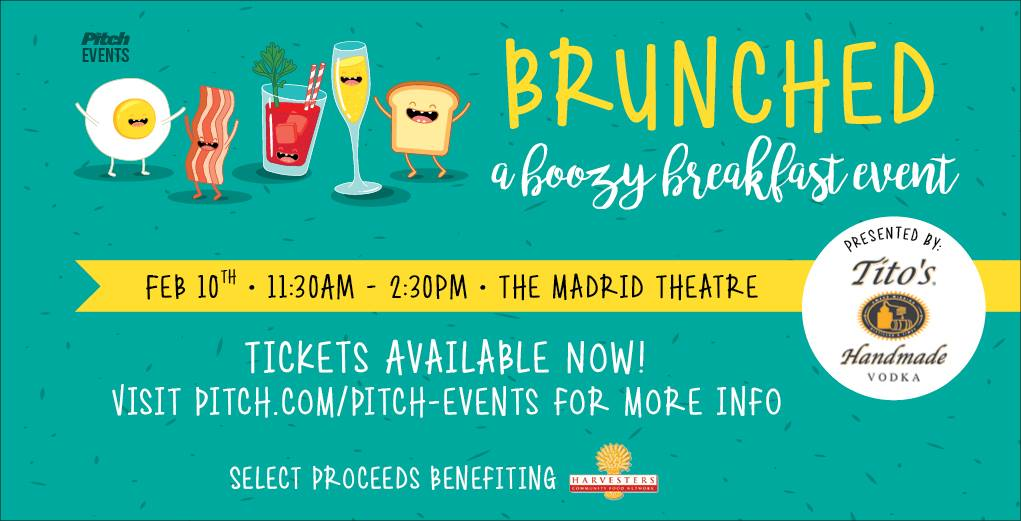 The Pitch‘s annual Brunched party begins today at 11:30 am. Start by sampling entries to the Bloody Mary competition (as well as other drinks available from sponsors Tito’s Handmade Vodka), then take a tour of the Madrid Theatre to sample brunch bites from EJ’s Urban Eatery, Pig & Finch Leawood, American Slang Modern Brasserie, Bizz & Weezy Confections, Boozy Botanicals, Californos, Dempsey’s Westport, District. Pour House + Kitchen, The Homesteader Cafe, Kearney Culinary Acadamy, the Mockingbird Lounge, Parker at The Fontaine, Pressed Penny, PRP Wine International-Kansas City and more. Tickets are $25 for GA and $35 for VIP (which gets you in a half-hour before other guests). Buy those tickets here.