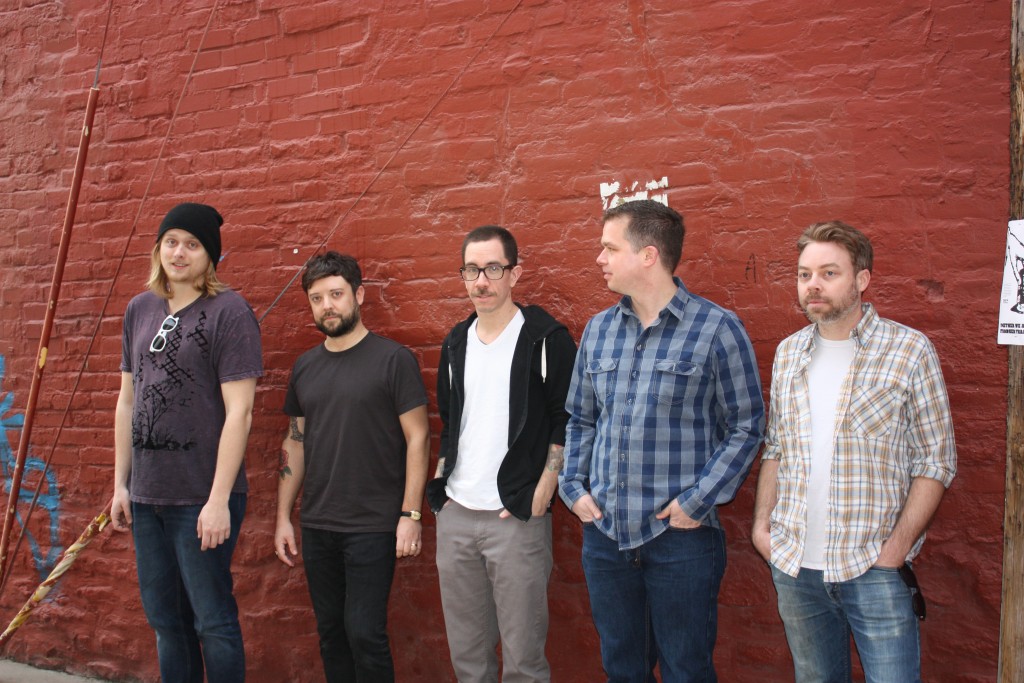 Lawrence’s the Roseline, is poised to release their latest LP, Good/Grief this Friday. The follow-up to 2017’s Blood sees the rockers really digging into the poppier aspects of what used to called alt-country. Much like the Jayhawks’ Blue, Good/Grief has the emotionally resonant aspects of folk music, but not afraid to dig into the blues and all other aspects under the collective moniker of roots music. The meditative lope of “Counting Sheep” is counterbalanced by the pure rock ‘n’ roll of “Inside Out,” which is itself contrasted by the heartbreaking ode to the band’s late organ player, Ehren Starks, on “Ode to Ehren.”

In short, Good/Grief is beautiful music, whose acoustic tendencies are offset by just enough electric power to make this a windows open, sit on the porch, drink some whiskey in the golden hour listen. The recording by Joel Nanos at Element Recording Studios lends it just enough instrumental punch to offset the delicate grace of the lyrics. If you’ve been looking for a record to fill that need for more that was sparked by Kacey Musgraves’ Golden Hour, this is absolutely it.

I sat down with Roseline’s frontman, Colin Halliburton, at the Eighth Street Taproom back in February to talk about Good/Grief and all things Roseline.

The Pitch: What I love about the Roseline is that you all play this style like that seems to have been ignored. There are all these folks who play red dirt country, which seems to have taken over, like your American Aquariums and your Turnpike Troubadours, and Old Crow Medicine Show being sort of the apex, but it seems like you all listen to a lot more Jayhawks. Your music is as much folk as anything: is that a sound you aim for or is that just how your songwriting translates?

Colin Halliburton: It’s just something I gravitate to, probably just partially due to like my lack of skill. Folk music and country music kind of just require that economy of chords and words. It’s just songs that anyone could learn, essentially. I don’t have any formal music training or anything. I learned a few chords and got interested in songwriting immediately, so rather than learning theory or how to be a lead player or anything, I was just interested in writing songs. That’s how I create the skeletons of songs that I bring to the band.

Did these songs work their way towards the recorded form in a live setting or was this stuff you wrote and then went into the studio to do?

It’s a mix of like, obviously, rehearsals and playing live, with more working out arrangements and parts in rehearsals. This one is a lot more collaborative, for me, than the last one, because I co-wrote it with Ehren Starks, who passed away, plus one song with the Toughies’ Sam Ramer, who plays guitar and he’s a songwriter, too.

Blood, the last record seemed very insular, almost solo, because I did it at the Lawrence Public Library. It started out acoustic to just a click track. Then, we just built on that, individually in four hours at a time whenever people could do it. This? I co-wrote some, brought songs to the band and we worked on arrangements, so this is a lot more like a band record.

Were you recording the new album live, as a band?

We did do the basic tracking with all of us in a room and then plenty of overdubs, but yeah, so it was different that way, too.

Yeah. I think that’s partly the writing approach and the recording approach. The physical room it was recorded in, compared to this one. I mean they’re night and day records, for me.

I love the fact that there’s a rocker on this one with “Inside Out.”

Yeah: my first attempt at that. [laughs]

It worked! I was listening and when that came on, I was like, “Yeah!”

Also in the sequencing – I was thinking about vinyl, too, because this is first one pressing on vinyl – so is that’s going to be the first song on the second side, so it can like wake you back up. I always try to really consider the flow of the record, even though it’s probably meaningless these days, in terms of Spotify, streaming, and not listening to whole records all the way through. It’s more playlist-oriented stuff, but it’s still cool to me.

What made you want to press this album on vinyl?

I’ve always wanted to, but it was always cost-prohibitive. I don’t know. I’m not even a vinyl collector, but something about it is still romantic to me – just that physical package – and people are buying it more now. So, I just did a real short run. I’m not gonna have boxes sitting in my basement for years.