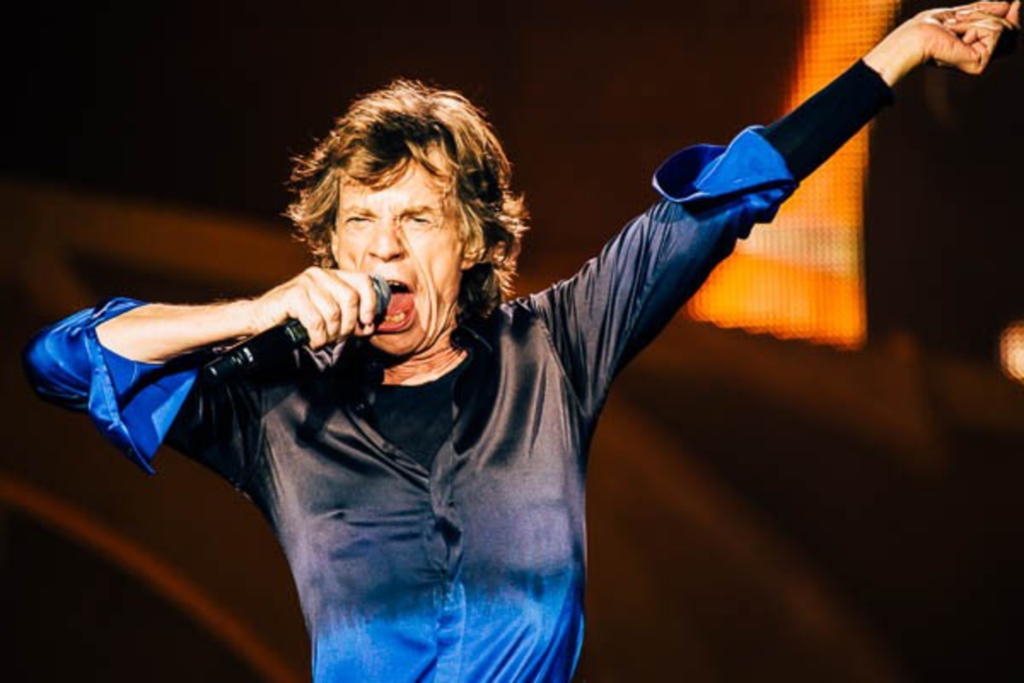 Taking a break from scorching temperatures and biblical downpours, the weather was impossibly perfect last night for the Rolling Stones appearance at Arrowhead Stadium. The band was making its first Kansas City appearance since 1999, and for the tens of thousands of fans that tailgated in fine Arrowhead tradition prior to filling up the stadium, the wait was well worth it. 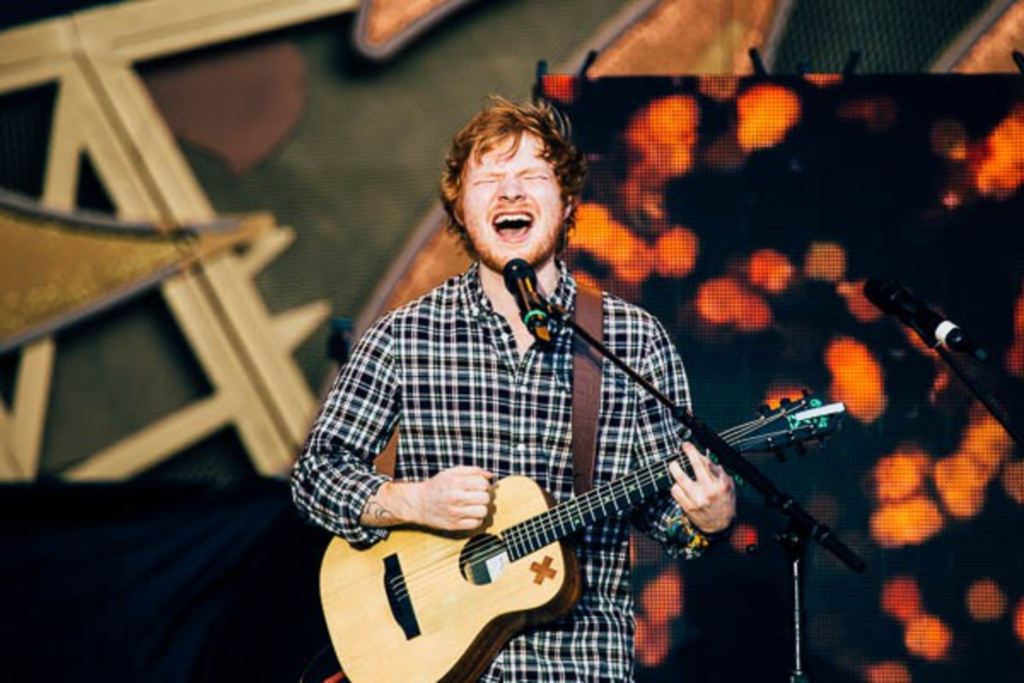 English rocker Ed Sheeran opened up the night. With no backing band, Sheeran charmed his way through a quick 30-minute set in his bold duty. Sheeran was last at the Sprint Center in 2014, so his experience with stadium shows certainly helped him occupy the large stage without being dwarfed by it.

Three large monitors in a row stood behind him, helping the audience see just how Sheeran works. He creates a series of looped recordings as he plays, first laying down a melody with which he can sing and also make a beat over, by knocking or drumming on his guitar. He got a strong response from the audience, particularly with his cover of  Stevie Wonder’s “I Was Made to Love Her.” 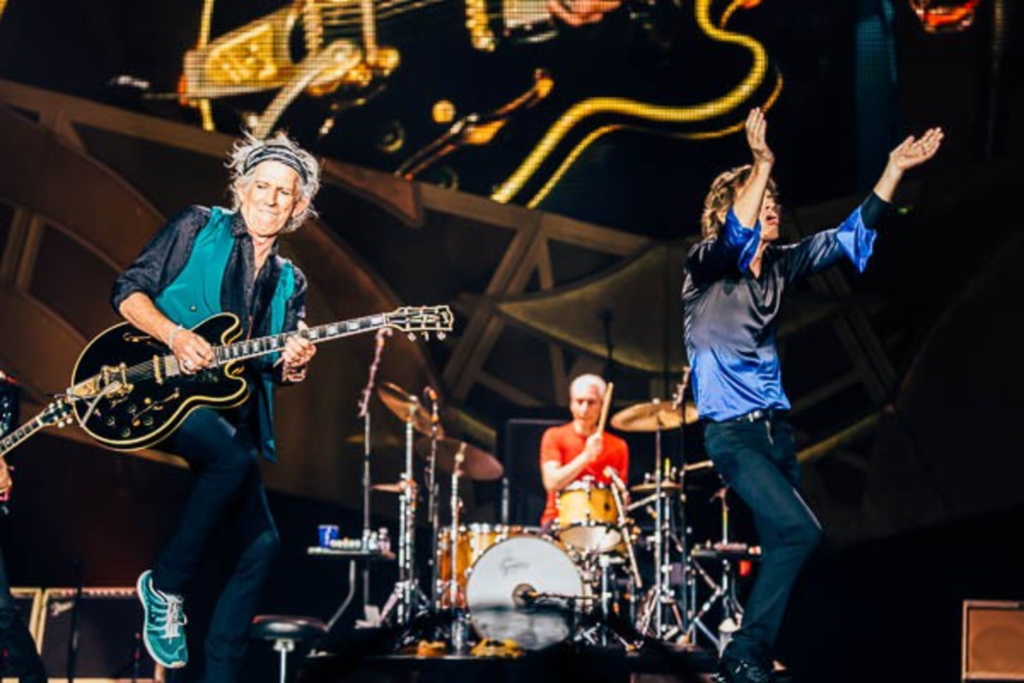 The Rolling Stones were brought up to the stage with an intro video right at 9:30 p.m., and while most of their shows on this tour have started with “Jumping Jack Flash,” the band went ’80s and chose “Start Me Up.” It was all there: Jagger strutted mightily with voice blazing, Richards’ and Woods’ guitars rang, and Watts made  his work on drums serious. The sound was loud and clear, and the air cool. For many around me, there was a feeling of surreal buoyancy.

“City of Fountains? Cowtown? Which do you prefer?” asked Jagger. The crowd murmured and for some reason, applauded, and Jagger responded with, “I thought so.”

He spoke to the audience just a handful of times. Unlike Paul McCartney, there were no stories from the band’s legendary 53-year run, but there were also no breaks in between songs longer than a couple of minutes. The pace was impressive. And yes, all of these guys except for Ronnie Wood are in their seventies, but it would have been impressive for a younger act as well to play a two-hour set with the energy that the Stones did.

And let’s talk about the age bit for a moment: Of course you can see the lines and wrinkles and all that, but the performance was so impeccably tight, so full of life, that even as the Stones were pulling from five-plus decades of doing this work, it seems that they carried the energy of a band that had just caught its first break.

Jagger moved around much as he always has: As he sings, he repeatedly runs and bounces up and down the length of the stage, and down the long thrust that went a hundred feet into the audience. He shakes his body and arms wildly. Richards and Wood likewise move nimbly, smiling and trading lines as limber bodies and fingers played. The band members genuinely seemed to enjoy each other, and though there wasn’t much verbal communication among them, the chemistry onstage was palpable. Maintaining those relationships over such a long period of time in a band this great may be one of the act’s most impressive feats. 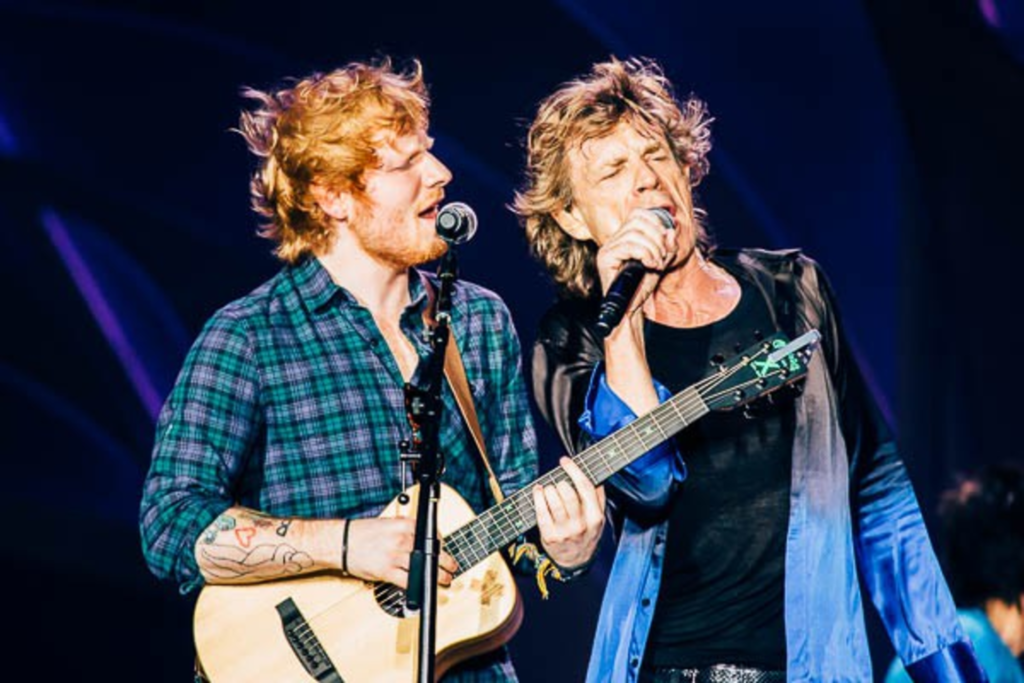 The Zip Code tour is loosely centered around the band’s re-issuing of the Sticky Fingers album, and most of the material from that album was back-loaded in the setlist. The first hour spanned their early catalog, including a warm version of “Beast of Burden” that included contributions from Ed Sheeran, who beamed like a schoolboy throughout the performance.

Prior to the somewhat obligatory cover of “Kansas City,” Jagger briefly explained that it was one of the band’s first songs. Once the song was finished, Jagger had some quick questions.

“Who’s from Kansas? Who’s from Missouri?” he asked to murmured responses. “It’s a subtle difference,” he concluded, shrugging. 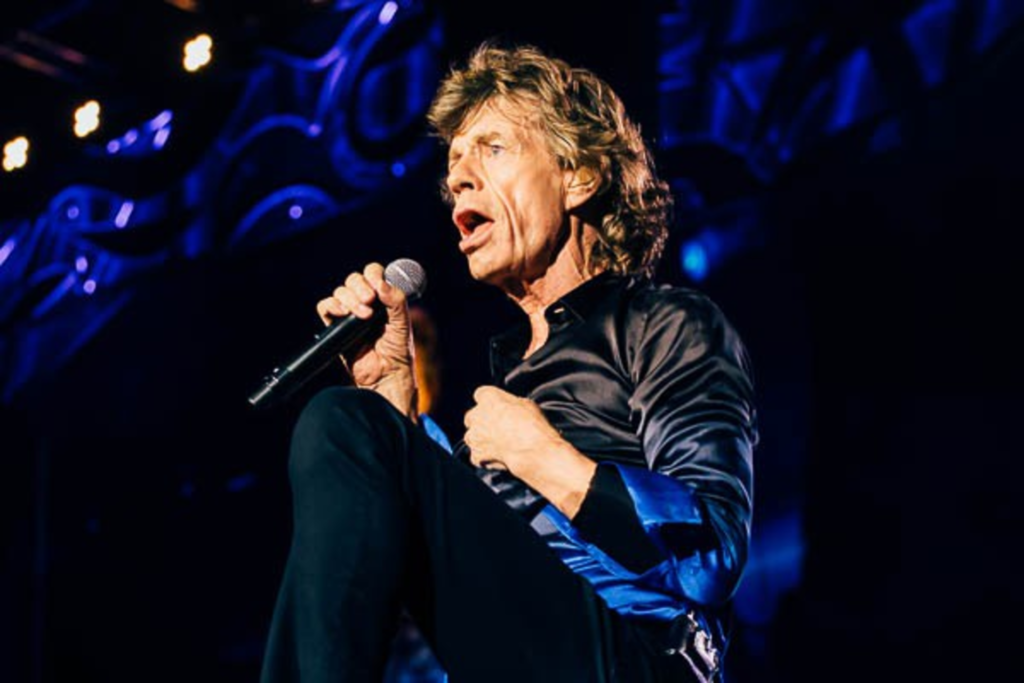 The night’s local request, chosen via an online poll, was a rousing, uplifting version of “Street Fighting Man,” from 1968’s Beggars Banquet. The inexhaustible, seemingly indestructible Jagger bounded up and down the thrust of the stage, shaking his ass for the audience once he reached the end. The moment had a timeless quality: The song itself has aged wonderfully, as have the performers who truly seems to be at the top of their game. The audience, as it had all night, erupted at the conclusion.

Keith Richards had some shining moments next as he fronted two songs, “Before They Make Me Run” and “Happy,” grinning throughout with blazing white teeth. Following Keith’s outing, Jagger returned to the stage for a highlight of the night, “Midnight Rambler,” during which he seemed to pour his heart into a harmonica.

The stage production itself was not necessary given the energy coming off of the stage, but it was still impressive: Massive LED screens behind the band made giants of the performers onstage, to the benefit of those in the rear seats. Jagger also employed some costume changes to his advantage, including a bold, big and bright red feather coat for “Sympathy for the Devil.” 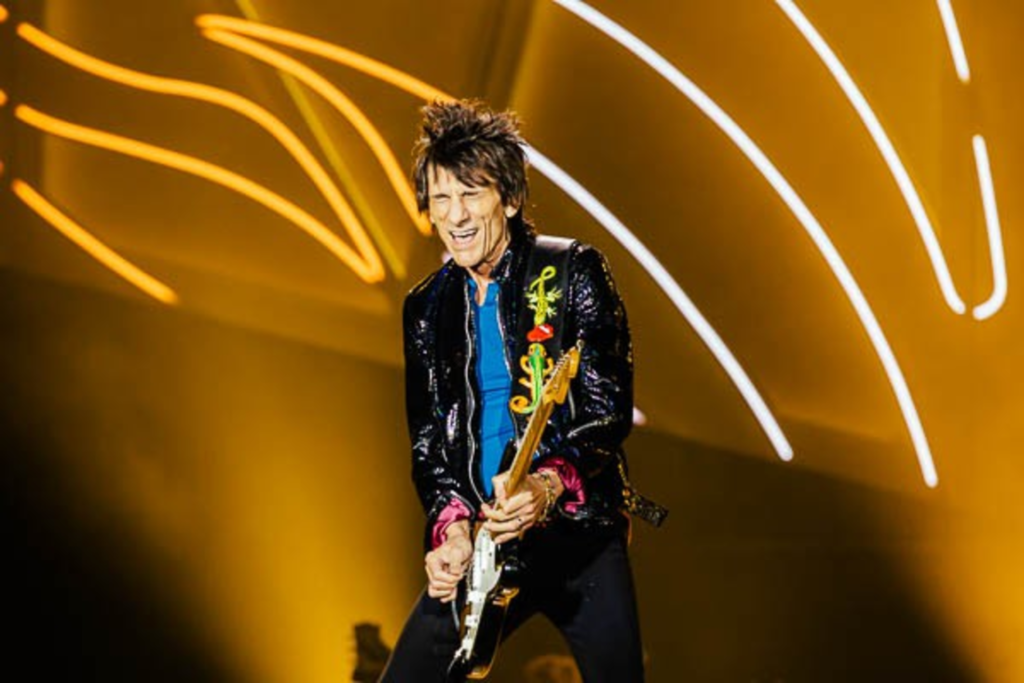 The encore was somewhat brief, but vividly memorable. The UMKC Chamber Choir joined the stage for “You Can’t Always Get What You Want,” and the entire stadium sang along, all led by Jagger at the front of the stage, a maestro with an unbelievable 53 years of experience. The band closed out with one of rock’s greatest songs, “Satisfaction,” and fireworks exploded overhead.

On a personal note, it’s hard not to end this review in a series of seeming clichés: This was one of the greatest shows I have ever seen, and every single moment formed an epic memory.

The Stones’ performance was truly remarkable — and not in the “for their age” type of way. Knowing that it may actually be the last time many of us have this opportunity to see the rock legends live gave the evening even more charge. If this show really was to be our goodbye, it will have been a fine one.

Leftovers: Holy merch tables. I mean. Wow. There were so many of them, everywhere. Dozens of t-shirts, jackets (including one in Chiefs colors), posters, etc. There were branded Rolling Stones shopping bags. These guys must make obscene amounts of money.

Ed Sheeran Setlist:
I’m a Mess
Lego House
Don’t / No Diggity / Nina
Photograph
The A Team
I Was Made to Love Her (Stevie Wonder)
Bloodstream
Thinking Out Loud

Rolling Stones Setlist:
Start Me Up
It’s Only Rock ‘n’ Roll (But I Like It)
Tumbling Dice
Doom and Gloom
Beast of Burden
Kansas City
Bitch
Wild Horses
Street Fighting Man
Honky Tonk Women
Before They Make Me Run
Happy
Midnight Rambler
Miss You
Gimme Shelter
Jumpin’ Jack Flash
Sympathy for the Devil
Brown Sugar
—
You Can’t Always Get What You Want
(I Can’t Get No) Satisfaction