A Riot Grrrl revival with Elisabeth Moss in Her Smell 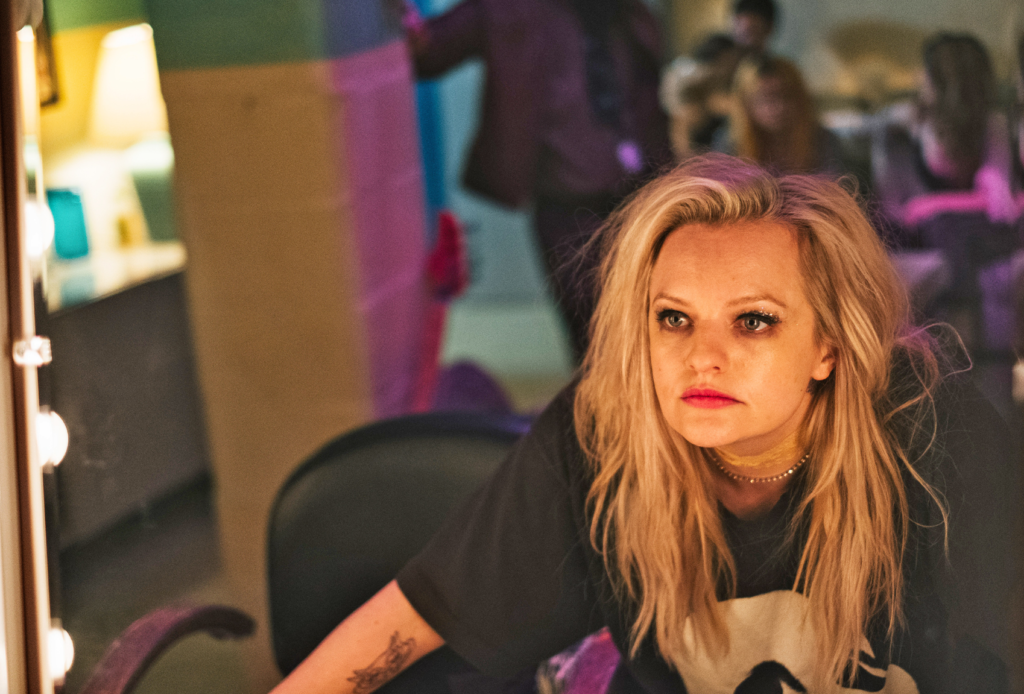 With Natalie Portman in Vox Lux, Elle Fanning in Teen Spirit, and now Elisabeth Moss in the new indie movie Her Smell, we’ve seen a surprising succession of female-fronted fictional pop star movies of late. Those first two were set in a version of the dance-y and glam singing-competition world we live in today. Her Smell, on the other hand, is an affectionate love letter to 1990s guitar rock.

It’s impossible to watch Moss stumble her way through drug-fueled backstage drama and imposter-syndrome studio fights without thinking of Courtney Love. And with her long blond locks, smeared make-up, and punk-goth chic, Becky Something (Moss) is even a dead ringer for Love. But the actress is also one of the most fearless working today, and she plunges bloody-head-first into the role, determined to show that behind all the false bravado and anti-social behavior is a talented artist afraid to be herself.

Her Smell is writer-director Alex Ross Perry’s third collaboration with Moss (after Queen of Earth and Listen Up Philip), and the filmmaker puts all of his faith in her to carry it. The movie sports a simple-yet-adventurous five-act structure that focuses mostly on the damage Becky inflicts on her friends and family. Her band, Something She, experiences moment of success, but they’re fleeting, glimpsed in reverse order as VHS-style snippets from a distant past. Meanwhile, the film’s main acts move forward in monthly increments.

One of the strengths of Her Smell, besides nailing the vibe of the ’90s alternative rock boom, is that it doesn’t try to replicate the rock biopic formula. Rather, it presents five defining scenes in Becky’s life, played out in virtual real-time. Hand-held long takes follow her as she moves like a hurricane, wreaking havoc upon anyone in her path. But these are skillfully mixed in with overlapping dialogue and quick-cut editing that amplifies the chaos. One big MVP is composer Keegan DeWitt, whose discordant score conspires in the background to always keep the audience on edge.

We do see some growth out of Becky, though unfortunately it is signaled by her playing an irony-free piano version of Bryan Adams’ power-ballad “Heaven.” But maybe I’m nitpicking. She does open the movie with a pretty rad cover of The Only Ones’ “Another Girl, Another Planet.” So, there’s that. And for every cheesy and surprisingly earnest moment that ends up being just a bit out of reach for this story, the director and star capture twice as many moments that ring true. And the fact that they create any kind of sympathetic three-dimensional character out of the supremely difficult Becky Something is … truly something.