The Rieger’s got serious game 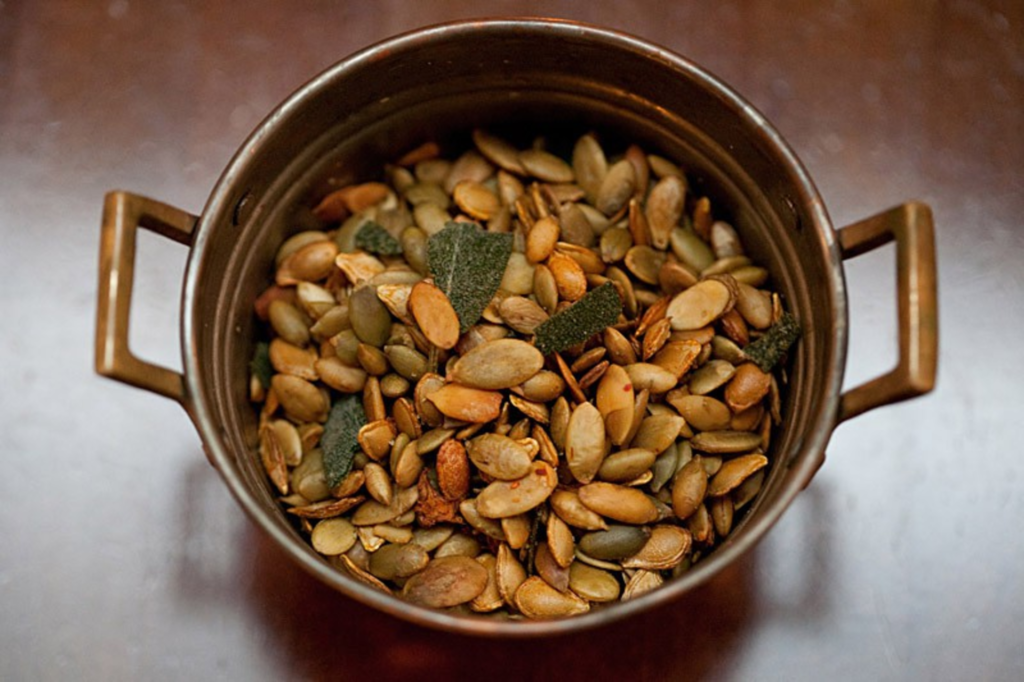 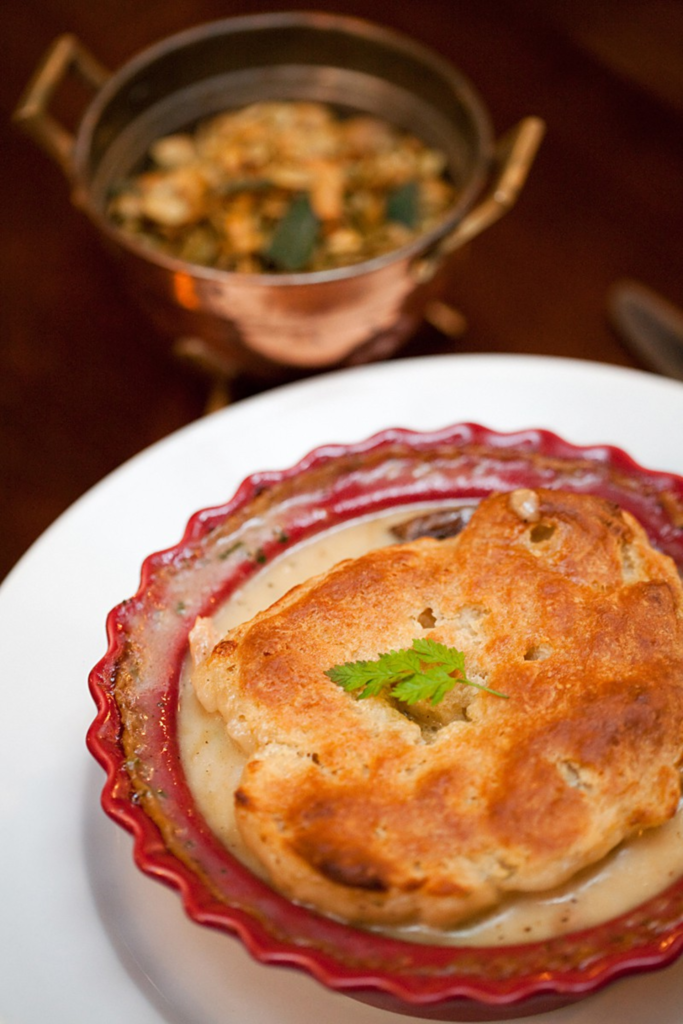 If you happen to have a couple of million bucks stashed away, you can purchase the old Rieger Hotel building, just south of 19th Street and Main. For considerably less, you can eat a damn good meal on the first floor, in a smart-looking sage-green dining room that was once the lobby of a three-story hotel.

Was there ever a dining room at the Rieger? According to city directories of the period, probably not. It was a modest lodging facility when it opened in 1915. The glamorous hotels of the time — the Hotel Baltimore, the Muehlebach (which opened the same year as the Rieger), the Savoy — were in the heart of Kansas City’s theater and shopping district. The Rieger, like the vacant Midwest Hotel across the street, was designed for salesmen passing through town, a class of traveler more likely to want a bucket of ice and a bottle of rye sent up to his room than to look for a meal with his lodging.

It was a hotel built with whiskey money. Owner Alexander Rieger was the son of Jacob Rieger, who proudly boasted that he owned “the largest wholesale mail-order whiskey house in the United States.” That was before Prohibition put him out of business.

It’s fitting, then, that a hotel established by whiskey profits would go on to have a long and raucously intoxicating career, including stints as a country-western saloon and, later, a no-holds-barred gay bar called the
Dixie Belle Lounge.

It’s still a potent place with a distinct vivacity, which I rarely experienced at the snootier restaurant that preceded Hanna and Maybee in this space. The new owners’ wise choices started when they gave the long dining room a fresh look, with cool colors on the walls and vibrant, interesting paintings. (One of the silent investors owns an art gallery.)

Chef Hanna’s tastes lean toward solid farm-style cooking, and he believes in serving up satisfying, hearty meals. There are no precious, delicate portions coming out of his kitchen. (I always left the previous tenant’s restaurant still hungry — and broke.)

Hanna has delayed introducing his lighter spring menu until the weather turns properly balmy, and he says he’s keeping his rich rabbit potpie on the menu indefinitely. As warm and comforting as a flannel blanket, it’s a creamy concoction of fresh peas, carrots, poached garlic and soft pearl onions, with fork-tender pieces of what the French call lapin. Some of my friends see rabbit on a menu and think of sweet, fluffy Beatrix Potter characters. I prefer my Peter Rabbit this way: braised and covered with a drop-biscuit crust.

The animal in more jeopardy around Hanna is the pig. His house soup is a revitalizing crock of succulent pork confit, simmered in a porky stock of roasted garlic cloves and pig bones, pig feet (“It gives it body,” Hanna says), vegetables and herbs. With a few slices of buttered Farm to Market bread, the soup could stand alone as an entrée.

But if I were going to invent an entrée from a starter here, I would opt for a double portion of the pasta appetizer that I sampled one recent night: handmade fettuccine noodles that Hanna had concocted from flour and eggs and then marinated with aromatic fresh truffles. He served these in a truffle-butter sauce with nutty pecorino cheese. Our server suggested that I get a bigger portion as an entrée, but I was ready for something lighter: Hanna’s flaky filet of rainbow trout, dusted in brioche crumbs and sautéed. It was light as a feather, perched gently on a soft mound of butternut-squash purée.

There are other pasta dishes on the current menu, including a manly portion of pappardelle Bolognese in a robust ragu featuring pork, beef and veal. And because the Crossroads has become a tourist destination, there’s a magnificent 22-ounce rib-eye, grilled and served with “Tuscan fried potatoes” that look and taste like good old-fashioned, deep-fried American home spuds.

Our grinning server rattled off the night’s desserts as if he were reciting a passage from the Kama Sutra. The most absurd creation, a delicacy that might have been dreamed up by Tim Burton, came from local pastry chef and bakery owner Natasha Goellner. “Her brother works in our kitchen,” the waiter whispered. “So sometimes she comes in here at night and invents desserts for us because she gets bored.”

Her creation for that night was a supple, surprisingly light ivory mousse of whipped triple-cream mascarpone folded over a center of sweet lemon curd (with a hint of blood orange). A scoop of lime ice cream and a wedge of fluffy baked meringue, flavored with orange water and poppy seeds, finished the dish.

I ate several lunches at the Rieger Hotel Grill & Exchange before the afternoon when I discovered my new favorite metro-area pork-tenderloin sandwich, its pillow-soft meat encased in a light tempura crust and drizzled with violet-colored tendrils of pickled red onions. There’s a first-class burger here, too, served on a chewy pretzel roll and blanketed in cheese — sharp cheddar or lewd blue. Two of my lunch companions ordered, and all but inhaled, Hanna’s lasagna: jade-green spinach pasta layered with the meaty Bolognese and a creamy ricotta.

I promised a vegetarian friend, who swears he doesn’t like eggplant (I know — who doesn’t like eggplant?), that he’d develop a lust for Hanna’s Al Capone, a grilled panini made with crispy fried eggplant, briny gaeta olives and house-made mozzarella. I know I did, and I’ve never been all that passionate about pan-fried melanzane. My only complaint about this sandwich: It needed more eggplant.

The day I lunched with two co-workers, one of them scandalized me by ordering the trio of whiskey-filled chocolates — shades of Jacob Rieger! — created for Maybee and Hanna by local singing pastry chef Carter Holton. The chocolate balls looked innocent enough, but their effects were swift and amusing to behold. The milk-chocolate shell contained scotch; the dark-chocolate candy held Jameson Irish whiskey; and within the cocoa-dusted ball was a splash of Maybee’s own apple-wood-smoked bourbon. Watching one of my companions chew each candy, his eyes widening and his smile spreading woozily, suggested a scene from a more sozzled Willy Wonka and the Chocolate Factory.

This intoxicating final note pays homage to the founders of the Rieger Hotel as it offers tribute to the imagination of the new restaurant’s owners. Maybee insists that the 96-year-old building isn’t haunted. But if it were, I’d bet the whiskey-peddling ghosts of Rieger père and fils would be thrilled with this restaurant. It has given this building a brand-new life.