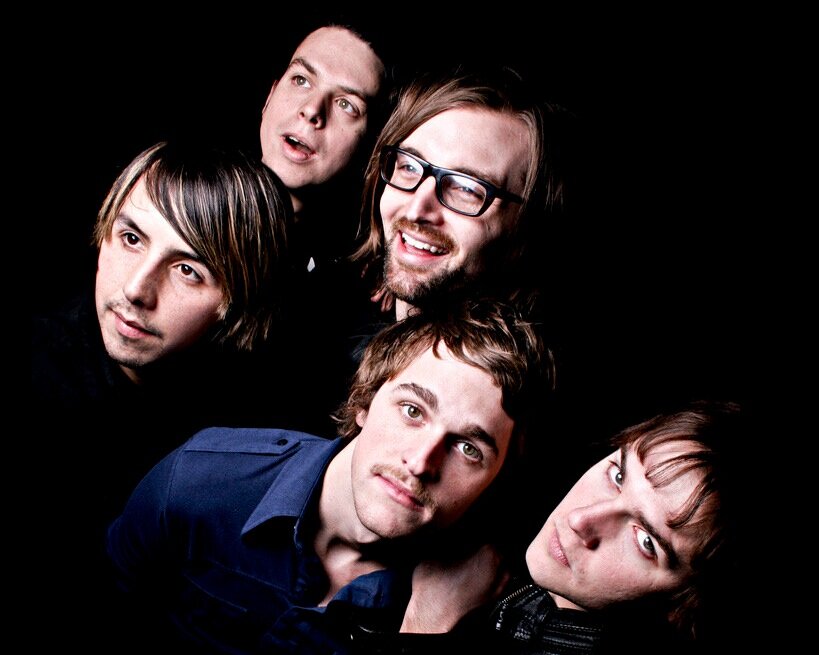 Over eight years ago, indie rockers the Republic Tigers recorded Mind Over Matter. The album was supposed to be their sophomore full-length, following on the heels of two EPs – their 2008 self-titled debut and 2011’s No Man’s Land – and their first LP, Keep Color. While the album was originally announced for a 2012 release, thanks to what the Tigers’ Kenn Jankowski delicately refers to as “issues,” the album was shelved – that is, until now, courtesy of Kansas City record label, the Record Machine and its CEO, Nathan Reusch.

The story’s an interesting one. In early March, Jankowski’s current band, Jaenki, was scheduled to play a benefit show at the Record Bar, but at the last minute, lead singer Stephanie Perkins was unable to make it.

“Last minute, I kind of had to figure out how to play some Republic Tiger songs, and I just loved it,” Jankowski recalls when I speak with him and bandmate Ryan Pinkston by phone. “Nathan [Reusch] was there and he offered to help. I started really re-reading lyrics and re-listening to music and finding all sorts of new meaning in a lot of it, that I loved.”

The fact that it’s only taken a little less than three months from thinking about the possibility of finally releasing Mind Over Matter to it coming out is, as Pinkston puts it, “wild.”

“It’s almost hard to explain,” Pinkston continues. “To have something that you worked so hard on to just also become something where you’re like, ‘Well, I guess that’s that. Whatever.’ I think we all just let it go, even though it was something we really wanted to happen.”

Pinkston and Jankowski attribute part of the sitting on Mind Over Matter for so long to the fact that, prior to Jankowski and Reusch’s early March discussion, the Republic Tigers had never had anyone approach them to support the thought of figuring out how they could go about releasing the record.

“Because of this weird legal limbo state, we didn’t really know how to move forward with it unless we had some sort of legal help,” explains Pinkston. “Just help from a label of some sort. For us to self-release it, there’s too many legal boundaries or hoops for us to jump through.”

Another aspect to it, Jankowski offers, is the way making music has changed since the Republic Tigers’ early days, and how a label can muddle in the creative aspect. He feels that when too many things get thrown into the process, it slows everything down, causing music-making to become a lot less enjoyable.

“When we started making music together, we would write a song and we would put it up on MySpace,” Jankowski says. “Then we would write another one, and we’d put it up. It was just a quick little creative process that we really enjoyed because we were done with a song, and people got to hear it. We’re kind of a simple like that, I guess.” 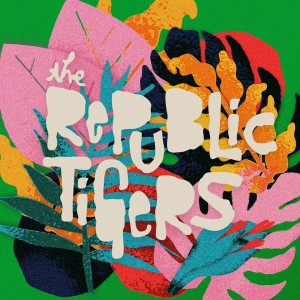 Mind Over Matter is being released just as it was originally intended in 2012. These songs haven’t been remastered, remixed, or otherwise fussed with, and Pinkston says that’s part of the Republic Tigers learning how to relax and rejoin the creative flow which came with the simpler time of making music.

“I think we’re always going to be so picky, no matter what,” he says. “Nothing’s ever perfect and we kind of got to the point where it’s like, ‘You know what? Treating this as a timepiece is kind of cool.’ We kind of liked the idea that these are the masters that were supposed to be released.”

“I think it’s fine if I can get over like some stupid picky things, like, ‘Oh, this doesn’t sound very cool,’ or the guitar or keyboard is a little too buried or whatever,” agrees Jankowski. “Big picture, of course, there’s always gonna be something to change and those are probably things that the average listener aren’t even gonna notice.”

He continues on to say that it had been so long since he listened to the album, that he forgot the original intentions behind a lot of the words and meanings.

“Listening to it from the perspective of now, it kind of kind of blew my mind a little bit,” Jankowski says, regarding the words he wrote almost a decade ago. “It’s a little scary if you apply these lyrics to now, and freaks me out a little bit, but that made me feel like every artist probably is experiencing the same thing.”

What’s especially fascinating about listening to the Republic Tigers’ Mind Over Matter with the knowledge of the last seven or eight years of musical history is the fact that, had it been released when originally intended, it would’ve been way ahead of the curve. The sounds on it – such as the arpeggiated synths which start out “Orion,” for example – beat what the New Pornographers did on Brill Bruisers to the punch by two or three years.

“We usually try to think as forward as possible,” responds Jankowski when I posit that to him. “Also, we try to think about what seems kind of timeless at the same time.”

“Maybe we don’t always accomplish it perfectly, but in most of our songs, we try to include some timeless- factors,” agrees Pinkston. “Hopefully, in 20 years, you can listen to this and not be grossed out by a fad that you’re hearing, but just stoked on a good song.”

One of those good songs is the first single, “Falco Peregrinus,” which drops this Friday, May 29, with Mind Over Matter proper following on Friday, June 5. Jankowski describes the five and a half minute track as a summarized version of the album, in a way.

“Kind of – there are a lot of elements on the album that are not in that song, but I feel like the message and the overall feel of that song is not necessarily geared for radio or anything like that, but for people who like to listen to music,” Jankowski explains, with Pinkston jumping in to explain that the song has a good mix of high dynamics and different moods.

“It kind of takes some twists and turns that are unexpected, maybe, but we also just like the vibe of it, too,” Pinkston states as we wrap up. “We want to put like a nice colorful cool song that has a lot of layers and is dynamic. There’s this idea that a song like ‘Falco’ gives people something that’s more of an adventure and a journey.”

Mind Over Matter is out Friday, June 5, from the Record Machine.